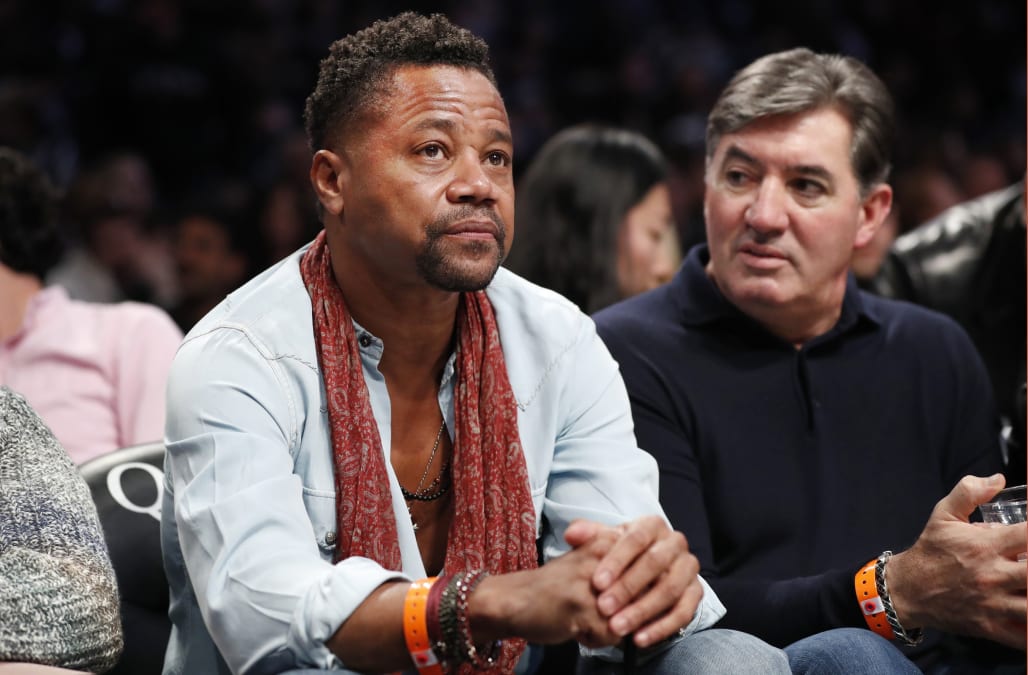 In papers filed by Manhattan prosecutors Tuesday, seven more women detail alleged inappropriate behavior by the 51-year-old actor from 2003 to 2018. Two incidents supposedly occurred at the Sundance Film Festival in Park City, Utah while others are said to have taken place in Los Angeles, New York City, San Francisco and Atlanta. The D.A.'s office intends to use the uncharged crimes as evidence to prove the actor's "prior sexual abuse of other women."

He is awaiting trial in New York City on misdemeanor sexual abuse and forcible touching charges from three incidents. Yahoo Entertainment’s attempts to contact a representative for Gooding Jr. were not immediately successful.

Gooding is accused of groping, kissing and forcibly touching women without their consent in the new filing. At an event for a movie in 2005, a woman claims the actor "grabbed her breast and slid his hand down her chest area," according to the papers obtained by Yahoo Entertainment. After she told him to stop, Gooding allegedly did it again and attempted to follow her into the women's restroom where she "had to push the defendant out of the bathroom." One week later at another event for the same movie, Gooding allegedly grabbed her "buttocks without her consent."

In another instance, the Jerry Maguire star is accused of assaulting a woman in January 2009 at the Sundance Film Festival. While out together one night "the defendant repeatedly asked" the woman why she wasn't drinking, allegedly stating, "aren't you a picky b****?" When she decided to leave, Gooding "seemed agitated," per the documents. He apparently tried to kiss her without her consent and when she pushed him away he "placed his hands on her buttocks." The woman "felt the defendant push his hand forcefully into the crotch area of her tights, placing his fingers on her anus" causing her tights to rip. The woman got away by biting the actor's cheek, prosecutors claim.

Another woman alleged she was groped in the Buckhead area of Atlanta in 2011 by the Oscar-winning actor. When she confronted Gooding the pair allegedly got into a "verbal argument" where he threatened, "I know you want to be an actress; I can ruin you."

In 2016, Gooding allegedly "forcefully" touched a woman's vagina without her consent. He purportedly stated, "you are peeing on me tonight" and gave her his phone number. When he saw her two years later at the same restaurant in Malibu, he allegedly made another lewd comment.

The actor is accused of similar misconduct by three other women in Monday's filing, all of which his lawyer is denying.

"Unfortunately, people come out of the woodwork, making false allegations against Cuba, as often times happens when a celebrity is accused by the District Attorney’s Office in a Public Forum," Gooding Jr.'s attorney, Mark Heller, told Page Six.

Gooding's total number of accusers now stands at 22. He faces six counts of misdemeanor sexual abuse and forcible touching involving incidents with three women. Prosecutors want the other 19 alleged victims to be heard in court to prove a pattern of behavior which they believe shows "the defendant's intent to gratify himself sexually, which is an element of sexual contact," according to the documents, and that the repeated behavior proves "lack of mistake or accident on his part."

The actor has pleaded not guilty to all charges. The avalanche of misconduct allegations surfaced after his initial arrest six months ago when a woman claimed she was groped on June 9, 2019, at a bar in New York City. Gooding is due back in court on Jan. 22.

More from Yahoo Celebrity:
John Legend defends his 'Baby, It's Cold Outside' remake: 'It wasn't supposed to be preachy at all'
Ryan Reynolds recruits 'Peloton wife' for hilarious new Aviation Gin ad
Clinton talks about her sexuality with Howard Stern