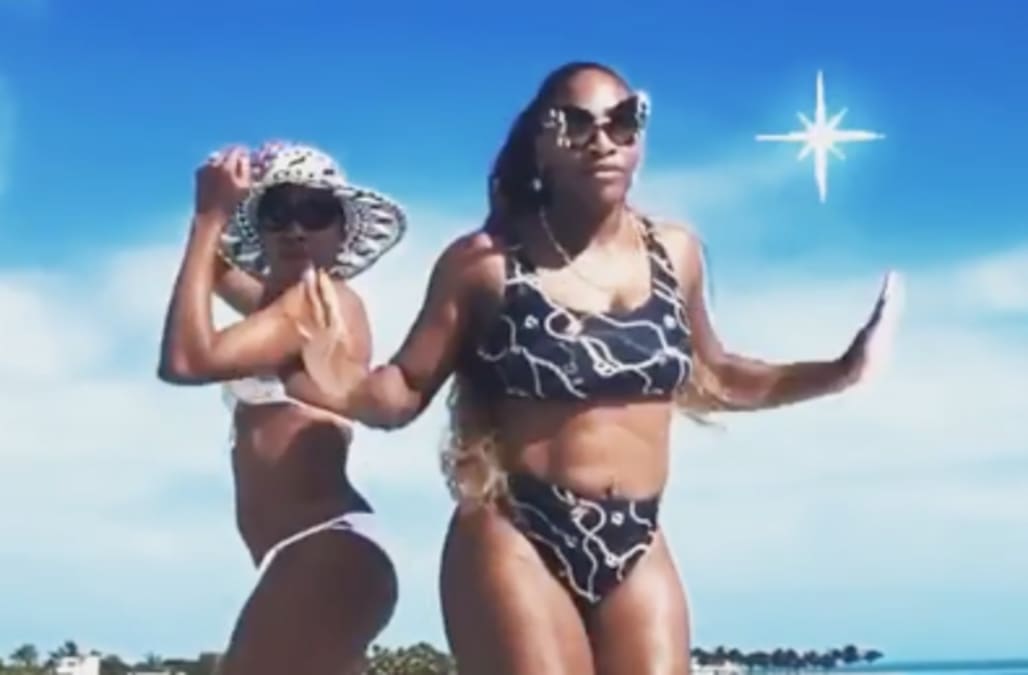 Venus and Serena Williams went on an epic girls' trip to the Bahamas last week, and the tennis legends were living their best lives as they made the most of their off-season.

The Williams were joined by sisters Lyndrea and Isha, as well as several friends, for their trip, which involved hanging out at Atlantis, multiple boat rides, beach photo shoots and a rowdy flight home on a private plane.

In several photos and Boomerangs posted to their Instagram accounts, Venus 39, and Serena, 38, showed off their fit physiques in patterned bikinis as they danced on the top deck of a luxurious boat they were hanging out on.

"Yacht got time?" they both captioned dueling Boomerang posts.

In two other solo shots, they also had matching captions: "I ain't got Yacht type."

I ain’t got Yacht type

I ain’t got yacht type ;) @serenawilliams

In addition to sharing another chic photo of herself posing on a boat (this time in a chic black one-piece and matching hat), Venus also posted a sultry snap of herself sitting on a throne at the Atlantic Bahamas resort.

"Queen Vee, at Sea, Compton Royalty," she wrote, referring to the city that she was raised in.

Serena also shared a gorgeous shot of her older sister wearing a neon yellow dress on the beach and said, "Doubles partner sister soulmate one of my fav sisters."

Doubles partner sister soulmate one of my fav sisters @venuswilliams

In another photo that the 23-time grand slam champ posted on her account, she showed off her impressive flexibility, lifting her leg all the way past her head as her lengthy hair hung down her back.

"Morning warmups with Trixie (this ponytail is so EXTRA I had to name her)," she joked in the caption.

Venus and Serena are currently enjoying the tennis off-season by blowing off some steam with their pals, but they're also likely putting in the work on the court behind the scenes, as both as expected to play in the first grand slam of the year, the Australian Open, in January.

RELATED: See more photos of the Williams sisters through the years: