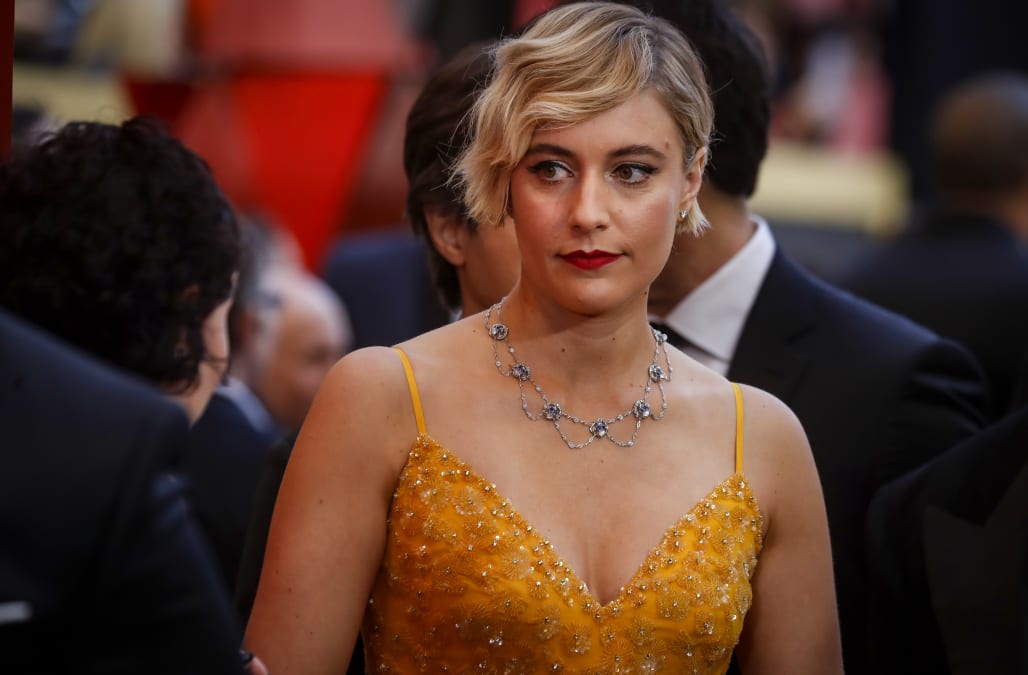 Snubs and surprises are par for the course when it comes to award show nominations, but outrage over the shut-out of women in the best director category for the 2020 Golden Globes is proving considerable.

Women nominees and Hollywood gender equity watchdogs have expressed disappointment and anger over the exclusion of at least four women who have been considered top contenders in the category — including Greta Gerwig, Lulu Wang, Lorene Scafaria and Marielle Heller. The absence of Ava DuVernay in the TV category was also notable, given the show’s Emmy wins. The nominations are put forward by the Globes’ governing body, the Hollywood Foreign Press Association.

“They are out of step,” Dr. Stacy L. Smith, the director of the USC Annenberg Inclusion Initiative, said plainly of the HFPA.

Smith does extensive research around the employment and advancement of women in Hollywood. One statistic from her research, that only 4% of the top 100 films produced in recent years come from women, will see a notable increase in 2019 — in the 12% to 15% range, Smith told Variety. Sadly, she noted, the Globe nominations do not reflect this.

“While we see studios and production companies changing practices, these nominations reveal that while women are getting opportunities, the mindset of the governing body for the Golden Globes doesn’t seem to respect or value their leadership,” Smith told Variety. “The Grammys were out of step, and the Oscars — and those organizations have been taking specific action to make sure that their voting body looks like the world we live in. It would be fascinating to find out what the picture of a director looks like in the minds of the voting body, because my suspicion is that there’s quite a bit of bias there.”

Smith said “external pressure” has been effective at sparking change within these groups, and added pointedly: “The advertisers should weigh in.” The Golden Globes air on NBC.

Time’s Up, an advocacy group sparked by the Me Too movement and effectively unveiled on the Golden Globes red carpet in 2017, also decried the exclusion of women.

“Who directs feature films matters. It affects what stories are told — and how — with far-reaching implications for women across the film industry and our broader society,” Time’s Up chief operating officer Rebecca Goldman said of Monday’s nominations.

“This year, there have been twice as many women-led features than ever, with more films by female directors on the way. And yet, as today’s nominations show, women — and especially women of color — continue to be pushed to the sidelines by a system that holds women back, onscreen and off. The omission of women isn’t just a Golden Globes problem — it is an industry-wide crisis, and it’s unacceptable. Time’s Up will continue to fight until talented female directors get the opportunities and recognition they deserve.”

Beanie Feldstein, a nominee for best actress in a musical or comedy, told Variety she wished there was “more room” in the category, specifically for Gerwig, who directed her in “Lady Bird.”

Feldstein called Gerwig’s “Little Women” some of “the most extraordinary filmmaking I’ve ever seen. I cried for a literal two hours after I saw it. This is truly a remarkable year for female directors, of course Olivia Wilde and Lulu [Wang] and Alma [Har’el], the list goes on and on. ‘Hustlers,’ ‘A Beautiful Day in the Neighborhood,’ there’s so many beautiful, extraordinary films directed by women, so I wish there was room for them [at the Golden Globes] this year.”

Bong Joon-Ho, nominated for “Parasite,” lamented the exclusion of Lulu Wang’s “The Farewell” from the best picture category. It was placed in best foreign language film instead.

“So many female filmmakers produced such great work this year. Everyone voted according to their own opinions and the result is just what came out. But Lulu Wang’s ‘The Farewell,’ I really enjoyed that film although it’s nominated for the foreign language, I thought it was considered an American film because it’s an A24 film. Also ‘Portrait of a Lady on Fire’ was amazing and also nominated for foreign language, so I think we’re on the — if you look at it broadly — female filmmakers have been acknowledged and equated in the film. I hope that is some sort of comfort,” he said.

On site for the nominations at Los Angeles’ Beverly Hilton, Variety spoke with HFPA president Lorenzo Soria about the snub.

“What happened is that we don’t vote by gender. We vote by film and accomplishment,” he said at the time.

“Every year, somebody gets left out,” added Barry Adelman, an executive producer on the Globes telecast. “There’s so much talent going on, maybe we need to expand the categories so more people can be part of it. I also think that if you look at some of the other things … a lot of the big television shows are created by women, so I think across the board there is a good representation. Maybe in a couple of those categories, we wish it could be a little different. Who knows what will happen next year.”

A representative for the HFPA had no immediate comment on the subsequent criticism of the 2020 Golden Globe nominations.