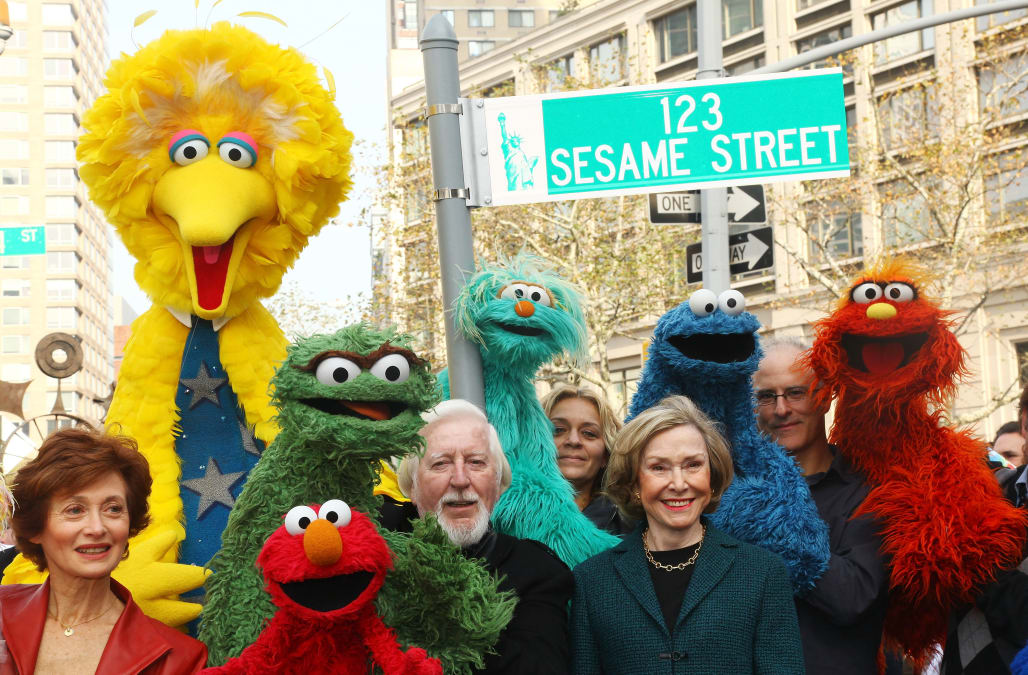 The man behind iconic Sesame Street characters including Big Bird and Oscar the Grouch has passed away, Sesame Workshop confirmed on Sunday. Caroll Spinney suffered from dystopia, a neurological condition that causes uncontrolled muscle movement. He died at his Connecticut home.

New York Times reporter Dave Itzkoff, who met Spinney after the puppeteer's retirement from Sesame Street, tweeted that Spinney's "secret" included portraying Big Bird the way a child would have. "He can be all the things that children are. He can learn with the kids," Spinney told Itzkoff of Big Bird in 2018.

I had the privilege to spend time with Spinney last year when he announced his retirement from Sesame Street. He said the secret to portraying Big Bird was to play him like a child. “He can be all the things that children are. He can learn with the kids.” https://t.co/TnvA4vt8dK

Other fans and members of the entertainment industry also chimed in with their own tributes to the late puppeteer.

From the Henson Family https://t.co/0lBrP8AUappic.twitter.com/dAMd6rgrd2

Caroll Spinney, the big-hearted and always-kind Muppeteer who played Sesame Street character Big Bird and Oscar The Grouch for almost a half-century, has died. He was 85.
He entertained millions of kids and adults daily and will be deeply missed.
Thank you for everything. pic.twitter.com/F9jGVTCFdB

RIP Caroll Spinney. I didn’t know how important he was to my childhood until after it was over. pic.twitter.com/GvQDmoYVcp

Thank you Caroll Spinney for all the joy you brought to Everybody. You will be Missed. pic.twitter.com/BlilI9FC4C

Generations of children learned kindness, compassion and friendship from Caroll Spinney — and his characters embodied the heart of our city.

On behalf of 8.6 million New Yorkers, I offer our condolences to his family, friends and everyone who knew and loved him. https://t.co/rVCKRKWglu

We can never thank him enough...#RIPCarrollSpinneyhttps://t.co/xpTWc6ekxr

The Sesame Workshop obituary notes that Spinney played Big Bird for more than five years, and he was a member of the Sesame Street family from the beginning. In 2014, Spinney starred in the documentary I Am Big Bird: The Caroll Spinney Story, about his time on the show.

'Sesame Street' through the years
UNDATED PUBLICITY PHOTOGRAPH - Kermit the Frog (R), one of the characters of television's "Sesame Street" children's program is honored for his 30th anniversary on by "Grover", another character in the the popular program in this undated publicity photograph. A home video,"The Best of Kermit on Sesame Street," featuring classic Kermit songs and skits seen only on "Sesame Street" during the past 30 years is being released in September 1998 as part of Sesame Street's 30th Celebration. FSP/WS

United Nations Secretary General Kofi Annan and his wife Nane pose for pictures with some Sesame Street characters after the taping of the show in New York. During the taping Mr. Annan breaks up an argument among the characters who are trying to determine who gets to sing the alphabet.

Big favorites with the kiddies at the Ice Follies show in Maple Leaf Gardens were the Bert and Ernie characters from TV's Sesame Street; according to Star staff writer Frank Rasky. Big Bird was also on hand.

A trader on the Frankfurt bourse trading floor on October 24, 1997 holds a massive stuffed doll of "Sesame Street" character Ernie. The Ernie doll was brought to the trading floor ahead of the flotation next week of U.S. company EMTV, which produces the Sesame Street program.

Big Bird joins Hillary Rodham Clinton at the grand opening of the Shanghai Children's Medical Center. The center is a joint venture with Project Hope of the U.S., the Shanghai city government and Shanghai Second Medical University. More than 250,000 children a year will be served by the center. Big Bird is a character on the television program Sesame Street.

Sesame Street characters Prairie Dawn and Zoe attend a portrait session for the You Vote Campaign at 1100 6th Avenue in New York City.

Sesame Street characters Rosita and Elmo pose backstage at Sesame Street and HBO Host Free Museum Day with a special performance by Elmo and Friends at The New Children's Museum in San Diego.

A Kermit the Frog puppet makes its way down 7th avenue on the Sesame Street float during the Macy's Thanksgiving Day Parade in New York, November 26, 2009. REUTERS/Shannon Stapleton (UNITED STATES SOCIETY)
Up Next

"His enormous talent and outsized heart were perfectly suited to playing the larger-than-life yellow bird who brought joy to generations of children and countless fans of all ages around the world, and his lovably cantankerous grouch gave us all permission to be cranky once in a while," the obituary says of Spinney's two characters.

In a moving tribute, one fan noted on Twitter that while many live-action characters are clearly "a person in a costume," Spinney's masterful work made Big Bird seem like he was real.

Back when I was a child, I could mostly tell whenever a character was just a person in a costume (even I knew that Barney wasn't real) but not once did I ever question if Big Bird was real, and that's thanks to Caroll.
And to me, he still is real.#RIPCarollSpinney#CarollSpinneypic.twitter.com/pu1YJwBR5x