Actress from criticized Peloton ad speaks out: 'I was shocked and overwhelmed' 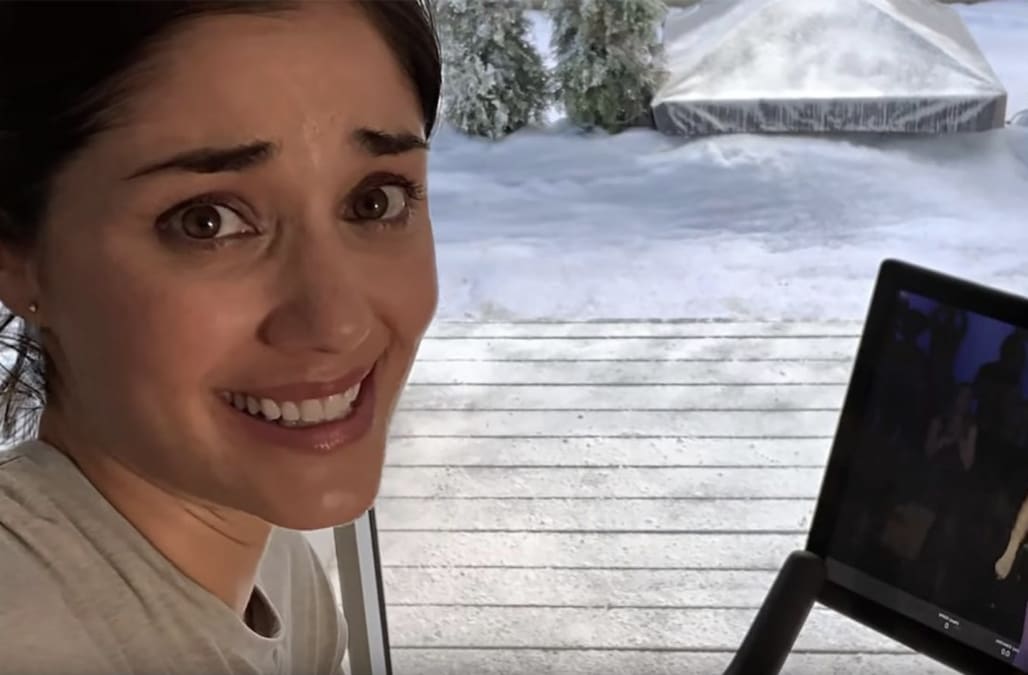 Many viewers of the controversial Peloton holiday commercial have been worried about the wife portrayed in the ad, and now, we're finally hearing from the actress who played her.

Actress Monica Ruiz starred in the fictional 30-second ad as a woman who's been given a Peloton exercise bike by her husband and documents her yearlong fitness journey.

The commercial received swift backlash from some viewers on social media who saw the spot as sexist. But Ruiz has taken a diplomatic approach to addressing her involvement in the commercial.

In a statement to Deadline, the actress said she was happy for the job opportunity earlier this year from Peloton, adding the team "was lovely to work with."

"Although I'm an actress, I am not quite comfortable being in spotlight and I'm terrible on social media," she continued. "So to say I was shocked and overwhelmed by the attention this week (especially the negative) is an understatement."

According to IMDB, Ruiz has also appeared in TV shows including "About a Boy," "Baby Daddy," and "The Exes."

But the Peloton attention has also landed her another role: an ad for Ryan Reynolds' Aviation Gin.

The new parody crossover commercial was released Friday night showing Ruiz looking exhausted and sad while having drinks with girlfriends who are trying to cheer her up. Viewers can only assume they are trying to get her mind off the exercise bike fiasco.

"When Ryan and his production team called about Aviation Gin, they helped me find some humor in the situation," Ruiz said in the statement. "I am grateful to both Peloton and now Aviation Gin for the work and giving me the opportunity to do what I love to do."

Sean Hunter, who plays the perceived-villain husband in the Peloton ad has spoken out too. The actor and elementary school teacher told Psychology Today, "My 5 seconds of air time created an array of malicious feedback that is all associated with my face. My friend texted me today declaring that I'm 'a symbol of the patriarchy,'" he said, adding the commercial "has nothing to do with my ability to teach or who I am."

Who would have thought my wife and I would be in so much controversy! Wish I kept the receipt 🤔 #peloton #pelotoncycle #onepeloton #commercial #advertisement #controversy #christmas

Peloton issued a statement over the controversial ad, saying in part, "Our holiday spot was created to celebrate that fitness and wellness journey. While we're disappointed in how some have misinterpreted this commercial, we are encouraged by — and grateful for — the outpouring of support we've received from those who understand what we were trying to communicate."