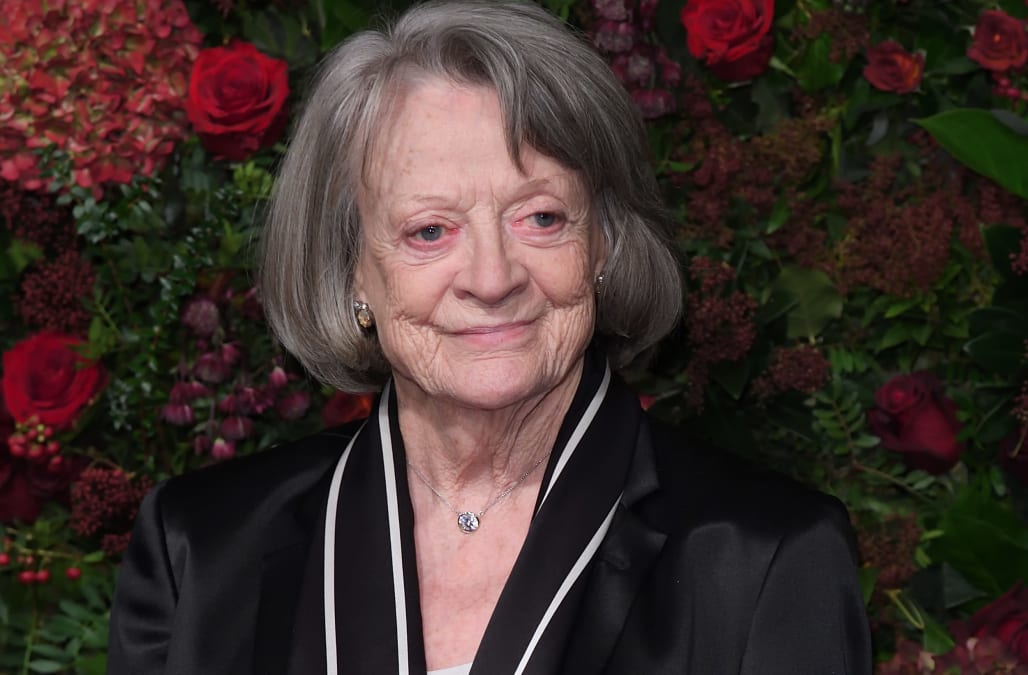 Dame Maggie Smith may look back fondly on her time with A-list projects like the Harry Potter series and Downton Abbey, but that doesn't mean they were acting highlights in her career.

In a new interview with Britain's ES Magazine, the 84-year-old Brit, who played Professor Minerva McGonagall in Potter and the Dowager Countess Violet Crawley in Downton, revealed that those roles, while iconic, did not present her with challenges as an actor.

“I am deeply grateful for the work in Potter and indeed Downton, but it wasn’t what you’d call satisfying," she told the magazine (per The Guardian). "I didn’t really feel I was acting in those things.”

Smith has been widely praised for her roles in the two projects, which are arguably her most high-profile performances.

Downton has earned her one Golden Globe, three Emmys, and a BAFTA nomination. Smith also appeared in this year's Downton Abbey movie, which was a major box office success.

“Maggie demands great moments in that you write for her with the knowledge that every time you give her a one-liner or whatever, she will hit the bullseye with it,” Downton creator Julian Fellowes previously told ET. “You can’t just have her in a scene.”

11 PHOTOS
On & Off Set Style: The Cast of Downton Abbey
See Gallery

On & Off Set Style: The Cast of Downton Abbey

Lady Mary turns in her glam style for causal outerwear while she joins the men for a Hunt.

Footmen Alfred and Jimmy are dapper in their uniforms.

Mary and Edith still look stylish in their night robes as they await the birth of their niece.

Lady Mary and Matthew Crawley are madly in love, standing in the foyer of Downton Abbey.

Michelle Dockery doesn’t stray too far from the Downton Abbey estate with the gold brocade detailing on this evening dress.

Elizabeth McGovern sasses it up a bit with a flared short dress.

Dan Stevens prefers a fitted suit, and tops off the look with a pale blue tie.

Allen Leech looks just as dapper in a more modern suit, but gets edgy with the print mixing.

Rob James-Collier wears a pair of green pants that certainly would not have flown at the Downton Abbey estate.