'Gossip Girl' boss on creating a 'Marvel'-like universe with reboot: All the new details (Exclusive) 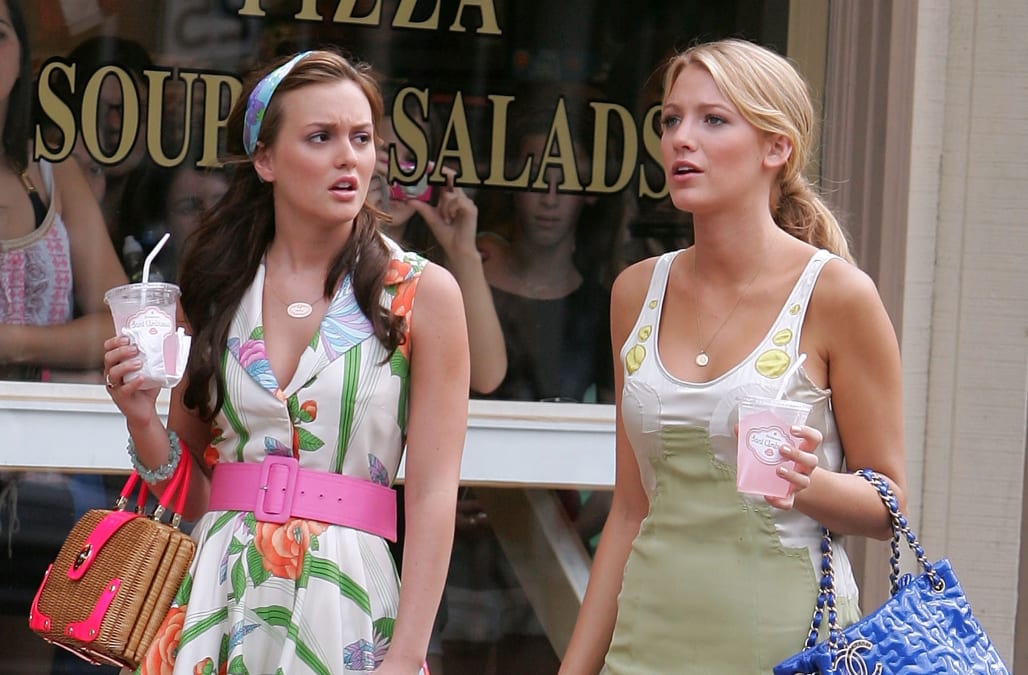 Hey, Upper East Siders, word is Gossip Girl is getting a very timely update when it returns next year.

WarnerMedia's upcoming streaming service, HBO Max, gave a straight-to-series order this summer for an updated Gossip Girl take with original executive producers Josh Schwartz, Stephanie Savage and Joshua Safran, who served as showrunner for the final seasons. Kristen Bell, who narrated the original Gossip Girl, will be back to reprise her role.

According to the official synopsis, Gossip Girl 2.0 takes place eight years after the original website went dark (and after Dan Humphrey revealed himself to be the culprit) as a new generation of New York private school teens are introduced to the social surveillance of Gossip Girl. The series will address just how much social media -- and the landscape of New York itself -- has changed in the intervening years. And the crux of the new Gossip Girl won't revolve around the mystery of who the gossip maven actually is, but rather another twist that's yet to be revealed.

"I think it very much represents where we will be at in 2020 when the show airs. It really looks at how social media has changed," executive producer Joshua Safran told ET's Lauren Zima at the Los Angeles premiere on Wednesday of Netflix's upcoming drama Soundtrack. "You know, the first time around, when the show started people were, like, checking in places on Foursquare and updating their locations on Facebook. Things we would never do now because we don't want anyone to know where we are. That change alone changes the dynamic of what Gossip Girl means and how Gossip Girl interacts with the kids this day and age, so I think it's gonna be really interesting to see. The modern age reflected through Gossip Girl."

Safran confirmed what has been said before by Schwartz and Savage, that at the center of the new iteration will be a crop of Gen-Z high schoolers still attending Constance Billard and St. Jude's, who likely won't be the new versions of Serena van der Woodsen or Blair Waldorf or Nate Archibald. "I think of it like the Marvel universe. It's not a continuation or a sequel. It truly just is looking at a different angle," he said.

"It's the same high school, so we're back at Constance Billard. We are looking at a group of friends in their junior year. Those pieces are the same. They're still in the uniforms," Safran noted, adding there will be stark differences from the original series. "Not everyone lives on the Upper East Side, though. Brooklyn's not the bad place to live. Brooklyn’s probably cooler in the new version than Manhattan, 'cause it is in some places. Other than that, it has the DNA of the original."

Schwartz has been vocal in the past about approaching original cast members to pop back in for an appearance, saying earlier this year that standing offers are out to Blake Lively, Leighton Meester, Penn Badgley, Chace Crawford and Ed Westwick. When Safran was asked on Wednesday whether the new series will address what the core characters are up to following the 2012 series finale, he hinted that they are mentioned often.

"Well, we talk about what happened to Dan [Humphrey], so I might have to text Penn and see if he's really available," Safran said, after learning that Badgley was interested in revisiting Dan's post-Gossip Girl life. "Penn also works constantly, but we'll see if we can rope him in there. That would be great. I would love for everyone to come back if they wanted to. The universe still exists. The characters talk about Serena, Blair, Chuck, Dan."

But seriously, could a Dan Humphrey return happen? "I don't know, I hope so," he answered coyly. "Now that you've said it, I want it to."

"They are a part of the world," Safran added. "The characters talk about them and that they do exist. So, yeah, I would love to have them come back. The show jumped five years in the future when it ended and we are past that five years now, so it's whole new things that they could be doing."

Safran also addressed observations made by fans about the similarities between Badgley's You character, well-read bookstore manager Joe Goldberg, and his Gossip Girl character, the bookish Dan; some felt Joe -- minus the murder-y parts -- was an extension of Dan. Safran, though, doesn't agree with that take.

"No, I do not. I really don't. I mean, I think it's a testament to Penn's acting that people want to see Dan so badly and to see what the character created," he said. "But absolutely not. I don't think Dan could get that dark."

When asked if there are any dream cameos he'd like to make happen, Safran alluded to the fact that there may be some familiar faces paying a visit to the Upper East Side. "You know what's funny? It's Gossip Girl and it carries with it a very large following, so I actually think the dream cameos I have I hope will actually be on the show, so I don't want to say it. But I've already talked to a few people and they're very excited to be on the show."

In August, Schwartz shared insight into what Gossip Girl 2.0 may look like on a streaming platform versus a traditional broadcast network.

"We're excited about being able to tell a different version of the story, and there are different levels of restriction. With streaming, there are fewer episodes so how you unpack those stories or how you tell those stories can differ from the broadcast model. Obviously, we want it all to come out of character that feels organic to the show," Schwartz said at the time.

"It won't feel button-pushing just for the sake of being able to do it. Maybe a couple of s***s we'll throw in there just 'cause we can," he quipped. "You don't ever want it to feel gratuitous or something that you're doing just because. Luckily, we'll be airing post-Euphoria, so anything we do will seem tame by comparison. I don't think we'll be that controversial."

To stay up to date on breaking TV news, sign up for ET's daily newsletter below.

Info via Celebrity Net Worth & Measurements

How 'Gossip Girl' Reboot Will Address the Original Characters

'Gossip Girl' Is Getting a Reboot -- Here's What to Expect