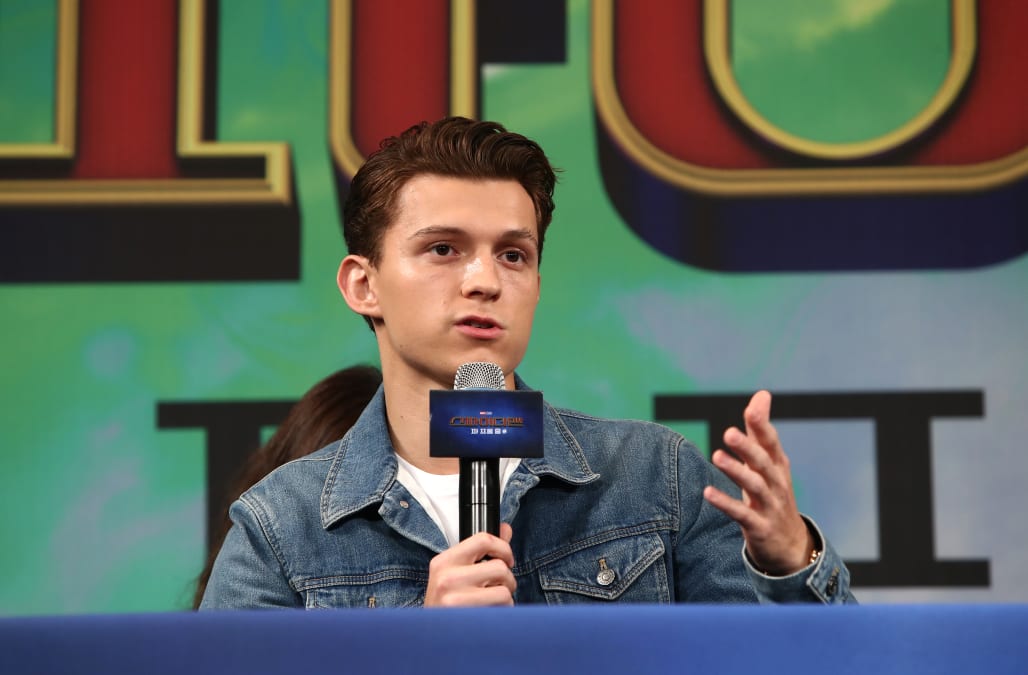 Tom Holland might have singlehandedly saved Spider-man — and he was definitely drunk when he did it.

That's what the Marvel movie star said on Wednesday after an appearance on "Jimmy Kimmel Live" turned into a hilarious revelation about the web slinger's future.

Holland's admission came after host Jimmy Kimmel mentioned that Bob Iger, Disney's CEO, had recently credited a crucial phone between him and the 23-year-old with ending the tumultuous fight between Disney and Sony over whether or not Spider-man would continue to appear in future Marvel films.

As it turns out, Holland was "three pints in" when he convinced Iger to save his character. The actor told Kimmel he was at the pub with his family when the fateful phone call came through.

"I haven't eaten much, and I get a phone call from an unknown number," Holland explained. "And I have a feeling, like, 'I think this is Bob Iger — but I'm drunk.'"

Holland added that he was initially scared to answer, but his dad talked him into it. The two had been emailing in the previous days, during which the actor said he expressed how grateful he was for the chance to portray the iconic hero.

Despite Iger's claim that was instrumental in bringing about the deal between Disney and Sony, the 23-year-old downplayed his role.

"I wouldn't say it was entirely my doing," Holland told the Kimmel, before jokingly adding, "I saved Spider-Man!"

The two studios reached a deal on Spidey in September, which will grant Holland a third standalone film as well as an appearance in a future Avengers movie. It's likely a deal that made both companies happy, considering the previous Spider-man film, "Far From Home," grossed more than $1.1 billion and was Sony's highest-earning film ever.

As for Holland, he was clearly emotional about the idea of missing out on future Spidey roles. The actor told Kimmel he cried on the phone with Iger, calling the situation "really emotional."

"I felt like it was all coming to an end," Holland said.

But that won't be a concern any longer. The third Spider-man movie, which is currently untitled, is set for release in July of 2021.