The Butterfly effect: Ex-girl group star meets her destiny on 'The Masked Singer' 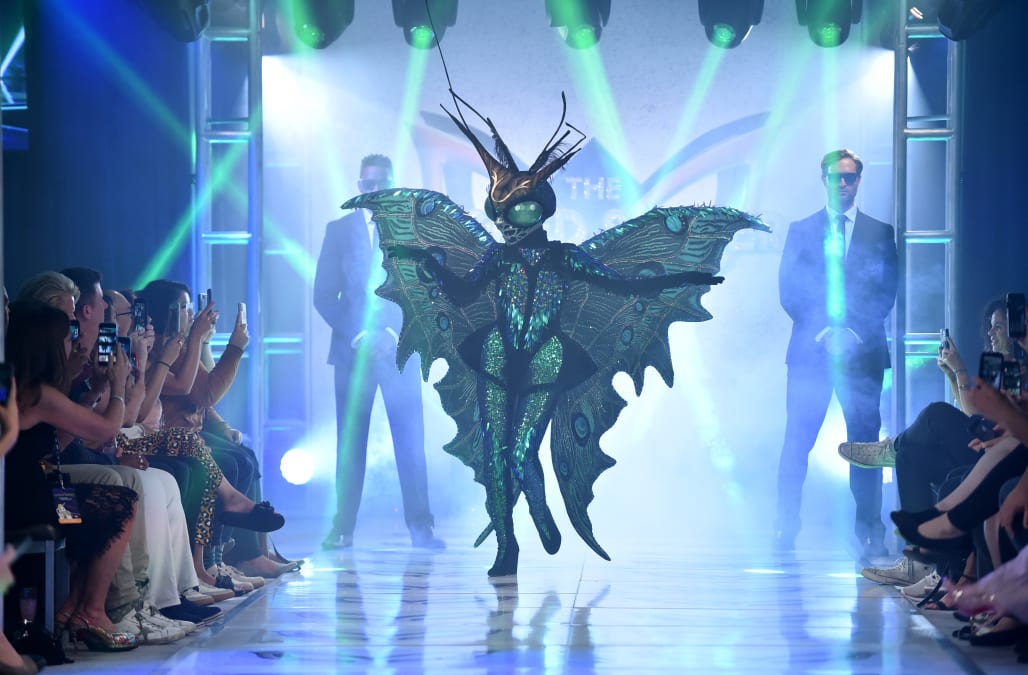 The Masked Singer is the most bonkers TV talent show since Puttin’ on the Hits, a show that opens every week with Nick Cannon hollering, “Time to get weeeeeeird!” as he emerges from the gaping mouth of a wall-sized Mr. Roboto/Hanacare mask while dressed like Morris Day attending an Eyes Wide Shut-themed masquerade ball. And that’s the most normal part of every episode! But there have been some unexpectedly serious and touching moments — like last season, when Ricki “The Raven” honored her late ex-husband and Tori Spelling overcame her insecurities by transforming into the majestic Unicorn. And Season 2’s tear-jerking moment occurred on Wednesday’s Very Special Episode of The Masked Singer, courtesy of the Butterfly — who emerged from her figurative cocoon as beleaguered former/occasional Destiny’s Child member Michelle Williams.

Williams has obviously performed on much bigger stages — most recently as part of the surprise Destiny’s Child reunions at Beyoncé’s Super Bowl halftime show and last year’s “Beychella” extravaganza — and she has performed in House of Dereon stage-wear perhaps even glitzier than the Butterfly’s Aeon Fluxian costuming. But she’s had a tough year. No long after appearing at Coachella 2018, Williams fell into a deep, suicidal depression which led her to check into a mental-health treatment facility, and she’s stayed out of the public eye ever since. The Masked Singer marked her returned to the stage — even if most people, other than successful guesser Jenny McCarthy Wahlberg, didn’t know it was her until she removed her bug-eyed headpiece this week.

“I have not worked all year, so this was a way to come back strong,” Williams told the judges, sincerely thanking the show for helping her tackle her self-doubt (which has likely been stoked by all those #PoorMichelle memes and Tumblr).

“Thank you for taking the chance and being so brave and bold to come on our show,” said misty-eyed judge Nicole Scherzinger, whose own girl group, the Pussycat Dolls, just reunited. “That’s going to inspire so many people out there who maybe have had some of the same struggles that you have had. I pray that this show is a real new beginning for you.”

I’m not sure if this show was the most credible way for Williams to relaunch her career, especially since she only placed seventh… and well, she was dressed as giant insect and lost out to a basketball player. But hey, a legend like Patti LaBelle placed eighth (!!!), so there’s no shame in this game. Even the pre-Michelle Destiny’s Child lost on Star Search once.

If Michelle had competed last season on The Masked Singer, she probably would have made it to the finale, but this season has a stronger crop of singers (no dead-weight contestants like Tommy “The Pineapple” Chong or Antonio “The Hippo” Brown this time around). Sure, it’s understandable that Williams lost in her first face-off of this Wednesday to the Fox — who is probably Ray Oscar-winner Jamie Foxx, and whose “Tennessee Whiskey” was declared the best performance in the series’ history by guest judge Joel McHale. (Conversely, McHale described Williams’s “Sorry Not Sorry” as merely “the best performance I’ve ever seen by someone dressed as a bug.”) But Williams’s fiery second performance, of Imagine Dragons’ fight song “Believer,” should have totally beat out the Thingamajig’s more playful, throwaway Usher cover. I think the Butterfly wanted this more.

Oh well. I won’t make #PoorMichelle trend again, because Williams genuinely seemed happy to be on this show, belting Demi Lovato bangers. And besides, she could always start a Destiny’s Child/Gemini’s Twin supergroup with Ana Gasteyer, who is most definitely the Tree.

And with that, let’s continue with what Nick Cannon calls “the greatest guessing game in the known and unknown universe.”

This wily rascal usually brings the wacky theatrics, but he stripped it all back this week and proved he can really sang. His surreal clues package, which looked like Tony Randall’s lab scene from Everything You Always Wanted to Know About Sex (But Were Afraid to Ask), was no help, but he did say he was happy to be working with his “friends” — gesturing to the people on the panel — and that was a key verbal clue.

My guesses: I would not rule out Wayne Brady, but all the clues of the season have added up to Jamie Foxx the Fox. and this show is on Fox, too. How meta!

Thingamajig, “Just Haven’t Met You Yet”

He’s suffered setbacks, gone to “rehab,” and has a slight limp, indicating that he is some sort of injured sports star. But his vocal chords definitely aren’t injured – this was another strong and confident performance. As he said, he’s got his groove back and he’s single and ready to mingle – specifically, with his crush Nicole. (He actually asked her on a date!) During his Tinder-themed number, he also showcased an accent that I had never noticed before, and his clues package revealed that he is from Maryland.

My guess: You guys, this is totally the Maryland-born basketball player of Nigerian and Sierra Leonean heritage, Victor Oladipo. I hope when he and Nicole inevitably get married, they have a Masked Singer theme wedding with bridesmaids dressed as the Poodle and groomsmen in Skeleton and Penguin tuxedos.

The Tree, “Total Eclipse of the Heart”

Oh Christmas Tree, oh Christmas Tree, how lovely are thy vocals! The Tree really eclipsed everyone tonight, even the Fox. Bonnie Tyler is not easy to sing, but the Tree branched out and went for it.

My guess: Jenny got another one right. There is no way this isn’t Gasteyer. Red-herring clues about “smelly cats,” “friends,” and needing to “simma down” threw the other judges off, but that witch-hat visual aid was important (Gasteyer has performed in Wicked), as were those soup cans, which was the second soup clue of the season (Gasteyer got her first big break in the “Soup Nazi” episode of Seinfeld). Plus, Ana just released a Christmas album. And her voice is clearly the gift that keeps on giving.

And speaking of giving, see you next week, when Christmas comes early and The Masked Singer brings us two episodes. God bless us, everyone!