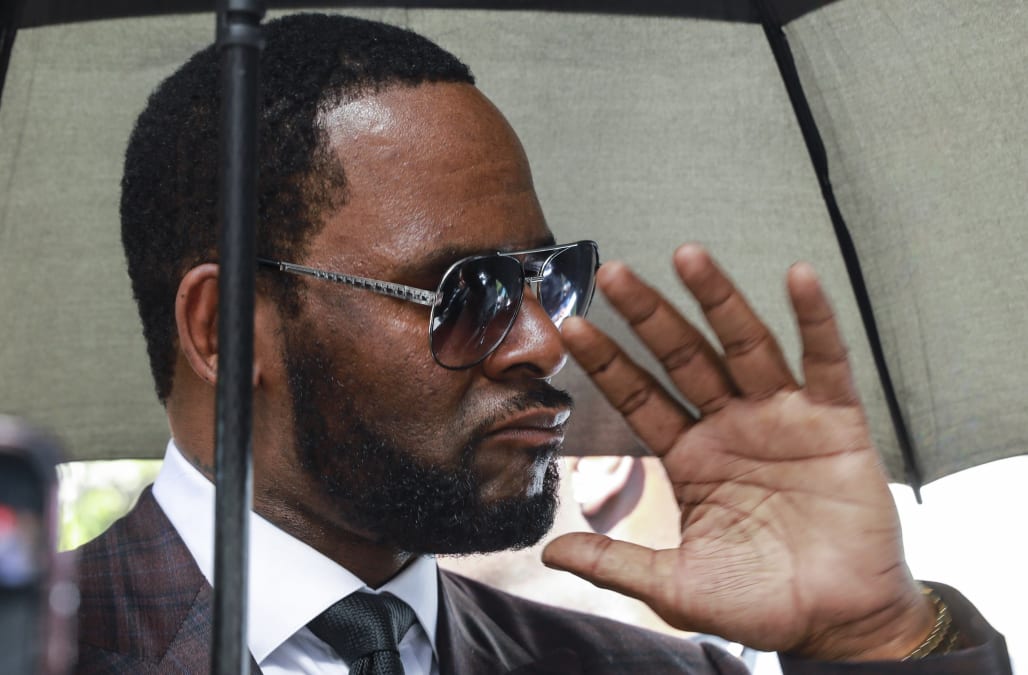 The new charge alleges R. Kelly, real name Robert Sylvester Kelly, bribed an Illinois government employee for a "fraudulent identification document" for someone identified only as "Jane Doe" on Aug. 30, 1994, according to the Associated Press. One day later R. Kelly, then 27, married his 15-year-old protégée in a secret ceremony at a Chicago hotel. A source confirms to the New York Times "Jane Doe" is Aaliyah and that the document acquired was a fake ID used to obtain a marriage license that listed her age as 18.

R. Kelly's attorney Douglas Anton called the latest charge against his client "ridiculous and absurd" in a statement to the AP. The embattled R&B singer has already been charged with racketeering, kidnapping, forced labor and sexual exploitation in New York. He pleaded not guilty.

The "Ignition" crooner faced scrutiny for years over his relationship with Aaliyah. In Lifetime's docuseries Surviving R. Kelly his former personal assistant, Demetrius Smith, claimed to have attended the wedding and admitted to helping obtain false documents for Aaliyah. Their marriage was eventually annulled. Aaliyah, known for hits "Rock the Boat," "Try Again" and "Are You That Somebody" died in a plane crash in 2001 at age 22.

Aaliyah's family has stayed relatively quiet throughout R. Kelly's #MeToo reckoning. However in January, her mother released a statement in the wake of Surviving R. Kelly saying she was tired of her daughter’s name being "dragged through the mud with lies."

R. Kelly's Chicago attorney, Steven Greenberg, previously claimed his client had "no idea" Aaliyah was underage when they wed.

"He was married to her when she was 15. Elvis was married to Priscilla," he said on Good Morning America. "Except that my understanding is that she did not claim to be 15 and, in order to get married, she had to lie about her age. [He had] no idea."

R. Kelly faces criminal charges in multiple cities across the country over his alleged sexual abuse of minors. The 52-year-old has denied all pedophilia claims. He is currently being held without bond and is scheduled to stand trial in Chicago in April on child pornography and obstruction of justice charges. If convicted in all cases he faces life in prison.