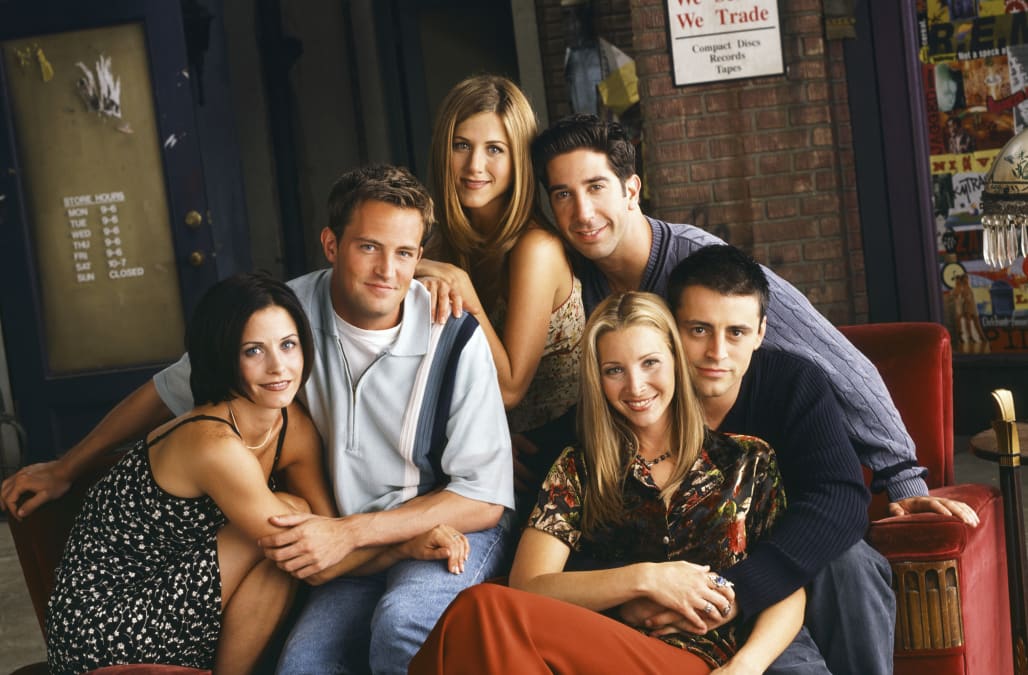 Our editorial team is dedicated to finding and telling you more about the products and deals we love. If you love them too and decide to purchase through the links below, we may receive a commission.

The one where we have to say no to "are you still watching?"

Netflix announced back in July that fans would have to say goodbye to "Friends" due to the fact that the hit sitcom would exclusively be available on Warner Bros. new streaming platform HBO Max. The removal date has definitely crept up on us, with the show scheduled to be removed from Netflix come Wednesday, January 1, 2020.

Not an ideal way to start the new year, if you ask us! *cue Ross and Monica's Dick Clark dance routine here*

Unfortunately, we won't be able to stream "Friends" for a couple of months until it appears on HBO Max in May 2020, after the service launches. But we took the liberty of weighing the next best option.

Perhaps the easiest way around the Ross and Rachel withdrawal is to take advantage of your Amazon Prime membership and purchase the seasons. A full season costs $9.99, which is much better than the $1.99 rate per episode given that each season has about 24 episodes.  The benefit of purchasing "Friends" on Amazon is that you'll be able to access the show for offline viewing making it easy stream on airplanes and during long commutes.

On the bright side, we still have the entire holiday season to binge all 10 seasons of the show. Think of this as your last warning to get your final fix of Doctor Drake Ramoray.