Willie Nelson says he's given up marijuana for his health 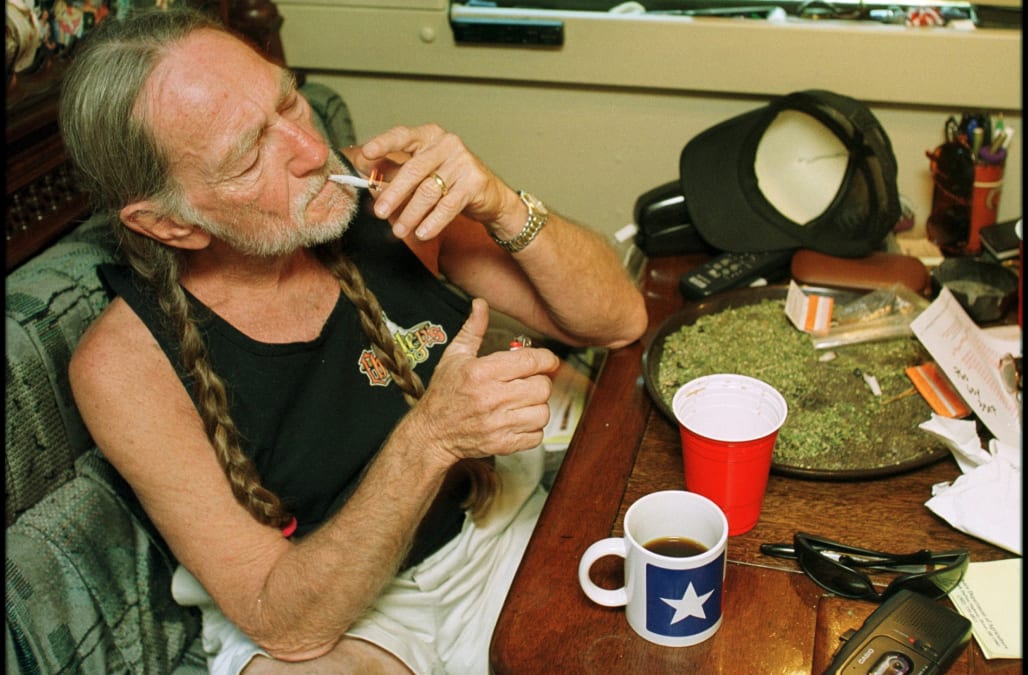 Willie Nelson is known for many things, from his iconic lyrics — having written for artists such as Patsy Cline and Bob Dylan — to his own powerhouse performances of odes to life on the road. But he is also well known for his habitual use of marijuana.

However, the 86-year-old musician and activist has reportedly put his rolling papers down.

In a recent interview with KSAT, Nelson, who has a few arrests under his belt for possession, revealed that he has stopped smoking marijuana due to his health.

“I have abused my lungs quite a bit in the past, so breathing is a little more difficult these days and I have to be careful," the Grammy-winning artist said. “I started smoking cedar bark, went from that to cigarettes to whatever... And that almost killed me.”

However, Nelson credits switching to marijuana with saving his life.

"I wouldn’t be alive. It saved my life, really. I wouldn’t have lived 85 years if I’d have kept drinking and smoking like I was when I was 30, 40 years old. I think that weed kept me from wanting to kill people," Nelson told Rolling Stone this year.

The news of Nelson quitting smoking cannabis may be shocking to his fans, as he has been a longtime advocate for the legalization of weed, and serves as the co-chair of the advisory board of the National Organization for the Reform of Marijuana Laws. The artist also worked with a New York-based private equity firm to develop Willie's Reserve in 2016, marketed as a "premium cannabis lifestyle brand," which is sold where recreational use of marijuana is legal.

"Willie Nelson has never made any bones about it," Willie's Reserve's mission statement reads. “The cannabis culture is a way of life for him. And he has always operated under a simple philosophy: My stash is your stash.”

For years, fans have flocked to Nelson to share their stash and try his, including celebrities. But apparently few can keep up, including Toby Keith, who wrote the 2003 hit, "Weed With Willie," with lyrics that include, "I'll never smoke weed with Willie again." Jack Johnson's song titled, "Willie Got Me Stoned," with lyrics indicating that Johnson got so stoned that Nelson "took all my money," shared a similar sentiment.

Even Snoop Dogg said Nelson is "the only person that's ever smoked me under the table."

But Willie Nelson fans shouldn’t despair: Despite his recent health issues, including battles with pneumonia and emphysema, Nelson has no intention of quitting touring, and even refers to his tour bus as “home.”

More from Yahoo Celebrity:
Dwyane Wade calls out critics who mocked his son for wearing fake nails: 'Stupidity is a part of this world we live in'
Kid Rock makes vulgar comments about Oprah Winfrey, as fans label him racist
Annette Bening opens up about her transgender son Stephen: 'I'm very, very proud of him'