Jason Momoa still loves Chris Pratt, but he stands by his criticism: 'Very passionate about this' 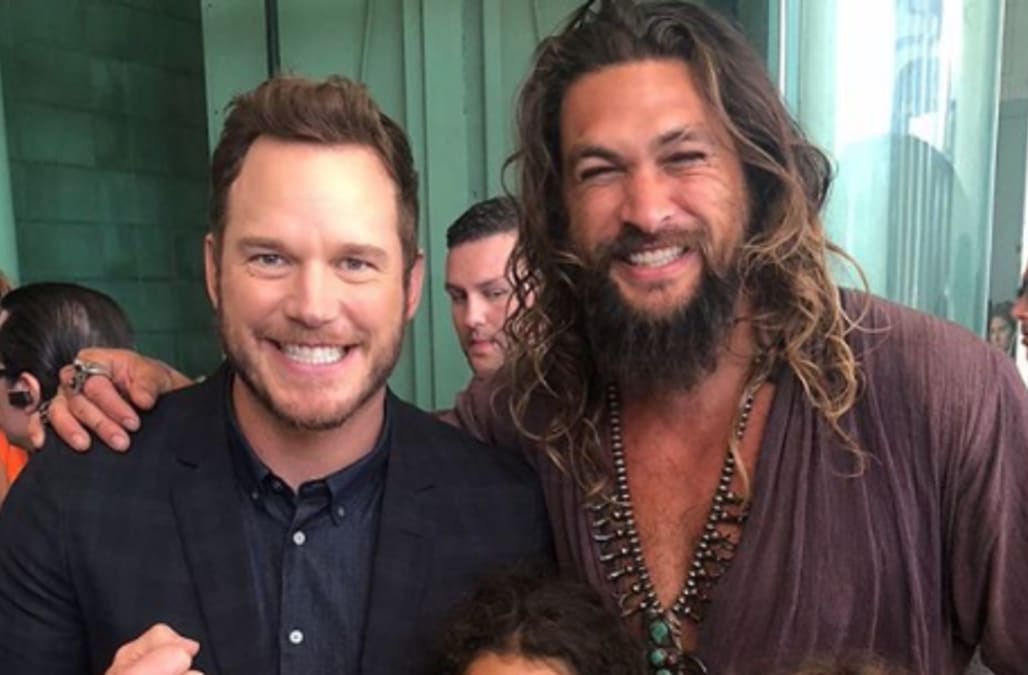 Jason Momoa has nothing but love for Chris Pratt, but he really does want him to ditch those plastic water bottles.

The two mega-movie stars, who appear in competing superhero franchises — Pratt stars in Marvel's "Guardians of the Galaxy" films, while Momoa is DC Universe's "Aquaman" — shared unexpected headlines on Tuesday after Momoa publicly called out Pratt for holding a disposable water bottle in an Instagram photo.

Momoa, a vocal environmental advocate, commented on the pic, "Bro I love u but wtf on the water bottle. No single use plastic. Come on."

The comment quickly gained attention, racking up more than 50,000 "likes" from fans who agreed with his critique — as well as a few snarky responses from fans quick to defend Pratt.

Hours later, Pratt himself reacted to the comment, which then prompted a follow-up note from Momoa.

Pratt added, "Love you too, buddy. My bad. I don't want your home of Atlantis covered in plastic. Hear that kids? Reduce. Reuse. Recycle."

Many fans were quick to assume that there's some bad blood between the two. But according to Momoa, that couldn't be farther from the truth: "Bro, you know my children and I are madly in love with you and I love everything you do," he wrote Tuesday night alongside a photo of Pratt posing with his kids. "I'm sorry this was received so badly today. I didn't mean for that to happen."

He continued, "I'm just very passionate about this single use plastic epidemic. The plastic water bottles have to stop."

@prattprattpratt BRO you know my children and I are madly in love with you and I love everything you do. I’m sorry this was received so badly today I didn’t mean for that to happen. I’m just very passionate about this single use plastic epidemic. the plastic water bottles have to stop i hope u make a reusable water bottle for amazon so we all can purchase. You’re an inspiration to many I’m one of them. I’ll send you a case of MANANALU. All my Aloha, Da Momoa’s

Momoa's use of the word "epidemic" is correct: More than 8 million tons of plastic are dumped into the ocean each year, and Americans alone send more than 38 billion water bottles to landfills each year. The production process itself, ironically enough, is wasteful of water, requiring six to seven bottles' worth of water just to create one bottle, NPR estimates.

Momoa is the driving force behind Manalulu, which packages water in aluminum cans instead of plastic. "About 75 percent of all aluminum that's ever been used is still in circulation today, and it's 100 percent recyclable," he said in a video earlier this year. "You drink the can, and in about 60 days it'll be back."

19 PHOTOS
Jason Momoa out and about
See Gallery