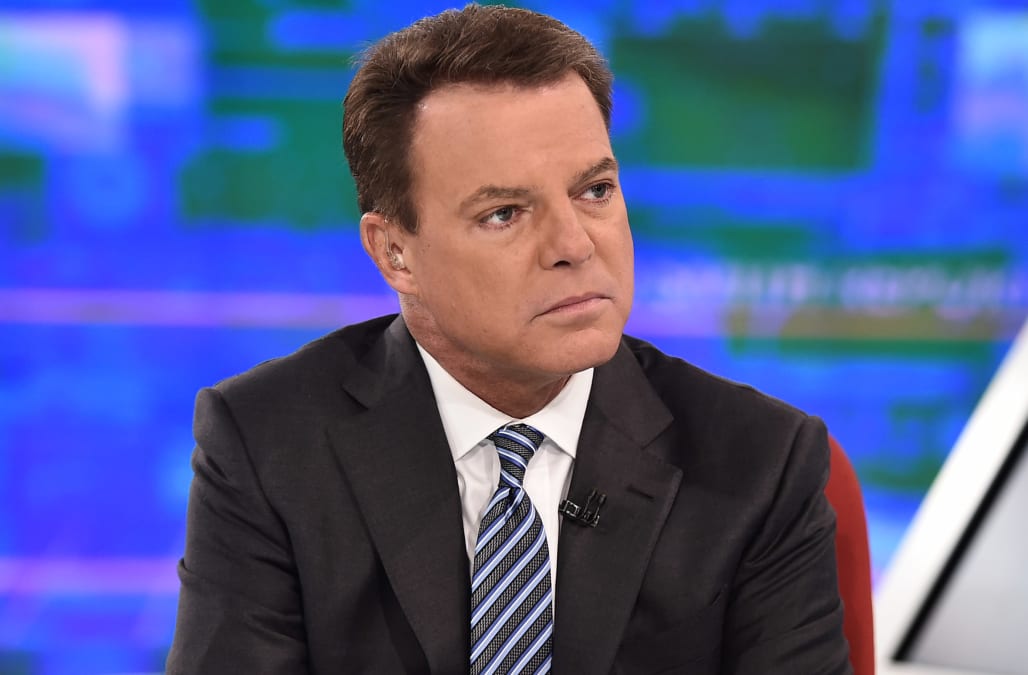 Shepard Smith has exited Fox News after 23 years with the network.

Smith, who's long worked as the Chief News Anchor and Managing Editor of the network's breaking news unit, unexpectedly announced Friday, Oct. 11 that the episode of "Shepard Smith Reporting" would be his last.

"Recently I asked the company to allow me to leave Fox News and begin a new chapter," Smith said in a statement. "After requesting that I stay, they graciously obliged. The opportunities afforded this guy from small town Mississippi have been many. It’s been an honor and a privilege to report the news each day to our loyal audience in context and with perspective, without fear or favor. I’ve worked with the most talented, dedicated and focused professionals I know and I’m proud to have anchored their work each day -- I will deeply miss them."

He noted that he has no immediate career plans due to his existing contract: "Under our agreement, I won’t be reporting elsewhere at least in the near future. But I will be able to see more of Gio and Lucia and our friends and family. Then, we’ll see what comes along." [Gio is Smith's partner; Lucia is their dog.]

Smith joined Fox News in its inception in 1996. On a network known for leaning conservative, Smith is widely recognized as a nonpartisan newsman. Historically, but perhaps more notably in recent years, he's stood his ground even against his own colleagues, frequently countering other pundits' opinions with more thorough research.

Among the colleagues with whom Smith has sparred is Sean Hannity, who always passionately defends conservative talking points, particularly in regards to President Trump. Smith has said that Hannity's show is designed to entertain, not report the news, saying in 2018, "I wouldn't work there."

The Late Show with Stephen Colbert and guest Shepard Smith during Friday's 12/16/16 show in New York.

Fox News anchor, Shepard Smith on the set of 'Studio B with Shepard Smith' during a rehersal at Fox News studios in New York. Fox News Channel celebrated its 15th anniversary on the air on October 7th.

Fox News anchor Shepard Smith on the set of 'Studio B with Shepard Smith' at Fox News studios in New York. Fox News Channel celebrated its 15th anniversary on the air on October 7th.

(Photo by Jamie McCarthy/WireImage for The Weinstein Company)

In response to questions about how his unit operates differently from units like Hannity's, Smith told Time in 2018, "We serve different masters. We work for different reporting chains, we have different rules. They don't really have rules on the opinion side. They can say whatever they want. If it's their opinion."

Smith has made a career out of analyzing headlines, not being the headline, but he created a small stir in 2017 by publicly acknowledging that he is gay: "I don't think about it. It's not a thing," he said during a talk at the University of Mississippi. "I go to work. I manage a lot of people. I cover the news. I deal with holy hell around me. I go home to the man I'm in love with."

"Shepard Smith will step down from his role as Chief News Anchor and Managing Editor of the network’s breaking news unit and Anchor of Shepard Smith Reporting," the statement read. "This afternoon’s edition of 'Shepard Smith Reporting' was Mr. Smith’s final show, during which he addressed his decision. A series of rotating anchors will host the 3PM/ET time slot until a new dayside news program is announced."

Wallace added, "Shep is one of the premier newscasters of his generation and his extraordinary body of work is among the finest journalism in the industry. His integrity and outstanding reporting from the field helped put FOX News on the map and there is simply no better breaking news anchor who has the ability to transport a viewer to a place of conflict, tragedy, despair or elation through his masterful delivery. We are proud of the signature reporting and anchoring style he honed at FOX News, along with everything he accomplished here during his monumental 23-year tenure. While this day is especially difficult as his former producer, we respect his decision and are deeply grateful for his immense contributions to the entire network."

In his closing statement before signing off, Smith said, "Even in our currently polarized nation, it's my hope that the facts will win the day. That the truth will always matter. That journalism and journalists will thrive. I'm Shepard Smith, Fox News, New York."