Elton John claims Tina Turner treated him 'like s***' and called him 'fat,' according to new memoir 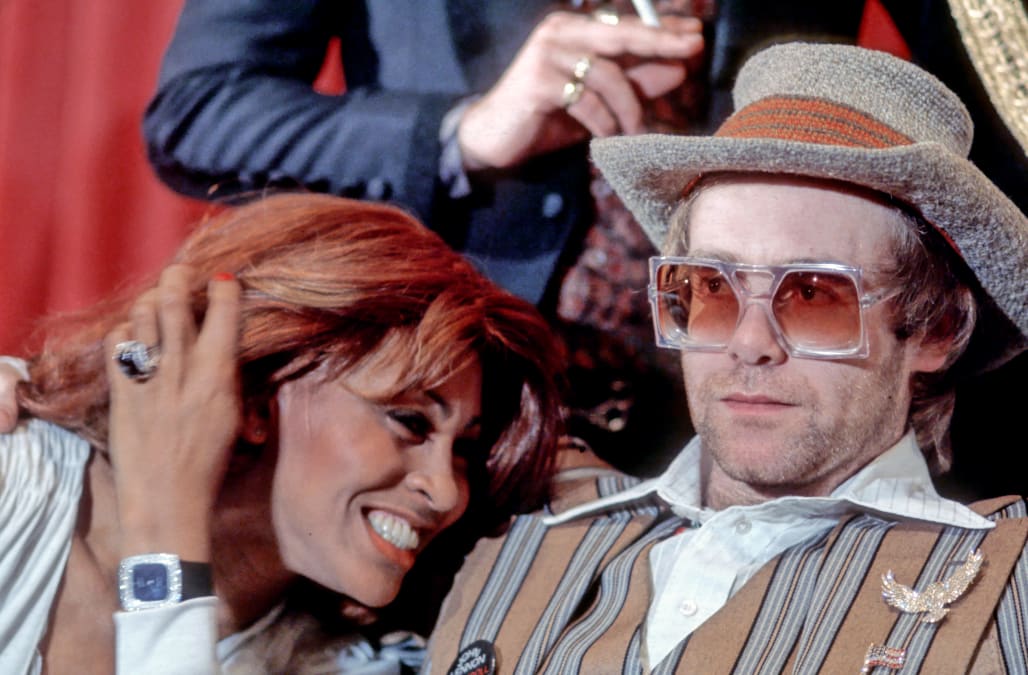 Elton John told Tina Turner to stick her song Proud Mary “up her arse” while she took shots at his appearance by telling him he looked “fat” in Versace clothes, the Your Song hitmaker has claimed.

The legends planned to tour together in 1997, but John has revealed how the stars clashed during rehearsals.

In an extract from his new autobiography, Me: Elton John, as published by the Daily Mail, the 72-year-old tells of how the pair butted heads in the planning stages.

He writes: "The subsequent debate about whether I knew how to play “Proud Mary” became quite heated, before I brought it to a conclusion by telling Tina Turner to stick her f***ing song up her arse and stormed off.

"I've thrown plenty of tantrums in my time, but there are limits: There's an unspoken rule that musicians don't treat their fellow musicians like s***."

The father of two claims Turner hit out at his taste and appearance.

Following the exchange, John says he "burst into tears" before ringing up his now-husband David Furnish to say how Turner had "sounded like [his] mother."

John also reflects on the difficult relationship he shared with his mother, Sheila Farebrother, in the upcoming book.

He details that he ceased contact with Farebrother for seven years following a remark she made about Furnish.