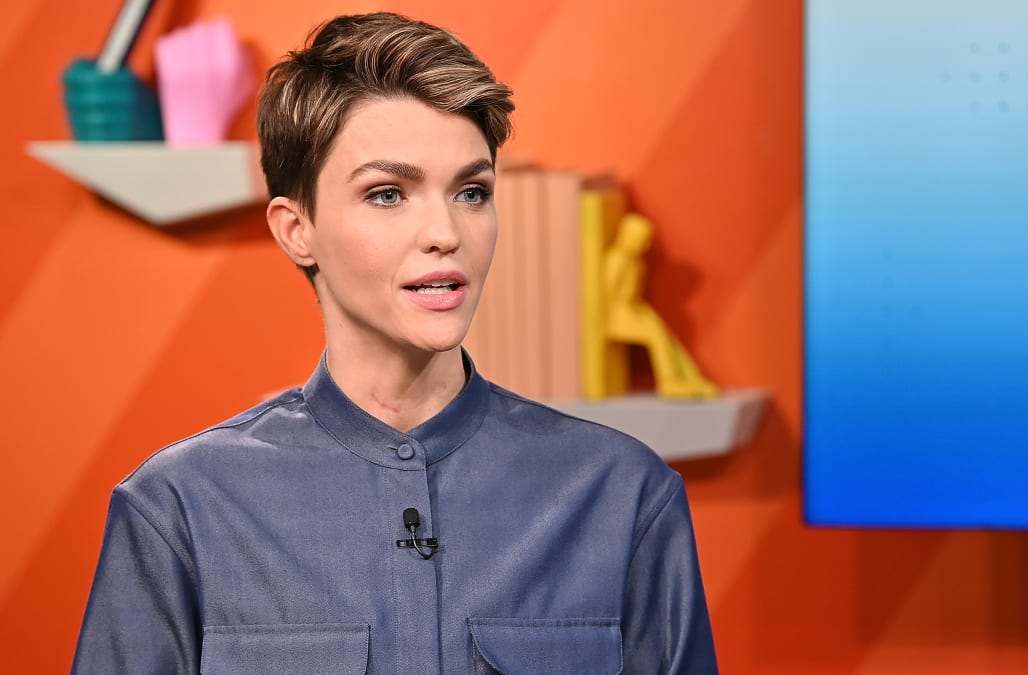 Ruby Rose is bringing awareness to World Mental Health Day by sharing her journey with depression. On Thursday, the “Orange is the New Black”star opened up about struggling "with mental health my entire life" in a candid post on Instagram.

"I was first diagnosed with depression at 13, then major depressive disorder at 16. When I was 18 I found out I had Dissociative amnesia," she began. Dissociative amnesia occurs when a person blocks out certain information, usually due to a stressful or traumatic event. Rose realized she had done just that when she ran into a friend from primary school.

"She remembered me but I didn’t recognize her at all,” Rose, 33, revealed. “She remembered our teachers, things we did and my monkey backpack... things I didn’t remember even when she said them with such innocent conviction.” She started asking her mom some questions and her "life changed."

"I found out I went from a smiling laughing child to a quiet mute who sat alone and stared off to the distance during recess after one of many traumatic events that I didn’t remember," she explained. Doctors at the time said she was "too young to process what had happened and that it was for the best." The actress didn't elaborate on the event.

"I was also diagnosed with Bipolar [disorder] for a long time until it turned out I just had depression," she wrote, adding, "the pure sad depression without the fun and not so fun parts of mania, it was an overactive thyroid that created that misdiagnosis. Cut to many dark times. On medication, off medication, on and off and on and off per each wrong diagnoses."

The “Batwoman” star continued, "There were hospitalizations, suicide attempts as young as 12. Cut to therapy and meditation, cut to seeing me at [every] self-help section of every bookstore. Cut to a brain scan which showed I had severe PTSD... cut to more therapy and tests that led me to my final diagnosis... C-PTSD. Complex PTSD." The condition is the result of experiencing trauma for months or years, rather than a single traumatic incident.

"What I have learned from the struggles of mental health is just how strong I am," she concluded. "It’s how amazing people are because they love me and support me and yet you can’t judge those who don’t understand and don’t know how to do that either. It’s that you cannot judge people at all because you can never know what they have been through. It’s that self love and self care is more important than anything else."

Rose's post was met with overwhelming support from fans and her celebrity friends.

"Thank you for sharing you have such an open heart!! You show others they can open up about their struggles as well," Ester Dean commented.

"Thank you for sharing Ruby. The internet needs people ready to be open and vulnerable on their platform," another person added. "Posts like this do make a difference and impact your entire community."

If you or someone you know needs help, please call the National Suicide Prevention Lifeline at 1-800-273-TALK (8255).

More from Yahoo Celebrity:
Matt Lauer rape accuser Brooke Nevils thanks supporters: 'I am truly grateful'
Lori Loughlin faces 'substantially higher' prison sentence than Felicity Huffman if convicted, U.S. attorney confirms
Aaron Carter announces move to a castle in Nova Scotia to get 'away from all the crap'