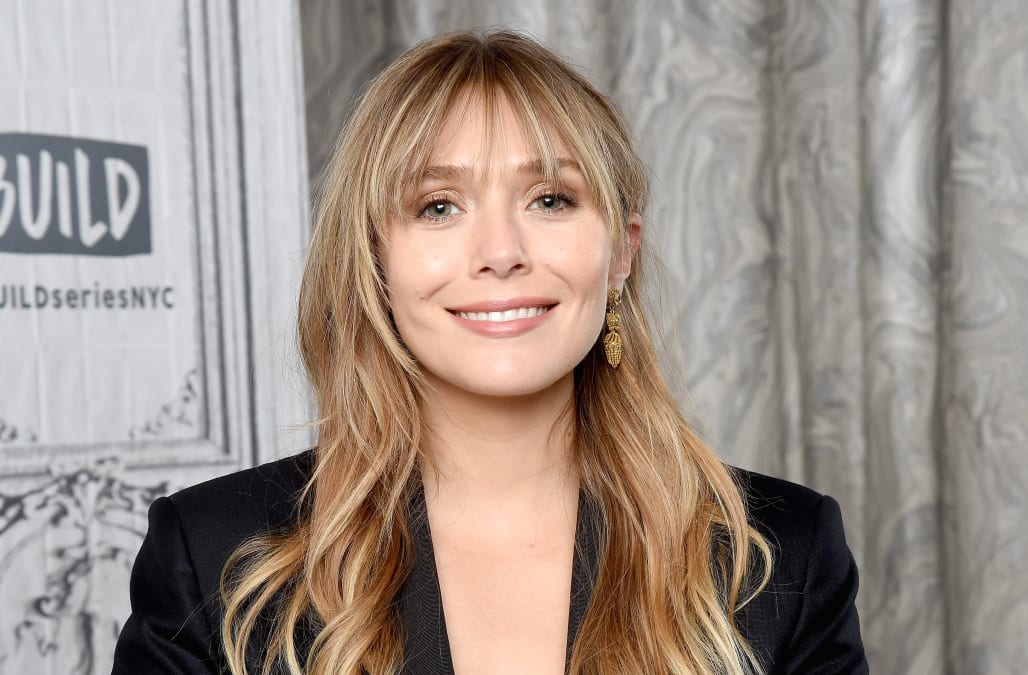 Elizabeth Olsen loves Instagram, but she doesn't really want to.

The "Sorry For Your Loss" actress joined the social media platform a little over two years ago, around the time that "Ingrid Goes West" premiered at Sundance in early 2017. In the film, Olsen plays social media influencer Taylor Sloane, which prompted her to create a profile in order to better understand Instagram and the effects that it has on its users.

Pretty quickly, she found that she enjoyed spending time on the app -- perhaps a little too much.

"I joined it after making the movie. I had to understand it," Olsen told AOL's Gibson Johns during an interview at the relaunch of Delta Skymiles American Express cards. "I'd never gone on it before, and because I started learning about Instagram, I kind of got it and liked being able to see my friends’ pages."

When asked if she has succumbed to any of the negative effects of Instagram since then -- i.e., doing certain things just to get a photo, spending too much time on her phone, worrying about what everyone thought of her -- Olsen confessed that she found herself comparing herself too much to others and spending too much time going down the Instagram rabbit holes that we're all familiar with.

"To me, the negative stuff was a lot of the comparative things that we do. I was like, 'Why am I doing this? This is so not me,'" she recalled to AOL. "Then I started focusing more on the things that I love, like pottery and interior design, and then I started liking it too much, so I unfollowed everything."

Indeed, despite her six million followers, Olsen follows zero people on Instagram. For her, that ratio (which mimics that of the likes of Taylor Swift and Beyoncé, both of whom also don't follow anyone on Instagram) allows her to cut off the endless stream of content she was feeding to her brain, which she found "craved" social media.

"I was excited to go to it, and I hated that my brain craved it," she explained. "It’s not a natural thing."

9 PHOTOS
Elizabeth Olsen out and about
See Gallery

As it stands, the actress has impressively cut her time spent on Instagram down an impressive "14 minutes a day."

Despite any issues she may have with Instagram and the culture that it helps to proliferate, Olsen -- who said that she's also "not very good at taking photos" -- maintains an account as "a business opportunity."

"When someone frames it to me that way, it's like, 'I might as  well give it a shot,'" she said frankly.

One of those business opportunities? Helping Delta and American Express get the word out about the upcoming relaunch of the #DeltaAmex in 2020, which includes all new benefits and rewards, like double miles on restaurants worldwide.

For Olsen, an Amex Ambassador and Delta loyalist, the announcement was "a very comfortable thing to talk about and promote."

Oh, and she also posted about it on Instagram:

More from Aol.com:
Todd and Julie Chrisley are cleared of $2 million state tax evasion charge
Drake responds to dad's claims that he lied about their relationship: 'My father will say anything'
‘Bachelor’ star Peter Weber hospitalized after suffering golf injury during filming