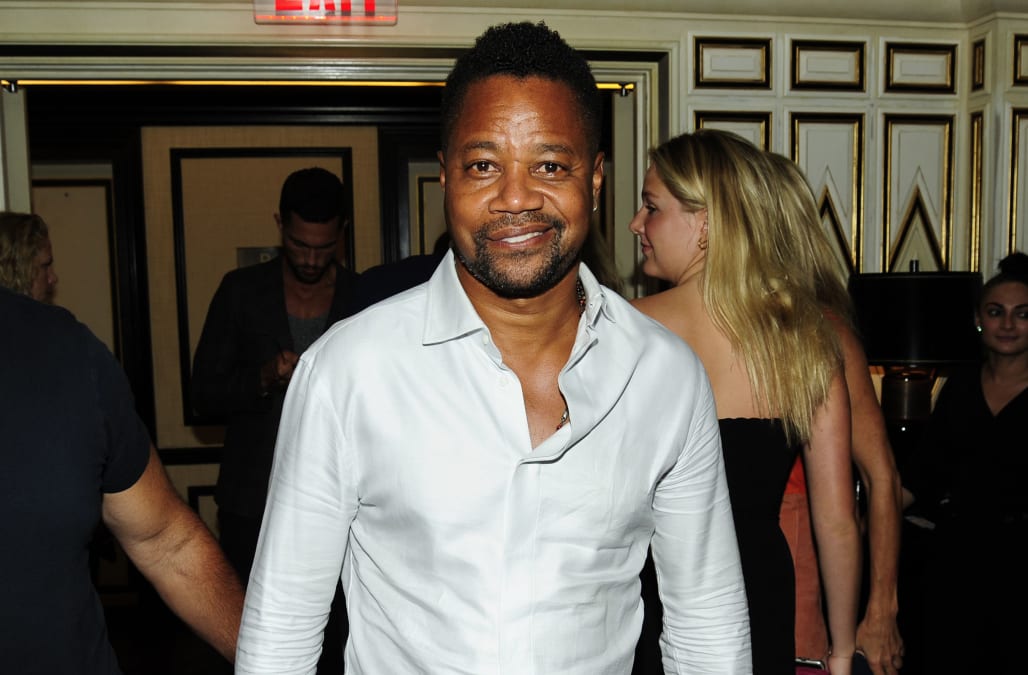 Cuba Gooding Jr. is facing new allegations as he awaits trial for allegedly groping a woman's breast at a Manhattan bar in June.

The Oscar-winning actor has been indicted by a New York grand jury, Yahoo Entertainment confirms, as prosecutors announce new charges filed. Assistant D.A. Jenna Long "stated in substance that the charges in the indictment cover the existing incident, as well as a new, previously uncharged incident."

Justin Henry, a spokesman for the Manhattan District Attorney's office, declined to comment further or specify the nature of the second incident. As a result, Gooding's trial — which was set to begin Thursday — has been postponed and a new arraignment is scheduled for Oct. 15. The indictment and the charges will not be unsealed until the actor's Supreme Court arraignment.

Gooding was already charged with third-degree misdemeanor sexual abuse and forcible touching stemming from the June incident. The forcible touching charge carries a maximum penalty of one year in jail. He has pleaded not guilty.

Wearing a black suit with a white pocket square, the 51-year-old actor appeared in court Thursday where he remained quiet, according to The Daily Beast. The revelation he was being hit with new charges reportedly "garnered murmurs throughout the courtroom." Prosecutors asked Judge Marisol Martinez Alonso to delay the jury selection because of the new allegations.

A 29-year-old woman, who has not been identified, claimed she was sexually assaulted at Magic Hour Rooftop Bar & Lounge in Times Square on June 9. The accuser told authorities the actor was "heavily intoxicated," so she offered him a cup of water. According to the criminal complaint, the woman said the actor then placed his hand on her breast without her consent and squeezed. They reportedly got into an "argument" and she left the bar and immediately called 911. Although Gooding was not at the bar when police arrived, The People v. O.J. Simpson star voluntarily turned himself into authorities. The actor has vehemently denied any wrongdoing.

After Gooding’s arrest, police were reportedly investigating a second groping allegation from a woman who claimed the incident happened in 2008. An attorney for the actor told the New York Daily News his client had no recollection of the alleged incident. New York has a 5-year statute of limitations for such assaults, so it's unclear if this has anything to do with the new charges brought against Gooding.