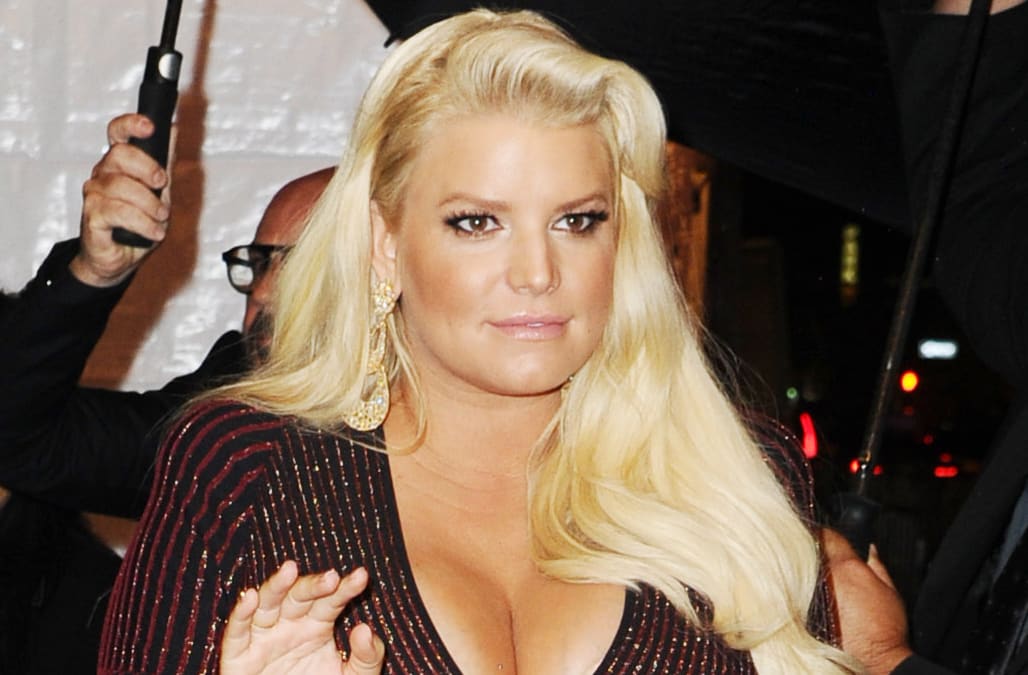 It’s not just Jessica Simpson’s once-swollen ankles that are back in business. The new mom is back in a bikini nearly four months after the birth of her third child, daughter Birdie Mae.

The former pop star — who just announced that she’s writing her first book, a memoir — picked the perfect occasion to slip into a plunging, leopard-print bikini: her 39th birthday. Simpson celebrated her special day on July 10, treating fans to a glimpse of her postpartum curves and declaring, “39 is all mine!”

The mom of three was surrounded by several friends on her big day, but they weren’t the only ones cheering her on. Simpson’s fans were undeniably here for it.

“Note to self: Look this good at 39,” wrote a commenter, while another hailed her as a “goddess.”

And of course, many couldn’t resist calling attention to the nursing mom’s post-baby cleavage, with one follower joking, “No more swollen ankles! Just swollen tatas!”

Mind you, Simpson’s never needed an excuse to break out the bikini. Just days before giving birth to Birdie, the heavily pregnant star was praised for “keeping it real” by showing off her bump in a two-piece.