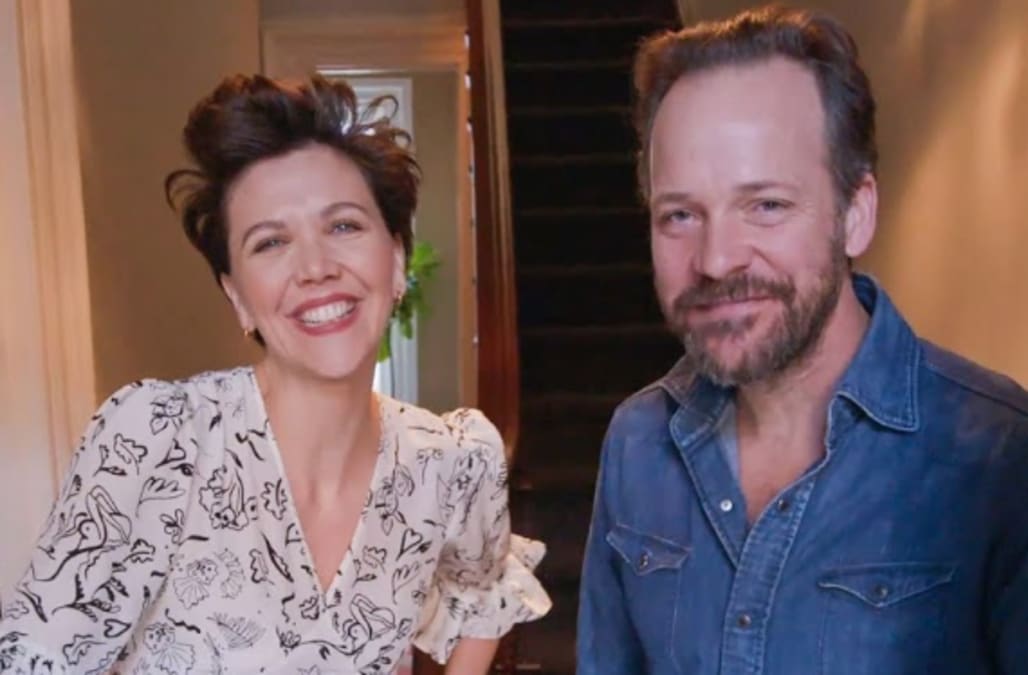 Maggie Gyllenhaal and her husband, actor Peter Sarsgaard, almost didn't make it to their own Architectural Digest house tour.

The couple's episode of AD's popular home tour series, "Open Door," premiered back in February and, since then, the clip of their "bohemian Brooklyn brownstone" has racked up over 1.8 million views on YouTube. Judging by the comments viewers responded positively to their home, which "actually feels like a home and not just something taken straight from an interior design magazine," as one user wrote.

For Gyllenhaal, the response to her house tour came as a relief.

"That means a lot to me," she said during an exclusive interview with AOL's Gibson Johns at the Josh Cellars Father's Day Pop Up wine shop at Grand Central Station. "I thought it was maybe too goofy, or something."

But, unbeknownst to viewers, the tour actually almost didn't happen because of a mishap that the couple had with their electric car -- which actually ended up giving their home more of a "lived in" vibe during the tour, which you can watch at the top of the page.

13 PHOTOS
Maggie Gyllenhaal out and about
See Gallery

"We had planned to spruce it up a little, but we have a Tesla and we didn’t realize that it has half the battery power in the cold," Gyllenhaal laughed. "It was a freezing cold day, and we were driving down from Vermont, and we got very delayed. We basically ran in, I put on a dress and they were waiting for us to come [home] for hours. We got there, and it was like, 'Go!,' and we did it."

For the couple, who share two daughters Ramona, 12, and Gloria Ray, 7, their "Open Door" episode will serve as a memento of their current home before their upcoming move to a new house, Gyllenhaal revealed to AOL.

The upcoming move will just be another thing that the 41-year-old will be adding to her plate. When we asked her at the Josh Cellars Pop Up opening what her ideal scenario to relax with a glass of wine with, she lamented that she rarely gets the chance to do so.

"I have two little kids and a lot going on," Gyllenhaal explained. "So, it’s very rare for me that I’ll have wine with lunch. It just seems so luxurious and delicious to go, ‘F--k it! I have nothing to do for the whole rest of the day,' because of course the day is over if you have a glass of wine at lunch. Maybe I would choose that, with pasta and somewhere warm and sunny. It could also be cold and snowy near a fire, but definitely a glass of wine with pasta at lunch."