O.J. Simpson shuts down rumors of sleeping with Kris Jenner or being Khloe Kardashian's father on Twitter 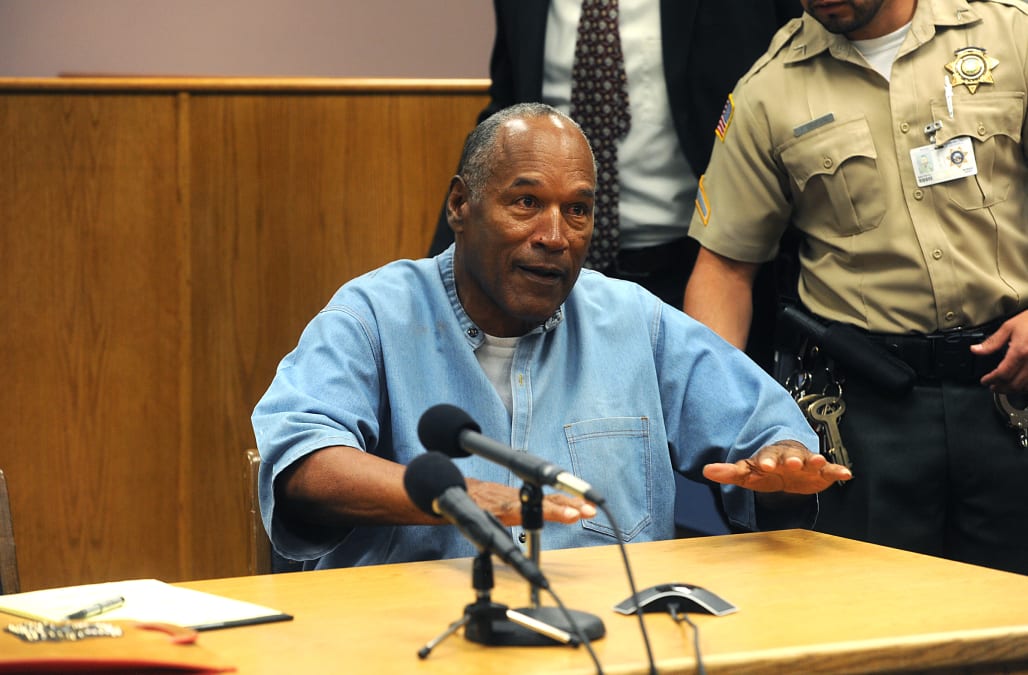 When O.J. Simpson joined Twitter last week, the controversial figure said he'd be using the social media platform to hold people accountable for what they say about him, and he's starting with the long-circulating rumors that he's Khloe Kardashian's biological father.

Simpson posted a video on Sunday in response to a documentary being shopped around by Norman Pardo -- who claims to be Simpson's former manager -- regarding the murder of Nicole Brown and Ron Goldman, for which Simpson was famously tried and acquitted.

In Simpson's video, he denies that Pardo was ever his manager at all, and vehemently rejects the allegations that he had an affair with Kris Jenner.

"Bob Kardashian, he was like a brother to me. He was a great guy," Simpson shared, referring to Kris' late husband who also defended Simpson in court during his 1995 murder trial. "He met and married Kris and they really had a terrific time together, when they were together. Unfortunately that ended."

The first thing I want to set straight is this story Pardo (who was not my manger) is talking about all over the media regarding me & @KrisJennerpic.twitter.com/tZ9EJd4qxF

Simpson, who had been a friend of the Kardashian family when Khloe, Kim and Kourtney were children, said he's "very proud' of Khloe and her sisters, "Like I know Bob would be if he was here."

"But the simple fact of the matter is she's not mine," Simpson stated in no uncertain terms.

Regarding Pardo's claims that he was Simpson's manager, Simpson flat-out denied that Pardo has "ever been anything remotely like a manager for me."

"I've always managed my own affairs, and I like to think very successfully," Simpson said. "So when you see these guys [who] claim they're my manager, it's just not true."

Watch the video below for more on Simpson's parole, which was granted in 2017 after he served nine years in prison following his conviction on multiple felony charges including robbery, burglary, assault and kidnapping.