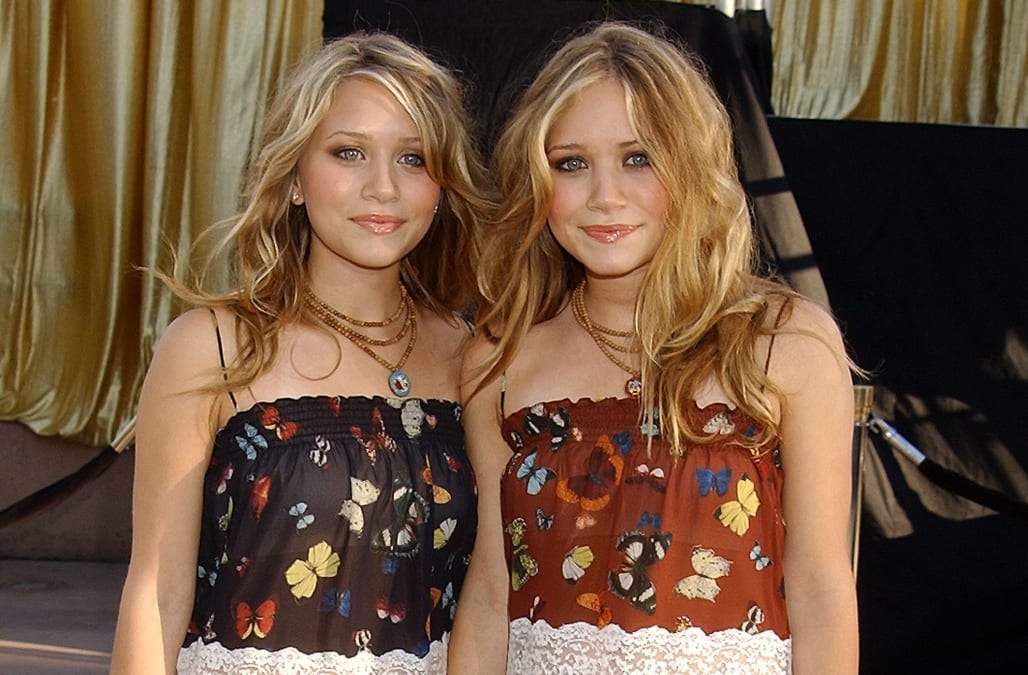 Ashley and Mary-Kate Olsen currently reside in New York City and are rarely ever spotted. The 31-year-old twins live a very private life and usually only attend public events such as the Met Gala and formal charity affairs. At just six months, they began their start in what would soon become a billion dollar empire. Here's how:

Dualstar Entertainment Group (1993-present) - Two years before the show ended, the Olsens created and began co-owning Dualstar Entertainment Group, which was set up by their manager, Robert Thorne. The company produced all of the Olsen's iconic films and television series. A year after the launch, "The Adventures of Mary-Kate & Ashley" debuted a widely profitable series of musical mystery videos followed by a collection of children's books and games. The duo's famous motto was "will solve any crime by dinnertime."

The sister act went on to star in over ten films including "Double, Double, Toil, and Trouble," "It Takes Two," "Billboard Dad," "Passport to Paris," and "Holiday in the Sun." In the midst of all movies, they had three major TV series once Full House officially ended on the ABC network. The shows were "Two of a Kind", "So Little Time" and the animated series "Mary-Kate and Ashley in Action".

After appearing in numerous different cameos including "The Simpsons" and "Weeds" and filming their last movie together, "New York Minute," the Olsen's put acting on hold and decided to go head first into the fashion industry. Under the Dualstar umbrella, Ashley and Mary-Kate launched an array of fashion brands that all began with a namesake line of fragrances, make-up and even toothpaste. Today, the combined Olsen fashion empire is estimated at over a billion dollars.

According to a Telegraph report, at 10-years old, the sisters became the youngest self-made millionaires in American history and were handed control of Dualstar on their 18th birthday, making them among the richest teenagers in the world.

The Row (2006-present)- After the success of launching affordable clothing lines with Wal-Mart and J.C Penny, The Olsens started The Row as a personal project in 2005 with the challenge of creating the perfect t-shirt. A year later, they created a 7-piece couture collection made up of luxury basics that were first bought by Barneys New York. The success of their high-end label lead them to win a total of four CFDA awards at the highest honor a fashion designer can receive.

Elizabeth and James (2007-present) - With the success of The Row, the sisters tapped into the contemporary market and created the chic clothing and accessory line, Elizabeth and James, named after their younger siblings. Sold across major retailers such as Nordstrom, Bloomingdales and high-end stores like Intermix, the line is inspired by their iconic personal wardrobes and vintage finds. In 2016, WWD reported that Elizabeth and James's apparel generates between $40 million and $50 million in wholesale volume, while their fragrance called Nirvana account for $18 million at retail in Sephora.

Mary-Kate and Ashley Olsen style transformation
1991
At five years old, the Olsen twins sport matching floral outfits and frilly socks.
1992
The Olsen twins stand arm in arm, wearing lacy tiered dresses.
1993
Hand in hand like true BFFs, the twins wear adorable straw hats and sandals for their day in the sun.
1993
The twin youngsters hit NYC in nautical-inspired looks topped off with adorable red bows.
1994
Mary-Kate and Ashley wear cute as can be adorable floral headpieces.
1995
The twin take to the It Takes Two red carpet wearing matching oriential-inspired floral dresses.
1996
Mary-Kate and Ashley attend the 9th Annual Kids Choice Awards in all black and their favorite: floral.
1998
Mary-Kate and Ashley take their first fashion risk and don shiny suits on the red carpet.
1998
The twins wear complementary red and blue.
1999
The twins (growing up fast!) wear pastels and matching black jackets and purses on the red carpet.
2001
The twins may have stopped matching their clothes, but that doesn't mean they still don't like the same style. The two wear all black as they walk down the red carpet.
2002
And, we're back to matching! The Olsen twins wear complementary black dresses at the Vanity Fair Oscar Party.
2003
The twins show their love for tropical flavor with bright colors and floral patterns.
2003
The twins go for bold eye makeup to complete their red carpet look.
2004
Mary-Kate and Ashley wear their hair long and free.
2004
The twins hit the Kids Choice Awards orange carpet with sun-kissed glow.
2004
The twins are honored with a Star on the Hollywood Walk of Fame in short high heels and flowing dresses.
2004
Fresh faced and smiling, the twins go for loosely fitted dresses.
2005
Mary-Kate and Ashley Olsen begin attending New York Fashion Week, sporting clearly defined and independent styles.
2005
Mary-kate and Ashley attend the amFAR "Cinema Against AIDS" Gala with two radically different hairstyles.
2005
The Olsen twins attend the Met Gala with two looks that couldn't be more different.
2006
Mary-Kate and Ashley Olsen love their flowing sheer dresses.
2006
The twins rock beachy hair, tanned skin, and casual looks at a charity event.
2006
Red lipstick gives the two sisters a pop of color for their dark dresses.
2007
The twins attend New York Fashion Week in full on high-fashion glamour.
2007
Mary-Kate and Ashley go with a smoky eye at the CFDA Fashion Awards
2008
The twins wear oversized dark sunglasses at the Chanel runway show.
2008
With a cutout dress for Ashley and metallic gold for Mary-Kate, the twins are ahead of the trend game at the MET Gala.
2009
Sunny blonde hair gives the twins a perfect summer glow.
2009
The Olsen twins add a pop of color to their black and white outfits with patterned and bright colored clutches.
2010
The twins don flowing, angelic dresses on the red carpet.
2010
The twins love to pair starkly contrasting black and white in their outfits.
2010
Black on black on black is the twins' high-fashion motto.
2011
Sunglasses inside? The Olsen twins can get away with breaking any style rule they'd like because they still look fabulous.
2011
The twins haven't stopped matching! Their twin purses are as cute as can be.
2012
The twins have never let go of their most iconic look: flowing loose-fitted dresses.
2012
The twins rock chic black sunglasses to complement their all-black outfits.
2012
Who can wear sunglasses inside and get away with it? Mary-Kate and Ashley can wear sunglasses inside and get away with it.
2012
The twins look more grown up than ever with fully developed and sophisticated personal style.
2013
The twins have lost their indoor sunglasses look, but have returned to their go-to: all-black!
2013
At an Estee Lauder event, sporting bags of their own design.
2014
Posing in casual attire at the Elizabeth and James fragrance launch event.
2013
Mary-Kate cozies up to fiancee Olivier Sarkozy.
2013
Ashley takes Olivier's usual spot at the game.
2014
Posing on the CFDA red carpet, just before winning their awards for Accessories Designers of the year.
2014
Looking ultra-chic in Paris.
2014
Looking regal at the Met Gala.
2015

Wearing their style uniform: all black, at the CFDA Awards.

Channeling the gothic at the 2015 Met Gala.

Rocking black and gold at the 2016 Met Gala.