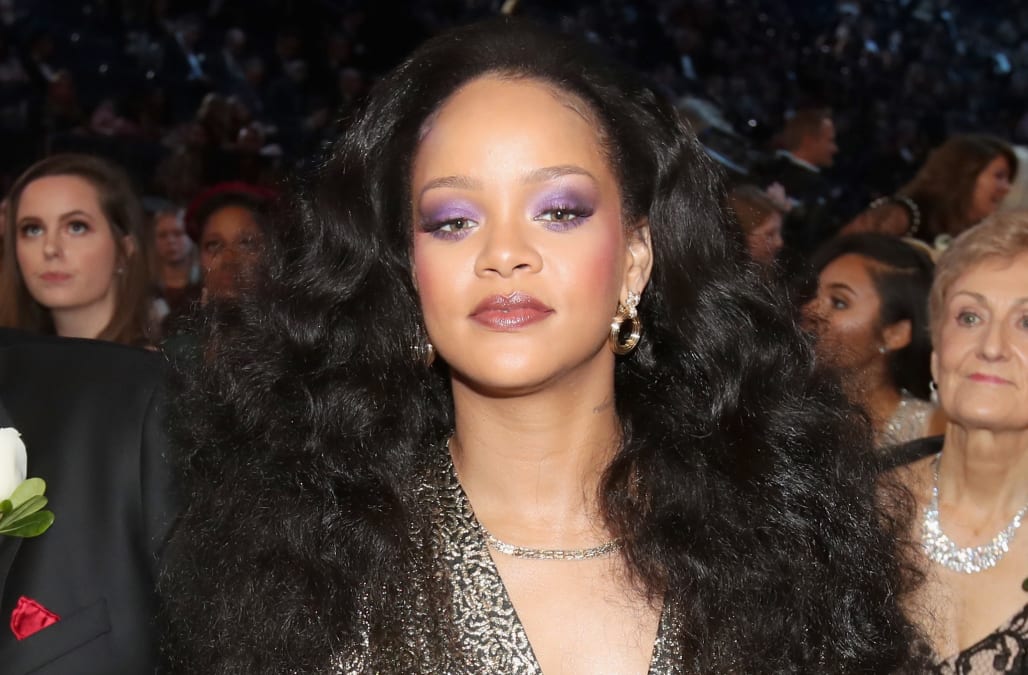 On May 15, Alabama Gov. Kay Ivey signed into law the nation's strictest abortion bill, which makes it a felony for doctors to perform the procedure, even in the case of rape or insest. She said she hopes it ultimately prompts the U.S. Supreme Court to overturn Roe v. Wade.

While stars take to social media to share their own stories of abortion using the hashtag #YouKnowMe, other high-profile celebrities are voicing their anger for Ivey.

Rihanna shared an Instagram post showcasing 25 white men who were part of the lawmaking decision to pass the legislation.

"Take a look. these are the idiots making decisions for WOMEN in America. Governor Kay Ivey...SHAME ON YOU!!!!" she captioned the shot.

take a look. these are the idiots making decisions for WOMEN in America. Governor Kay Ivey...SHAME ON YOU!!!!

From Lady Gaga to Kerry Washington, John Legend and Barbra Streisand, read Hollywood's reactions in the gallery below.

Stars slam new Alabama abortion bill
take a look. these are the idiots making decisions for WOMEN in America. Governor Kay Ivey...SHAME ON YOU!!!!
#AlabamaAbortionBan #Alabama #AlabamaSenate #NoUterusNoOpinion #PlannedParenthood #ProChoice I love you Alabama pra… https://t.co/A7HQVGoMGA
Take a minute to read this. It’s maddening. We are regressing. https://t.co/cQptvKZAar
Instagram
These statehouses are waging all-out war on women and their right to control their reproductive decisions. This is… https://t.co/L4dMJvQLdD
Of those 25 men who voted to ban abortion in Alabama, I’d like to know how many of them have ever been pregnant. Or… https://t.co/9fJ1ozgZNs
This week, 25 old white men voted to ban abortion in Alabama even in cases of incest and rape. These men in power are imposing their wills onto the bodies of women in order to uphold the patriarchy and perpetuate the industrial prison complex by preventing women of low economic opportunity the right to choose to not reproduce. The states trying to ban abortion are the states that have the highest proportions of black women living there. This is about class and race and is a direct attack on the fundamental human rights women in the US deserve and are protected by under Roe vs. Wade. Our bodies, our choice.
1 in 4 women have had an abortion. Many people think they don't know someone who has, but #youknowme. So let's do t… https://t.co/wOeNHDk5fl
Good grief. Women should have the same autonomy over our bodies that men do. If we don’t have autonomy we don’t ha… https://t.co/XCuHppUK3O
There is a cold place in hell for the Alabama Senate.
This is awful. Outrageous. Unconstitutional. https://t.co/CkDZ25urC2
The retrograde Alabama criminalizes abortion even in the case of rape and incest. Voted for overwhelmingly by GOP m… https://t.co/tjchsPYH4M
There have been nearly 30 bans on abortion introduced, passed, or signed into law in statehouses around the country… https://t.co/poClhe5uG5
THE GOAL IS TO CONTROL WOMEN. https://t.co/EZ4G6zbxUw
THIS IS REAL & is HAPPENING IN THE UNITED STATES OF AMERICA https://t.co/x7juRSCzkD
SHAME ON ANYONE INVOLVED IN THIS. #Alabama https://t.co/7G67TfS2HB
The news about Alabama tonight is horrifying. See below for a good local place to donate to fight this. My God what… https://t.co/uhpsc7HGXr
Don’t move forward after reading this like everything is normal. Don’t shake your head at Alabama and then keep goi… https://t.co/TapGRQxc9h
Do what the Alabama government refuses to do: help women by donating to the https://t.co/VxouPOI5gt. Donating is as… https://t.co/h8Ef8mt5uv
Every single State senator who voted to restrict reproductive rights for women, was a man. https://t.co/ImAwZfFN4Z
Good morning, women. Make no mistake. This is war.
You’re right to be horrified. Your life and your body are your own. Now we find ways to help those most impacted. L… https://t.co/g3q9cX33jx
This only ends with impeachment - and people in the streets RT @AshleyBC137: 😳😨 https://t.co/Vp3avCA12n
Up Next