’Game of Thrones’ actor and champion weightlifter admits to steroid use 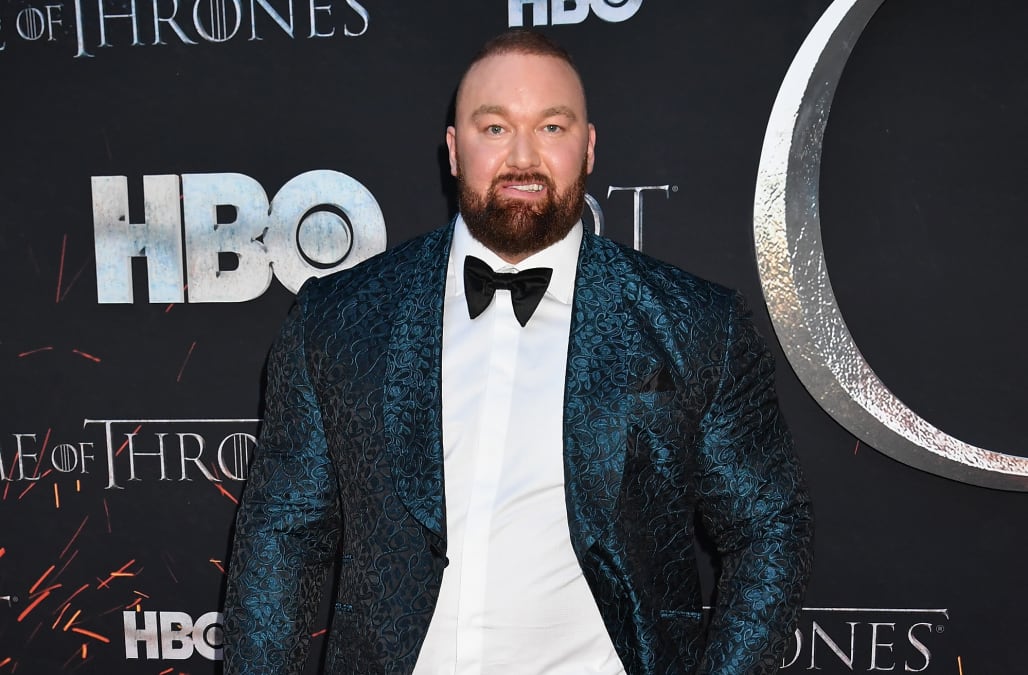 A PED scandal is coming!

Hafthor Julius Bjornsson, the Icelandic weightlifter who plays Gregor Clegane, aka “The Mountain That Rides,” admitted in an interview to using steroids, but did not elaborate to say whether he had used them to win different weightlifting competitions around the world.

Clegane’s aligned with the Lannisters--never ones to hesitate to do whatever it takes to win--so this isn’t much of a surprise.

“When you want to be the best, you do whatever it takes," the reigning World’s Strongest Man told ESPN’s E:60 program.

Asked if he had ever used steroids to gain a competitive advantage, Bjornsson said, “Yes, I have.”

The interview was recorded in 2017, but aired Sunday.

When prodded to answer a followup, the weightlifter said, “Can we just skip those questions?”

Bjornsson offered that he has never failed a drug test at a competition.

The 30-year-old Bjornsson became a weightlifter after he twice broke his ankle and abandoned his goal of playing professional basketball, he told ESPN. He now stands at 6-foot and nine inches, and weighs 440 pounds.

Bjornsson told the sports network that he eats eight meals a day when he is training for competitions. That’s a whole lot of pies from the Rat Cook.

While Bjornsson is aware of the risks, he said that those come with the territory.

The 2019 World’s Strongest Man competition is set to be in Bradenton, Florida and Bjornsson plans on defending his title. Unless his brother takes him out before then.

The eighth and final season of “Game of Thrones” aired its first episode Sunday.