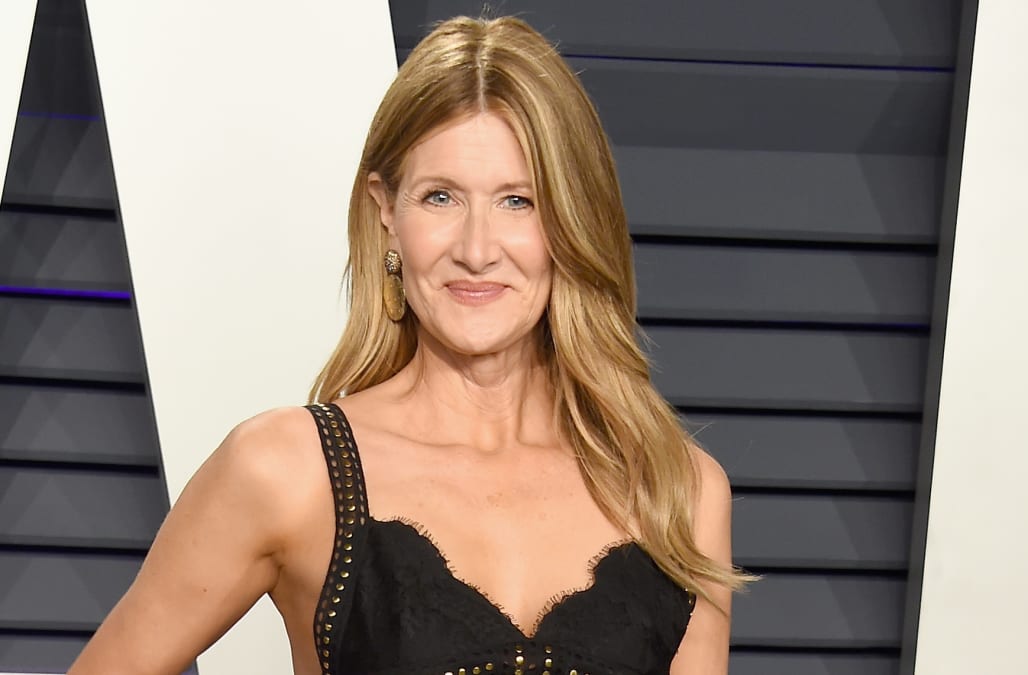 Laura Dern continues to be at the forefront of change sweeping across Hollywood, and she wants people to know that she's hoping to encourage action and equality across industries.

The actress is speaking out in honor of Equal Pay Day, April 2, calling attention to the gender pay gap, in which women make 80 cents to for every dollar earned by their male counterparts. Though a lot of the noise and headlines are coming from the film industry, Dern "hopes to raise awareness about the gender pay gap, so hopefully the next generation -- my kids -- don't having to deal with it," regardless of occupation.

"The thing that I think that was so profound for Time’s Up is that many women from my industry and many actresses shared their experiences to say that it’s happening to all of us. We didn’t say anything for so long, because we were fed a belief system, which is, ‘Are you kidding? You’re lucky enough to be acting in a movie. You can’t complain and ask for more money,'" Dern told AOL's Gibson Johns during a phone call this week. "There are women in real jobs who have these problems, and all this rhetoric that intimidated women in my industry to be silent instead of using their platform to speak up and realize that there is power in numbers needs to stop. Whatever industry you’re in, we have to come together as fellow female workers across industries and say, ‘We have the right to be paid equally.'"

Dern recalled a recent interaction with a male peer of hers, in which she showed her appreciation for all the work that he's doing "at a major company." His reaction? "Why are you thanking me? I was raised by a mom who held three jobs to put me through school. That’s why I’m here. This is what we all have to be doing."

For the "Big Little Lies" actress, his response is emblematic of how other men should also be acting: After all, it's men who still hold a large majority of leadership roles across all industries in the United States, so it's critical for men to help enact change, too.

"I'm so grateful for my male advocate leaders who I get to work with in my industry who feel it’s a moral obligation to make sure there’s parity in their board rooms to start with to then fight for parity behind the camera, in front of the camera and in the content they’re creating," she said.

As part of her work to close the gender pay gap, Dern executive-produced a hidden camera video for NUT-rition which playfully turns the tables on men, to put them in the shoes of women who are expected to do the same work for less money simply because of their gender.

"I wanted to spread awareness for Equal Pay Day, because we’re all trying to use our voices to raise awareness and have people tangibly understand the absurdity of the numbers that we’re still having to have the conversation around," she explained. "People are still afraid and feeling abuses of power about going to HR in their companies, and they’re figuring out how to use their voices without losing their jobs. This is going on everywhere, across all industries, so the fact that NUT-rition figured out a tangible way to create messaging, but then be in partnership with Equal Rights Advocates, which is available to anyone experiencing a pay gap discrepancy, that’s incredible to me."

Find out more about Laura Dern's work with NUT-rition here.