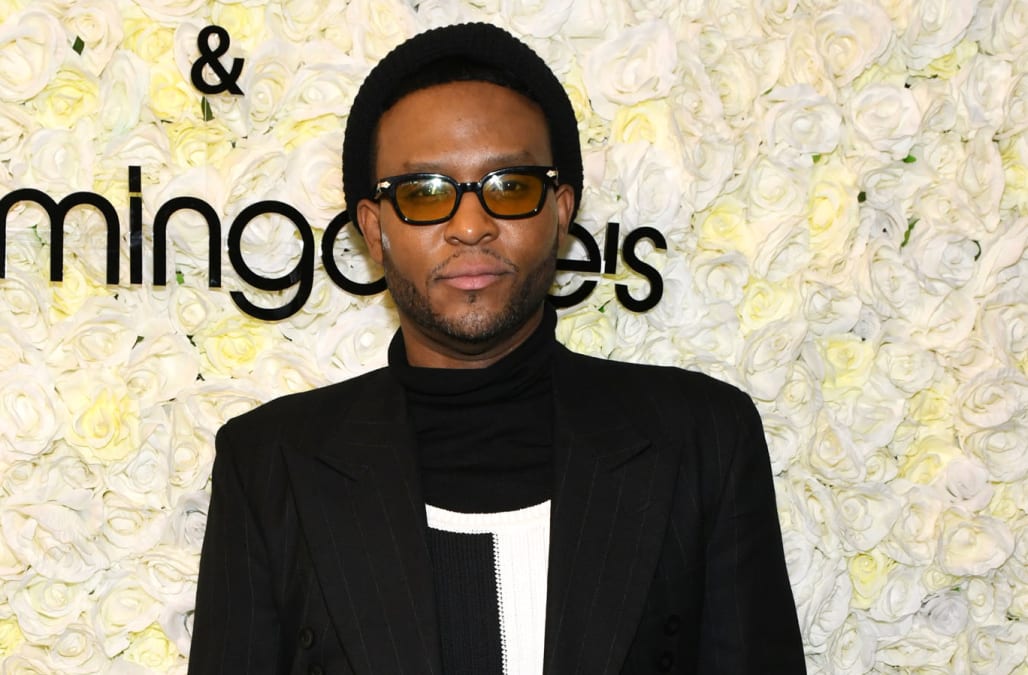 If you're not familiar with the name Law Roach, chances are you're probably a big fan of his work without even knowing it.

The celebrity stylist is an A-list image architect for Ariana Grande, Anne Hathaway and Zendaya. However, when talking about Roach, it's essential to credit him with Céline Dion's couture comeback.

SEE ALSO: The legacy of Law Roach - From Zendaya to Celine Dion

AOL caught up with the stylist at Bloomingdale's in New York City, where he teamed up with the brand to style and star in their latest Mix Master's spring style campaign.

"Trends that I'm really excited about for Mix Masters is neon. I think we've seen that a lot of places -- even in Paris this last season at Saint Laurent and some of the bigger [fashion] houses. But I love when trends make it to the everyday people and Bloomingdale's has a way of giving you affordable luxury. I think that's really important," Roach told AOL of their collaboration.

NYC! Im coming to Bloomingdale’s 59th St Today!!! March 14th at 6:00pm to celebrate the launch of the new spring campaign Mix Masters, which I’m honored to be part of. Love this campaign – I’ll be on the second floor! Drop me a comment and let me if you’re coming to see me at @bloomingdales

In addition to countless red carpets and never-ending press tours, Roach is also the costume creative behind Ariana Grande's 80-date Sweetener World Tour. The stylist has worked with Grande for nearly five years and has done fifteen of her music videos, making him responsible for some of the most epic moments in today's pop culture.

"I'm doing the tour. I won't go to every leg but I'll go to the first few shows and I'll drop in and out just to make sure everything is great and that the costumes are still looking good. She is the only person that I know that walks around, dances and practices in 6-inch double platforms every single day and never complains about it. In the four-and-a-half years I've been working with her, three albums, fifteen videos, I've never heard Ariana Grande complain about her feet. I call them magic feet."

"'Thank U, Next' and '7 Rings' were kind of like in my Ariana Grande video career the biggest ones. 'Thank U, Next' was so iconic and it actually broke YouTube. It has like billions of views at this point."

"A funny story about that is we were doing another shoot and [Ariana] was like, 'I have this video coming out, do you want to do it?' and I said 'What do you mean? I want to do everything with you! You're Ariana,'" he laughed. "She was like 'It's stupid though, it's just like costumes.' And then they sent me the inspiration and I called her and said 'Are you f--king crazy?! 'Clueless,' 'Mean Girls!' Are you kidding me?!' She's like 'I didn't know [if you wanted to do it].'"

The music video recreated iconic chick flick moments from films such as "Mean Girls," "Bring It On," "13 Going On 30" and "Legally Blonde," which instantly soared to the top of Billboard Hot 100 becoming Grande's first No.1 song.

11 PHOTOS
Ariana Grande in 'Thank u, Next'
See Gallery

More from Aol.com:
Jennifer Lopez and A.Rod star in first campaign as a couple
Lindsey Vonn debuts as the first ever ambassador for Dwayne ‘The Rock’ Johnson’s ‘Bend Boundaries’ Project Rock Collection
Celeb Spotter 094: Lupita Nyong'o steals the show on 'Us' press tour