Jenny McCarthy explains why she was miserable at 'The View,' compares Barbara Walters to 'Mommie Dearest' 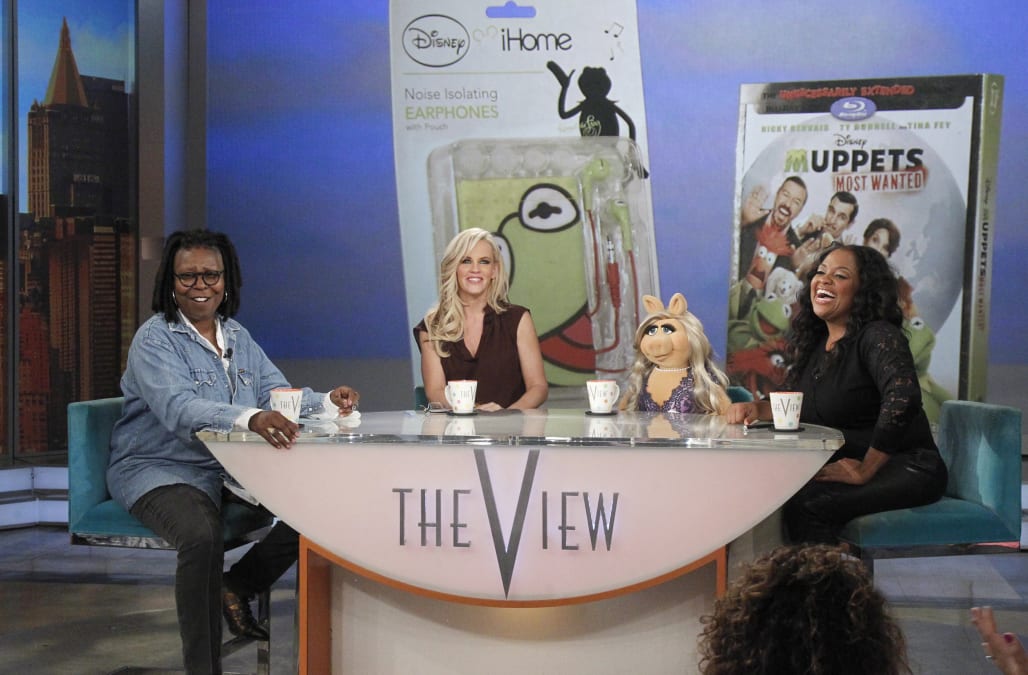 Jenny McCarthy is spilling the tea about her time on ABC talk show The View, beginning with her experience working with executive producer and co-host Barbara Walters.

“You know the movie Mommie Dearest? I remember as a child watching that movie and going, ‘Holy cow!’ I’ve never seen a woman yell like that before until I worked with Barbara Walters,” McCarthy tells author and Variety reporter Ramin Setoodeh in his new book, Ladies Who Punch: The Explosive Inside Story of ‘The View’, according to a press release from the publisher, St. Martin’s Press.

McCarthy also described a time she appeared on the show as a guest, to promote her 2008 book, Louder Than Words: A Mother’s Journey in Healing Autism, in which she wrote about her beliefs that vaccines played a role in her son’s autism. She said Walters “blew up” at her in her dressing room before the show.

The former host, known for appearing on the MTV show Singled Out and for her time as a Playboy model, joined the ABC daytime show in September 2013 and stayed for just a year — one that she described as “miserable.” Although her understanding was that she’d joined the show to inject some humor and pop culture, McCarthy said she was pushed toward filling the hole the departed co-host Elisabeth Hasselbeck had filled as the more politically conservative one at the table.

“They did try to change me,” McCarthy said of show executives. “They wanted Elisabeth back, and I wasn’t Elisabeth. I would literally have meetings before the show of them trying to input opinions in me to go against [fellow co-host] Whoopi [Goldberg]. I was going to work crying. I couldn’t be myself. Every day I went home and I was miserable. It really was the most miserable I’ve been on a job in my 25 years of show business.”

Some of the other reasons behind McCarthy’s awful time:

“Barbara would check out what I was wearing. If she didn’t agree with it, or it didn’t complement her outfit, I had to change,” McCarthy said. “Mind you, she doesn’t look at anyone’s clothes but mine. There were times when she’d say ‘change,’ and she’d make people run out and get that [same exact] dress in her size. I was a human Barbie doll.”

“People don’t understand,” McCarthy said. “Whoopi can knock over anyone in a debate. Her voice is strong not only in meaning but also in sound. I was able to get a point out in three words — like ‘I don’t agree’ — and that’s all I would be able to say. I would be stepped on or interrupted.”

That time Walters accused her of not flushing a tampon in the studio restroom.

“She’s standing in the hallway where the guests are, yelling at me about a tampon. I don’t know. Maybe in her brain, she went, ‘I’m going to the youngest, newest person here, because obviously she has her period and left a tampon floating.’ This is Barbara Walters. I’m not going to yell at her. So finally I said, ‘I’ll take care of it. I’ll take one for the team and I’ll flush it.'”

Walters and Goldberg struggled for power.

The founder of the show and the Oscar-winning actress, who, according to the book, felt she wasn’t being paid enough and was often admonished by Walters for any perceived misstep, often butted heads. One frequent topic: who had the job of leading the conversation at the “Hot Topics” table.

“There was a war between Barbara and Whoopi about Barbara wanting to moderate,” McCarthy said. “This is one of the reasons I decided not to ally with Whoopi. It broke my heart when Barbara would shuffle to Whoopi and say, ‘Can I moderate, please?’ And Whoopi would say no. How can you do this to a woman who paved the way for so many female journalists? The reason we’re doing this job is because of Barbara Walters.”

Walters was denied her request even in her final days of hosting the show before her 2014 departure, McCarthy said.

Reps for Walters and Goldberg did not immediately respond to Yahoo Entertainment’s request for comment.

Ladies Who Punch: The Explosive Inside Story of ‘The View’ is scheduled to arrive in bookstores on April 2, but it’s available for preorder now at Amazon.

Yahoo Entertainment may receive a share from purchases made via links on this page.