Alex Trebek thanks fans for their support following his cancer announcement: 'I'm a lucky guy' 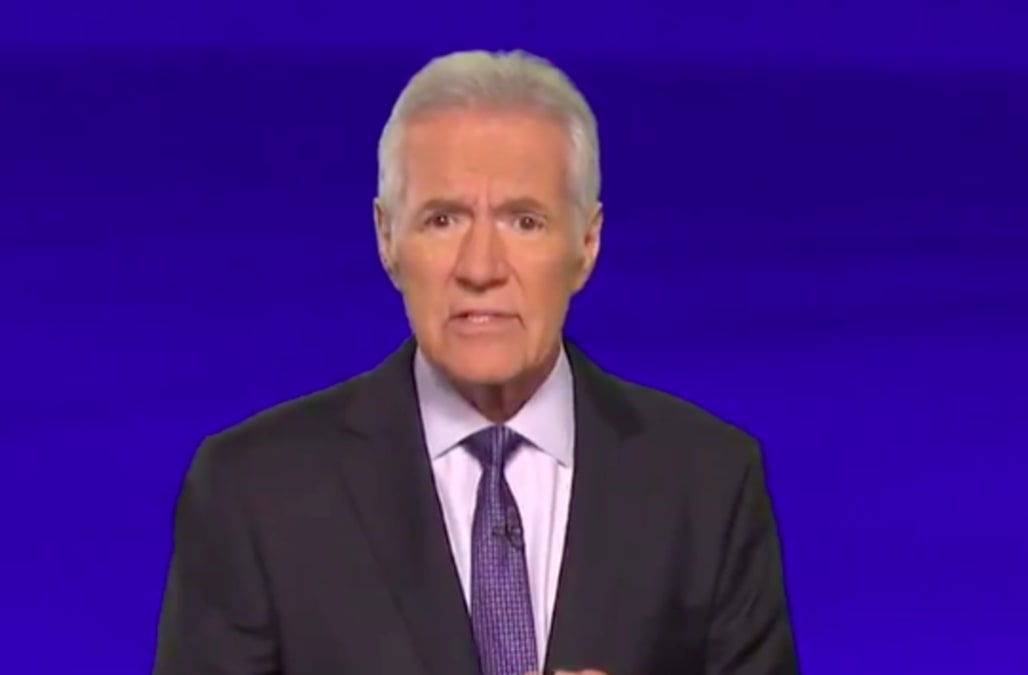 Alex Trebek is taking a moment to show his gratitude for the flood of support he has received since revealing that he has stage 4 pancreatic cancer.

“Hi everyone, I just wanna take a few moments to say thanks to the, believe it or not, hundreds of thousands of people who have sent in tweets, texts, emails, cards and letters wishing me well following my recent health announcement,” he explained in a short video posted on the Jeopardy! Twitter account. “I’ve heard from former contestants. Even Watson, the IBM computer, sent me a get well card.”

“Now, obviously I won’t be able to respond to all of you individually but I did want you to know that I do read everything I receive,” Trebek continued. “And I am thankful for the kind words, the prayers and the advice you have offered and I am extremely touched by the warmth you have expressed in your comments to me. I’m a lucky guy.”

According to People, Tuesday was the 78-year-old game show host’s first day back since announcing his cancer diagnosis last week, when he broke the news in another clip.

“Hi everyone, I have some news to share with all of you,” he explained. “And it’s in keeping with my longtime policy of being open and transparent with our Jeopardy! fanbase. I also wanted to prevent you from reading or hearing some overblown or inaccurate reports regarding my health.”

Alex Trebek through the years

TO TELL THE TRUTH

Pictured: John Ratzenberger as Cliff Clavin, Alex Trebek as Himself

Pictured: Alex Trebek as Himself, John Ratzenberger as Cliff Clavin

Canadian American television star Alex Trebek has been the host of the syndicated game show Jeopardy! since 1984.

(Photo by ASTRID RIECKEN For The Washington Post via Getty Images)

Alex Trebek speaks during a rehearsal before a taping of Jeopardy! Power Players Week at DAR Constitution Hall on April 21, 2012 in Washington, DC.

“So, therefore, I wanted to be the one to pass along this information,” he added. “Now, just like 50,000 other people in the United States each year, this week I was diagnosed with stage 4 pancreatic cancer. Now normally the prognosis for this is not very encouraging, but I’m going to fight this and I’m going to keep working.”

He concluded: “And with the love and support of my family and friends, and with the help of your prayers also, I plan to beat the low survival rate statistics for this disease.”

"I sent him a message saying, 'I know you can get through this,' and, 'Don't listen to stage four and all of [that],'" Olivia Newton-John told ET on Monday. "'Don't read the statistics and stay focused and see how you can heal yourself.'"

"That helps. Sense of humor is vital," she added. "He has a great attitude and a great sense of humor about it and I'm sure he'll do very well."

Jeopardy!'s Twitter account has since offered a thank you for all the kind words on Trebek's behalf, writing, "The outpouring of good wishes and support in response to Alex’s recent health news has been humbling and overwhelming. Please know that your messages are being conveyed to him and are deeply appreciated. From everyone at Jeopardy! – thank you."

The outpouring of good wishes and support in response to Alex’s recent health news has been humbling and overwhelming. Please know that your messages are being conveyed to him and are deeply appreciated. From everyone at Jeopardy! – thank you.

'Jeopardy!' Responds to Outpouring of Love For Alex Trebek