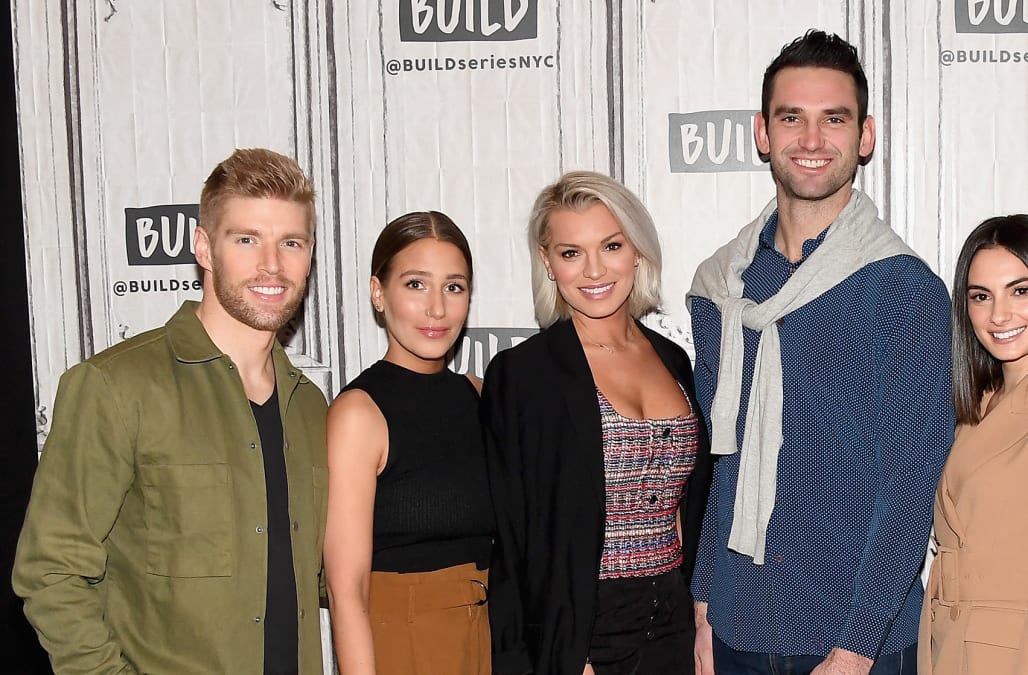 "Summer House" is back -- with a bunch of new housemates!

The hit Bravo show, which centers around a share house in the Hamptons over the course of a summer, returns on Monday, March 4, at 10 p.m. for its third season and, while there are several familiar faces, there are also a handful of new additions to the cast.

"Obviously, some of the cast that's not here, I struggled dating-wise and obviously friendship-wise, but the new kids on the block are honestly really, really fun," Carl explained of the switch-up during the cast's BUILD Series appearance. "They're younger. You know, I'm in my 30s and these girls are in their 20s [and] Jordan just turned 30. So, I think young blood is good. They definitely bring a new perspective of having fun with us and they definitely fit right in."

"We're crazy, but you're a little crazy, too, guys," Carl added.

Kyle echoed Carl's sentiments, sharing that, because the show only films during the summer months, a lot goes on between seasons that isn't caught on camera: Friendships shift and divides deepen -- sometimes to the point of no return.

"We spend a lot of time -- more often than not -- in between summers hanging out, so like any group of friends, things changes," Kyle explained. "It's tough to jump into episode one, which is the first weekend of our summer, and meanwhile so much has happened, so for those that caught the reunion, you know, that's a little insight into where we were at going into the first weekend. The house functions like any house: you're never going to have the same group."

The season 2 reunion -- which Carl called "awful" -- highlighted the divide within last season's group, with Kyle, Carl and Amanda on one side, and the Wirkus', Lindsay and Stephen on the other. For Lindsay, returning to the house without some of her allies proved to be tough, but ultimately worth it.

"I was really torn going into the summer with three new people," she said. "Hannah and I have known each other out and about in the city and I didn't know Paige or Jordan. We had a lot of fun this summer, even in the first weekend. You'll really see that this season."

"Friendships are developing, and there's drama and tears and laughter and parties, but ultimately what happened this season -- and [what] is different than past seasons -- is the drama is a little bit different. It's more about drama of friendship, as opposed to half of the house separated from the other half of the house and fighting about that."