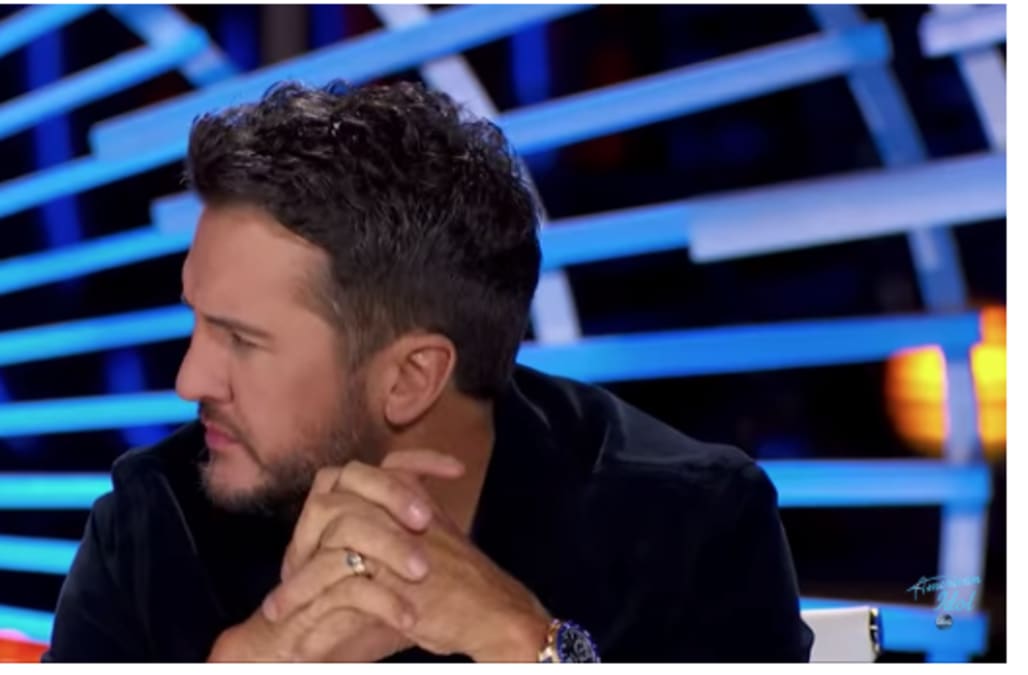 American Idol returned Sunday to offer another “chance to own a piece of the American dream,” complete with Norman Rockwellian portraits of earnest small-town singers standing hopefully in sunlit cornfields (and an effective use of “Private Idaho” by American treasures the B-52’s during the Boise audition scenes). After 17 years, it’s still the feel-good show on network television. But one contestant’s timely and tragic tale turned Sunday’s premiere temporarily dark. Twenty-five-year-old Nebraska singer-songwriter Nick Townsend moved all three judges — even the usually jocular Luke Bryan — to tears with his story of suicide and survival.

Nick heartbreakingly revealed that his beloved older brother took his life in January 2018 while serving in the military. (“It’s actually the first time I’ve talked about this,” Nick told Idol producers Sunday.) Understandably devastated, Nick tried to escape the pain by accepting a job in Japan — but then, while he was overseas, his little brother Matthew also died of suicide. Nick is still racked with guilt, confessing to Idol producers that going to Japan is his life’s biggest regret. “It made me feel selfish, because I left my little brother … all I can think about is he needed me and I left him,” he sobbed. But Nick has soldiered on. “There have definitely been times that I’ve just wanted to give up, but I know my brothers would want me to keep pursuing my dream and be really proud that I’m here.”

Luke stayed stoic during Nick’s plaintive cover of James Bay’s “Let It Go” — which showcased what judge Lionel Richie called a “natural cry” vocal quality. But it was obvious that Luke had connected to this story, which had some parallels to his own. “I haven’t brought this up on this show because I haven’t had to, but I’ve lost both my siblings,” he told Nick. When Luke was 19, his older brother Chris died in a car accident just days before Luke had planned to Nashville to pursue his own musical dreams, and Luke put his career on hold — something Nick had seriously considered — for years as a result. “I just applaud you for keeping a positive attitude and continuing to fight, and for trying to be a light for your parents too,” Luke told Nick.

When Nick received his golden ticket and his sister and parents rushed into the audition room to congratulate him, that’s when Luke really seemed on the verge of tears. After a year of grieving, the Townsends finally had reason to celebrate. “It’s all right to cry good tears,” Luke told them, joining in the group hug. Once the Townsends left, Luke became contemplative, sitting by himself at the far end of the judging table, his eyes misting over, as the screen faded to a display of the National Suicide Prevention Lifeline, 1-800-273-8255. It was an intense, but classic, American Idol moment.

#NickTownsend, I know your brothers are very proud of you. Way to keep following your dreams. @AmericanIdol#AmericanIdol#TheNextIdol