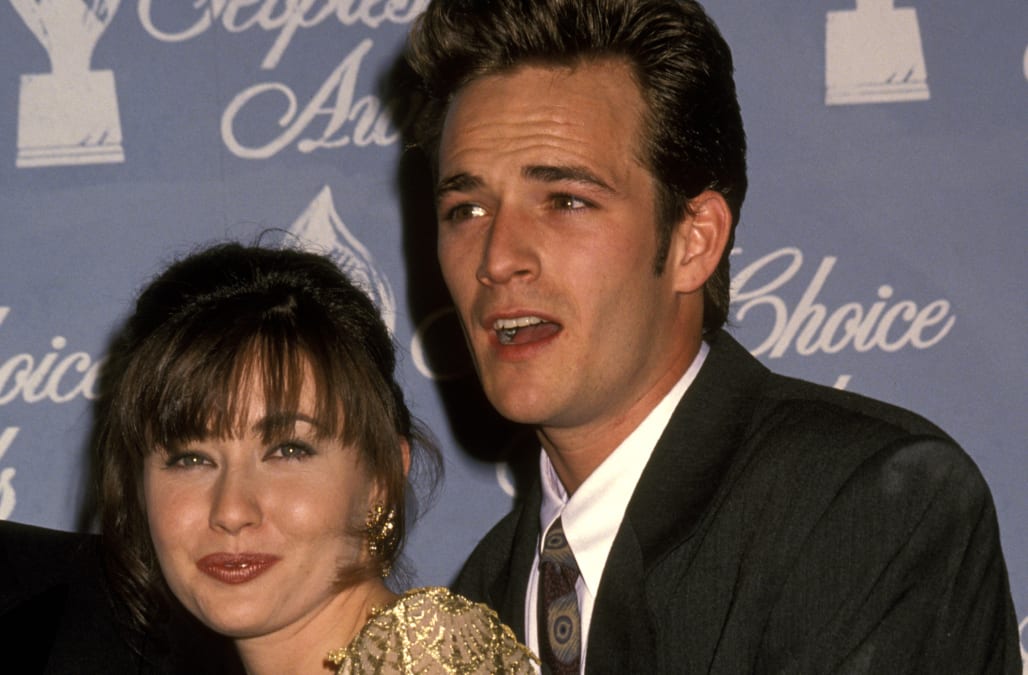 Shannen Doherty is sharing her love for Luke Perry following his hospitalization.

ET spoke with the former Beverly Hills, 90210 star at The Animal Hope and Wellness Foundation's Compassion Project Gala in Los Angeles on Sunday, and she got emotional while addressing her former co-star's frightening medical scare.

"I can't talk about it here cause I will literally start crying but I love him and he knows I love him," said Doherty. "It's Luke, and he's my Dylan."

Perry -- who currently stars on The CW's Riverdale -- famously played bad boy Dylan McKay on Beverly Hills, 90210. Doherty played Perry's love interest on the show, Brenda Walsh, before she left the series in 1994.

Doherty -- who received a lot of love from Perry during her own long and difficult battle with breast cancer over the last few years -- went on to say that she has been "in contact" with Perry, and says that his friends, family and fans should "just keep [sending] positive wonderful thoughts."

The 52-year-old actor was hospitalized on Wednesday after reportedly suffering a stroke. Perry was transported to a nearby hospital after police responded to a call at his home in Sherman Oaks, California.

"We received a 911 call at 9:39 a.m. yesterday," a spokesperson for the Los Angeles City Fire Department told ET on Thursday. "The firefighters and paramedics from our department responded and one ambulance transported to an area hospital."

A rep for Perry tells ET that the actor is under observation at the hospital.

Since news of his hospitalization first broke, many of Perry's past and present co-stars took to social media to share their prayers and well-wishes for the celebrated star. For more on the actor's hospitalization, watch the video below.