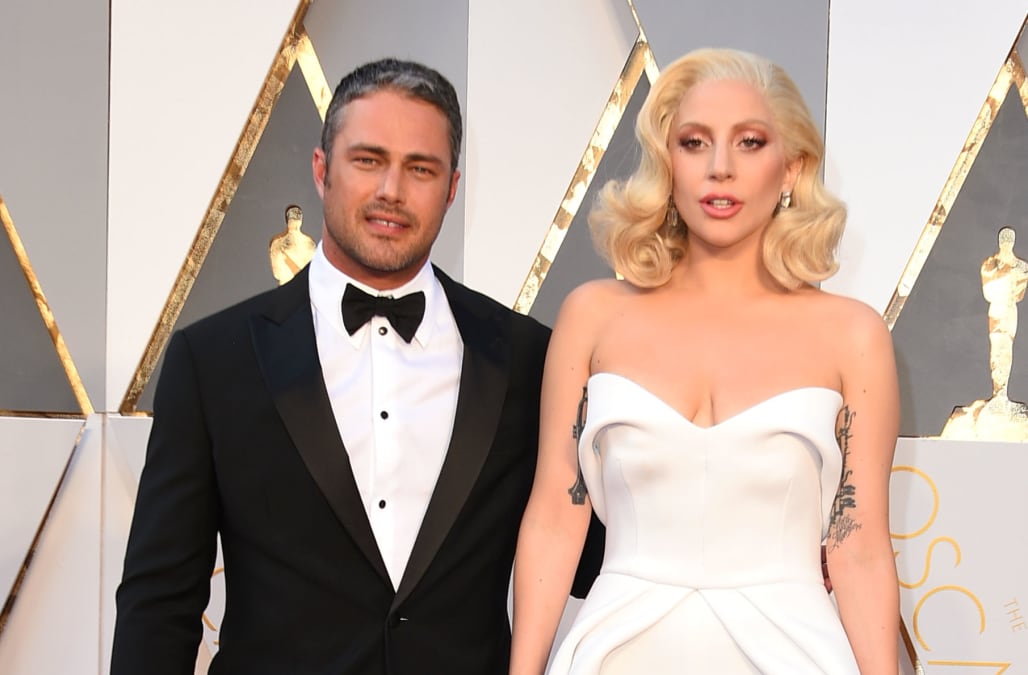 As a lieutenant on Chicago Fire, Taylor Kinney often finds himself in the center of extreme blazes. But now, he is feeling the heat for a shady move regarding his ex-fiancée Lady Gaga.

Kinney, 37, shared a photo on Instagram with retired NHL player Bryan Bickell on Sunday, February 24, the same day that Gaga, 32, won her first Oscar for her role in A Star Is Born. In the comments section, several fans begged the actor to get back together with the “Bad Romance” singer in the wake of her recent split from fiancé Christian Carino.

One Instagram user, however, felt that Kinney dodged a bullet when he and Gaga called off their engagement in 2016. “Stoked you got away from Gaga. #Hollyweird,” the troll wrote. Though the Vampire Diaries alum did not type out a response to the comment, some eagle-eyed fans noticed that he “liked” it.

“Man Taylor how are you gonna like this rude s–t? Lost all respect smh,” one follower responded in the comments. Another fan pointed out that Kinney may have “liked by mistake.” 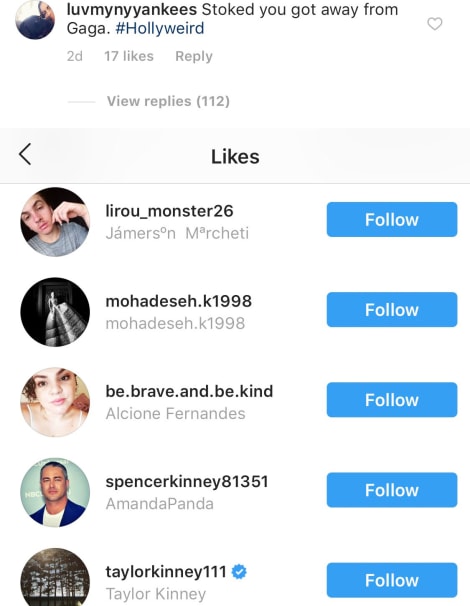 The former couple met in July 2011 on the set of the pop star’s “Yoü and I” music video, in which Kinney played her love interest. They started dating soon after, got engaged on Valentine’s Day 2015 (with a heart-shaped diamond ring!) and ultimately called it quits in July 2016.

“Taylor and I have always believed we are soulmates,” Gaga wrote on Instagram at the time. “Just like all couples we have ups and downs, and we have been taking a break. We are both ambitious artists, hoping to work through long-distance and complicated schedules to continue the simple love we have always shared. Please root us on. We’re just like everybody else and we really love each other.”

PHOTOS: Taylor Kinney and Lady Gaga before their split

Instagram “like” aside, the Zero Dark Thirty star and the Grammy winner have remained amicable since going their separate ways. They have praised each other in multiple interviews and he even attended the Chicago date of her Joanne world tour in August 2017. More recently, Kinney told Us Weekly exclusively that he “couldn’t be more proud” of A Star Is Born’s success.

“Gaga and Taylor Kinney are still very close, but they are only friends,” an insider told Us in 2017. “Gaga and Taylor talk or text every single day and meet up when they’re in the same city, but nothing romantic is happening between them.”