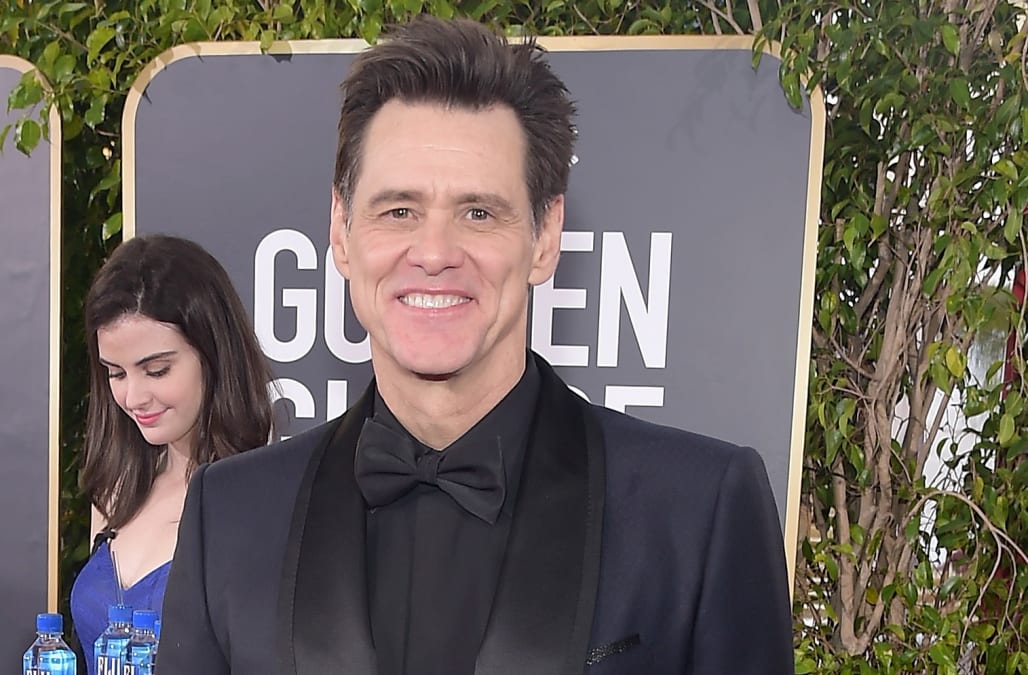 Jim Carrey waded into the debate over an encounter between students from Kentucky’s Covington Catholic High School and Native American elder Nathan Phillips in Washington, D.C., unveiling an artwork addressing the contentious encounter via his Twitter account on Tuesday.

In Carrey’s depiction of the moment, Phillips stood face-to-face with a number of students, most of them wearing red caps and one of them wearing an apparent smirk on his face. One key difference between video of the encounter that circulated over the weekend and Carrey’s rendition of the situation: Rather than the hats reading “Make America Great Again,” one cap appeared to alter the Trump slogan, at least partially, to “Hate Again.”

Passions ran high on social media Saturday after video emerged of several students from Covington, many of whom were wearing “Make America Great Again” hats, surrounding a Native American elder who was in Washington, D.C., for the Indigenous Peoples’ March. Many viewers believed the teens were attempting to taunt the elder, Nathan Phillips.

On Sunday, additional video showed that Phillips had walked up to the teenagers. He said he was trying to defuse a confrontation between them and another group. One of the teens, Nick Sandmann, issued a statement saying he had not sought the confrontation and bore no ill will to Phillips.

Naturally, the conversation regarding the moment carried over into the comments section of Carrey’s post.

Also Read:Judge Jeanine Is Blue in the Face in Jim Carrey's Latest Artwork

“Let’s be honest… this kid stood and smiled as someone came up to him and put a drum in his face,” read one comment on the artwork. “No one cared because of the hat. No one could see past that hat.”

“Did his feet fall off because let’s be honest, he could have walked away,” another commenter chimed in.

And yet another reply offered, “the native guy could also have walked away.”

More from The Wrap:
Alyssa Milano: In Trump’s America it’s not enough to not be a racist – we must be anti-racism (Commentary)
Les Moonves to pursue arbitration for $120 million severance denied by CBS
Before Christian Bale played Dick Cheney in ‘Vice,’ he almost played George W. Bush in ‘W’