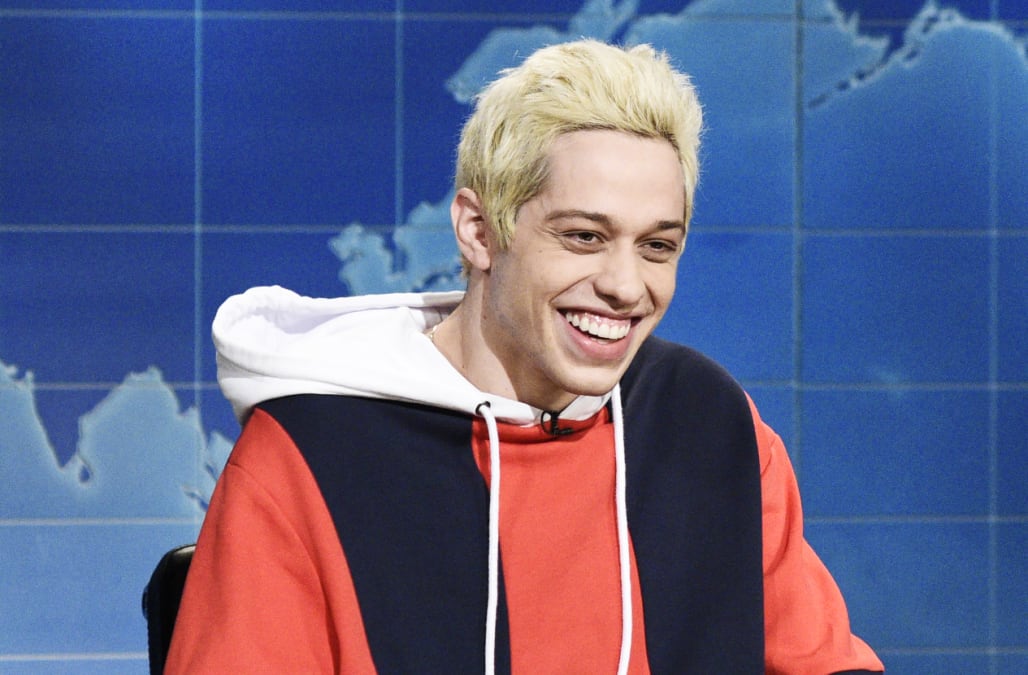 Pete Davidson once again sat down for a "Weekend Update" segment on Saturday Night Live over the weekend, and the acerbic comic brought out fellow comedian (and former SNL writer) John Mulaney to talk about the new Clint Eastwood movie The Mule.

Before they pair could get to their analysis of the drug-running drama, however, Davidson once again plumbed the depths of his personal life for an off-colored joked about his high-profile suicide scare last month.

"I've been spending time with Pete to try to show him that you can have a life in comedy that is not insane," Mulaney shared, explaining their recent developing friendship. "A sober, domestic life."

"Yeah, and after observing John's life, I publicly threatened suicide," Davidson said, before bursting out laughing. "I'm sorry, I know I shouldn't make that joke."

Pete brought a friend to the Update desk. #SNLpic.twitter.com/YBODfZgmZ7

Getting back on track, Davidson and Mulaney began breaking down the insane plot line of The Mule -- mostly focusing on how it stars a 90-year-old Eastwood playing a drug smuggler for a Mexican cartel -- and mentions how the character even has two menage a trois scenes in the movie.

"Clint Eastwood has two threesomes in this movie. Two!" Davidson yelled excitedly. "I don't think you guys understand! I've had one, and I guess you've probably had none?"

"You are correct, sir," Mulaney confirmed. "But, according to The Mule, I have a solid 54 years before that window closes."

This week's episode of Saturday Night Live is the show's first since December 15, which saw Matt Damon as host and Miley Cyrus as musical guest.

Davidson, however, was noticeably absent from most of the episode -- except for a moment when he introduced Cyrus' second performance of the night -- following a troubling Instagram post the comic shared earlier in the day.

Related: Pete Davidson from 'SNL' out and about:

Hours before the show, Davidson deleted his Instagram account after sharing a cryptic and concerning message that caused many to worry that he planned to harm himself, writing, "I really don't want to be on this earth anymore. I'm doing my best to stay here for you but i actually don't know how much longer i can last."

Davidson has since been candid about his high-profile emotional drama and mental health battle in interviews and even during some stand-up sets performed over SNL's holiday hiatus. Check out the video below to hear more.