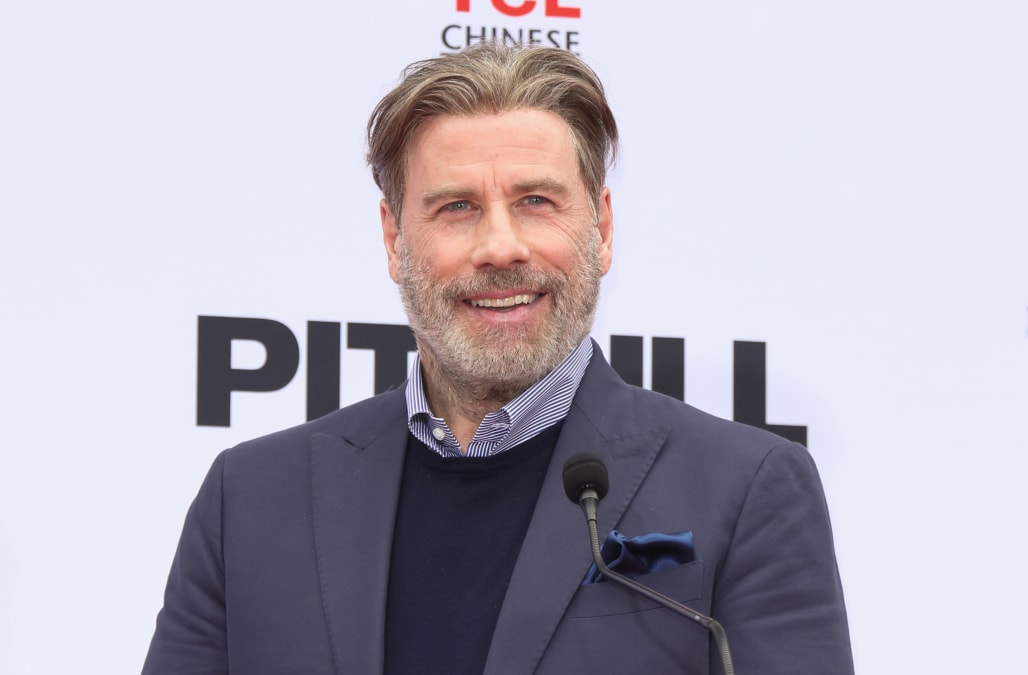 A mane of hair is a John Travolta essential.

From Grease and Look Who’s Talking to Pulp Fiction and even Gotti, Travolta’s tresses are a key part of his look. This is a guy who reportedly improvised that line about watching the hair in 1977’s Saturday Night Fever. But perhaps that’s going to change in 2019.

The two-time Oscar nominee on Sunday shared a photo of himself with Ella, his teenage daughter with his wife, Kelly Preston, presumably toasting in the new year. While Ella looks lovely, the real scene-stealer is what’s not on her dad’s head. Travolta is bald, although he is sporting a healthy fuzz of facial hair.

I hope everyone had a great New Year!

In movie terms, his look was a hit, even a full-blown blockbuster.

“John, hair is so overrated, love the picture. Very Handsome.”

“Your BEST look yet! no more toupees! rock what y’momma gave you!!”

“This proves it a man is like a fine bottle of wine … it just gets better with time.”

“Kudos to you for owning it and setting a great example for fellow men that are follically challenged.”

“You look younger with no hair!”

“Bald is sooo much better!”

It might finally be time for Danny Zuko to toss out his precious comb.

See more photos of John Travolta through the years: