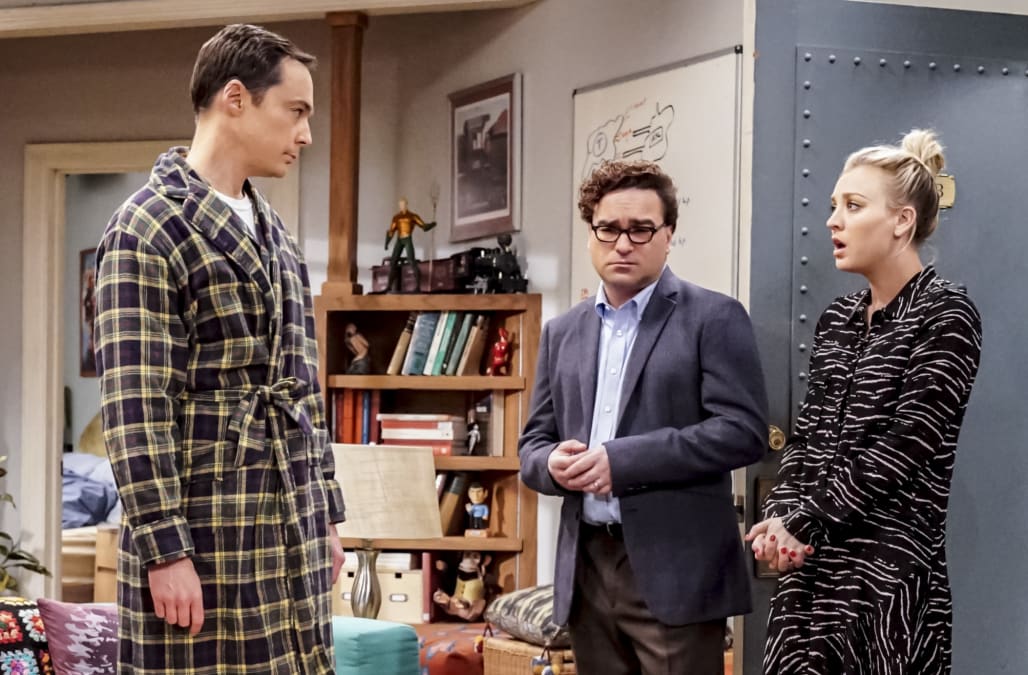 It all started with a big bang, but how will it all end?

After 12 seasons, The Big Bang Theory is coming to a close and the show’s top stars all have just one wish for the finale.

Kaley Cuoco, who plays his friend and neighbor, Penny, agrees, adding, "I would love for them to fix the elevator. That would be a great show ending for me.”

Cuoco's onscreen husband, Johnny Galecki, who plays Leonard Hofstadter, took it a step further, noting that the fixed elevator could end up being a gag for the group.

"One of my wishes for the final episode is that the elevator is fixed” he says. "At least for a minute and then maybe we get stuck in it, all of us on the way down.”

In a previous episode, the group showed what happened to the elevator in a flashback scene when Leonard accidentally mixed the wrong measurements to create an explosion, which he set off inside the elevator. In the years since, it has never been fixed, forcing the pals to climb up three flights of stairs to what was formerly Leonard and Sheldon’s apartment.

On a more serious note, Galecki adds that it’s going to be a tough episode to film, and he literally is brought to tears in the interview.

“None of us are going to be able to keep from crying during the last taping,” he says. “We’ve got to justify it in the writing somehow, sensitive group.”