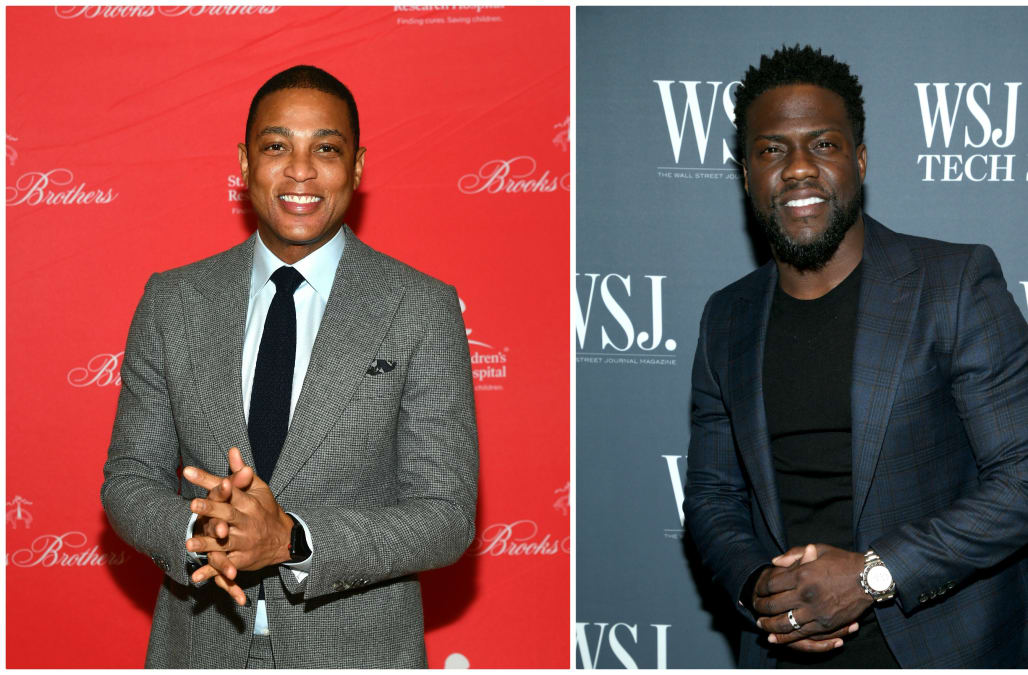 In a gripping segment on his CNN news show Friday night, anchor Don Lemon opened up as a member of both the African-American and LGBT communities and called for a deeper response from comedian Kevin Hart in renewed controversy over his defunct Oscar hosting gig.

Lemon addressed the spectacle of Hart’s Thursday appearance on Ellen DeGeneres’ talk show, which has widely been criticized in press and on social media for Hart’s perceived victimhood over backlash to previous homophobic tweets and DeGeneres’ emphatic support of his return to the Oscar job, which many found tone deaf.

“Someone like Kevin Hart, with one of the biggest megaphones in the entire world, he can be a leader … he can help change homophobia in the black community, something Kevin’s old twitter jokes addressed but in the wrong way,” Lemon said.

"Apologizing and moving on does not make the world a better place for people who are gay or people who are transgender, being an ally does," says CNN's @DonLemon, reacting to the Oscars' openness to Kevin Hart's return https://t.co/ITGU3Uj2ezpic.twitter.com/4u48sfBF0U

He then referenced an old tweet from Hart about theoretically disciplining his son for playing with a dollhouse.

“That was a joke to Kevin. The truth is, that is a reality for many little boys in the United States … somewhere a black dad is beating his black son,” Lemon said, referencing the real-life tale of his friend and Hollywood creator Lee Daniels. In his series “Empire,” Daniels scripted a real-life moment when his own father threw him into a garbage can as a little boy for wearing a pair of high heels.

Celebs react to Kevin Hart Oscar hosting drama
Homophobia is not positivity.
Instagram comment from Nick Cannon to Kevin Hart
Dear cunts in charge of The Oscars, let me host your show, and I promise I won't offend anyone. Not even Mel Gibson… https://t.co/W3N21hrCWz
Melissa McCarthy should so obviously be the Oscars host that I'm irritated having to even say it.
Ok. @TheAcademy- here you go- ME OR @IssaRae OR @SarahKSilverman OR @aliwong OR @iamsambee OR @robinthede OR… https://t.co/7GUIQ6MTGo
I’m no saint. We just wanted a little understanding, a little explanation. Apologies are tough - they leave you vul… https://t.co/FLOEGXk87s
Up Next

“I don’t see any meaningful outreach to the LGBT community. Nothing that you have spoken on,” Lemon continued, addressing Hart directly. Later in the show, GLAAD president Sarah Kate Ellis appeared and said that repeated invitations to Hart’s representatives were ignored, but the group remains open to working with him.

“For many in the gay community, especially in the black community, the Twitter apologies on ‘Ellen’ have fallen flat,” Lemon continued, noting reactions calling the talk show moment “insincere” and that Hart “somehow turns himself into a victim instead of acknowledging the real victims of violent and sometimes deadly homophobia.”