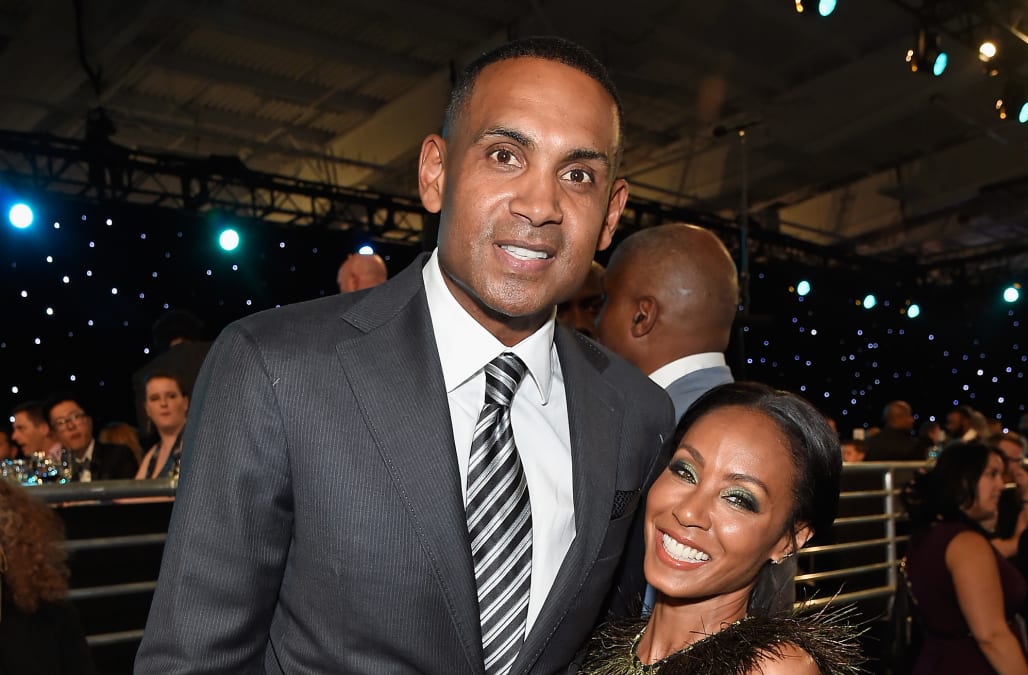 Jada Pinkett Smith is recalling a past relationship.

During the latest episode of her Facebook Watch series, Red Table Talk, the 47-year-old actress revealed the first boyfriend that she brought home for the holidays.

"Grant Hill," she said, referencing the former NBA player whom she dated from 1993 to 1995. "He was the first boyfriend I brought home for the holidays."

The duo dated while Hill, 46, was playing for the Detroit Pistons and Pinkett Smith was finishing up her run on A Different World.

Following their split, both Pinkett Smith and Hill wed their current spouses -- Will Smith and Tamia, respectively -- and went on to have families. Pinkett Smith has Willow, 18, and Jaden, 20, while Hill has Myla, 17, and Lael, 12.

All seems to friendly with the exes, who posed for a cute photo together at the 2017 NBA Awards.

Pinkett Smith has spoken about her past relationships on Red Table Talk before, even revealing that her mother, Adrienne Banfield-Jones, didn't like John, her white boyfriend.

"It's really difficult for me because we have white people in our family," Banfield-Jones explained. "I repeated what [my] Mommy told me, was that you have to learn to get along with white people, but don't ever bring them home."

"I didn't even give myself an opportunity to like John," she added. "Just like I said, we have people in our family [who are white] and I've given those people a hard time... I feel bad about that."

More from ET Online:
Julie Bowen calls Sarah Hyland a 'little tough cookie' amid health struggles (Exclusive)
Kim Kardashian reveals the Kardashian-Jenner sisters are shutting down their apps in 2019
SAG Awards will not have a red carpet but rather something much more eye-catching