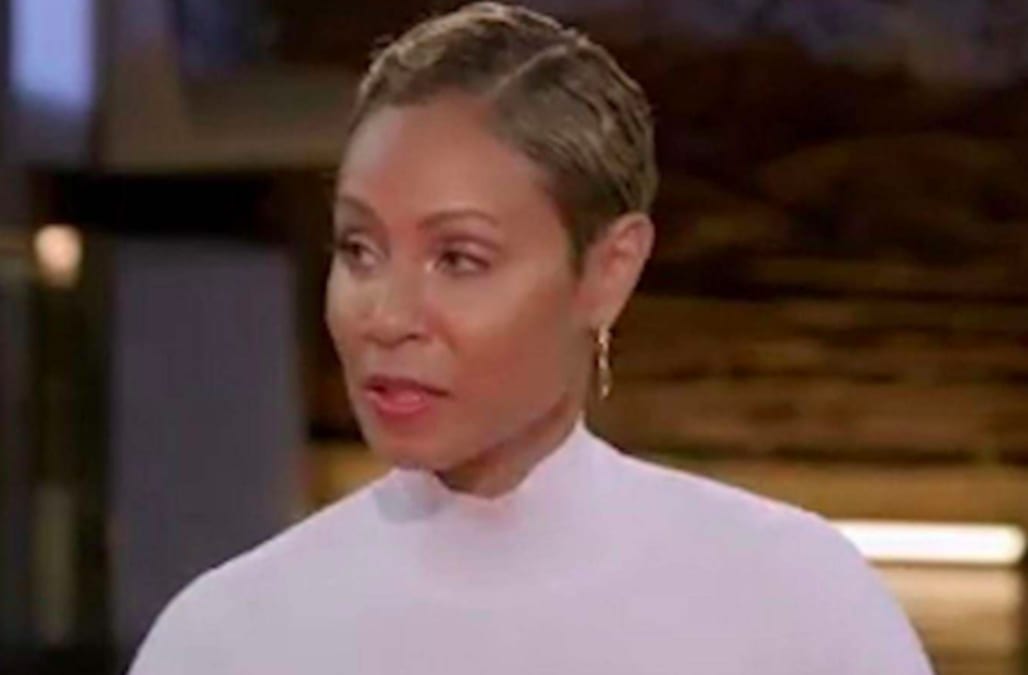 Jada Pinkett Smith has revealed that her mom, Adrienne Banfield-Jones, once questioned her marriage to Will Smith.

The 47-year-old actress has been getting candid about the ups and downs of her relationship since launching her Facebook Watch series, Red Table Talk, and the latest installment covered the subject of divorce, which Adrienne raised after the couple started calling themselves “life partners” instead of “husband” and “wife.”

During the candid discussion, Jada also said that she doesn’t feel mature enough to undergo a divorce, but later added that she believes staying together requires an even greater level of maturity.

“For me, personally, I'm not mature enough to have a divorce,” she explained. “I'm just not. I don't think I would ever be mature enough. When you have to start going in, breaking up assets... that's when the red table turns upside down, and it won't be red no more!”


“I actually have more maturity to figure it out within, and work with what I got,” she added. “I've seen people try to have the most friendly divorces and at some point, it’s still painful.

The Magic Mike XXL star admitted that staying together doesn’t come without its hurdles, especially while juggling family life with their two children, Jaden and Willow, who are also pursuing careers in showbiz. Learning how to navigate their often-hectic family dynamics has helped the couple remain a solid unit.

“I won't say that it's easy, but one of the things that Will and I take a lot of pride in is being able to balance it by really understanding our family and one another as artists,” Jada said. “So many of us are doing so many things. Willow's over here doing that. Trey, Jaden, Will [are off doing other things.] Sometimes we're in all different parts of the world. But we love doing what we love to do and we flow so much light and power to one another to do it. That's the thing that keeps us connected.”

“Partnering is a lot more than romance,” she added. “It has a lot to do with survival, resources and just having somebody or somebodies by you that can help you figure it out.”

During the session, Jada and Adrienne were joined by songstress Toni Braxton, who opened up about her difficult divorce from New Edition singer, Keri Lewis, in 2013. Braxton is now engaged to rapper, Birdman, and indicated she has come to peace with how her relationship with Lewis ended.

“Surrendering doesn't always mean defeat,” Braxton said. “We have our children together. It was a successful marriage. The relationship lasted 12 years and that's what it was supposed to be. It doesn't have to be infinity -- he's in my life for infinity, forever. But that stage of the relationship doesn't define who I will be in the future.”

NEWS: Jada Pinkett Smith Breaks Down in Tears Over Her Parents' Abusive Relationship