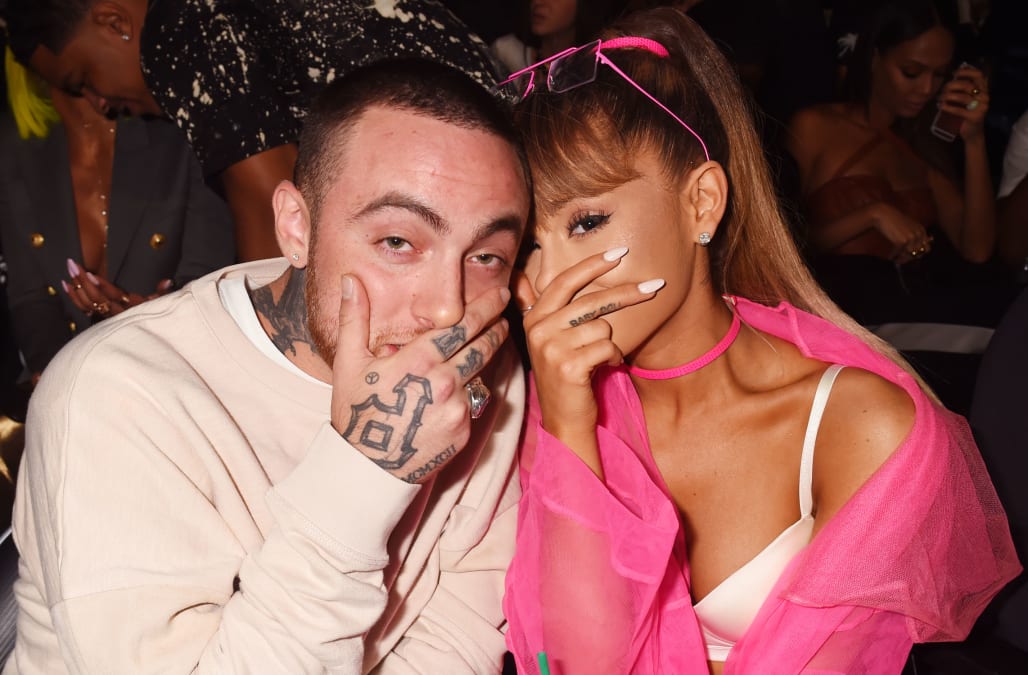 Taking a time out. Ariana Grande announced that she is putting her Twitter account on pause after a fan accused her of exploiting her ex-boyfriend Mac Miller’s death.

The dig came from a fan who posted a story on Twitter on Friday, November 23, which referenced Grande’s Thanksgiving tribute to the late “Small Worlds” rapper. “She milkin this s–t, bruh,” the commenter wrote.

The “God Is a Woman” singer, 25, responded to the tweet on Sunday, November 25, writing, “I pray you never have to deal with anything like this ever and i’m sending you peace and love.”

i pray you never have to deal with anything like this ever and i’m sending you peace and love.

Shortly after, the pop star sounded off on Twitter about negative comments on her feed. “Some of the s–t i read on here makes me sick to my stomach,” she ranted. “It scares me the way some people think and i don’t like this world a lot of the time. if only we could be more compassionate and gentle with one another. that’d be sick … like f–k.”

Grande, who split from Miller in May after dating for nearly two years, has posted about her ex several times since his death from an accidental drug overdose in September.

One week after his passing, she shared a heartbreaking post about her love for him on Instagram. “I adored you from the day i met you when i was nineteen and i always will. i can’t believe you aren’t here anymore. i really can’t wrap my head around it,” she wrote at the time. “We talked about this. so many times. i’m so mad, i’m so sad i don’t know what to do. you were my dearest friend. for so long. above anything else. i’m so sorry i couldn’t fix or take your pain away. i really wanted to. the kindest, sweetest soul with demons he never deserved. i hope you’re okay now. rest.”

In October, she shared a sweet video of her former flame hanging out with her family, and in November, she responded to a fan who shared a clip of Miller listening to R.E.M. with her on Twitter. “His voice and laugh. He is supposed to be here,” she replied. “Thank u for finding this.”

She defended her mourning process on Twitter on Sunday. “Everything i feel is valid and safe. everything i do is genuine and honest. there is no right or wrong during this period.”

The Grammy nominee’s fans and friends — including Halsey — were quick to defend her. “ari the world could only dream of being as compassionate and gentle as you. and since ur being, as always, so classy and nice, allow me the honor of telling them to shut the f–k up,” the “Without Me” crooner, 24, tweeted on Sunday.

Ultimately, however, Grande decided to take a break from the social media platform. “Imma go tho for a min,” she wrote to her 59 million followers. “It’s too gnarly on here. i’ll be back tho. love u bye.”

fuck. y’all really make me wanna stay. imma go tho for a min. it’s too gnarly on here. i’ll be back tho. love u bye.

Us Weekly confirmed that Miller died at the age of 26 on September 7. His death was caused by an accidental mixed drug toxicity, according to the autopsy performed by the Los Angeles coroner. The musician had fentanyl, cocaine and alcohol in his system at the time of his death.

A source told Us that Miller’s passing created tension in Grande’s relationship with her now ex-fiancéPete Davidson. “It put a tremendous amount of strain on their relationship,” the source said. “Pete loved Ariana and wanted it to work, but they’ve both had such tragic events happen in their lives. And they are young.”

The Disney alum paid tribute to the Saturday Night Live star, 25, as well as Miller in her latest single, “Thank U, Next.”

More from Us Magazine:
Diddy attends ex Kim Porter’s funeral: ‘Her spirit lives on with us forever’
Kim Porter’s cause of death is ‘deferred’ after autopsy
Kim Porter remembered by son Quincy and Diddy’s son Justin