'Fantastic Beasts: The Crimes of Grindelwald': 7 questions we want answered in the third movie 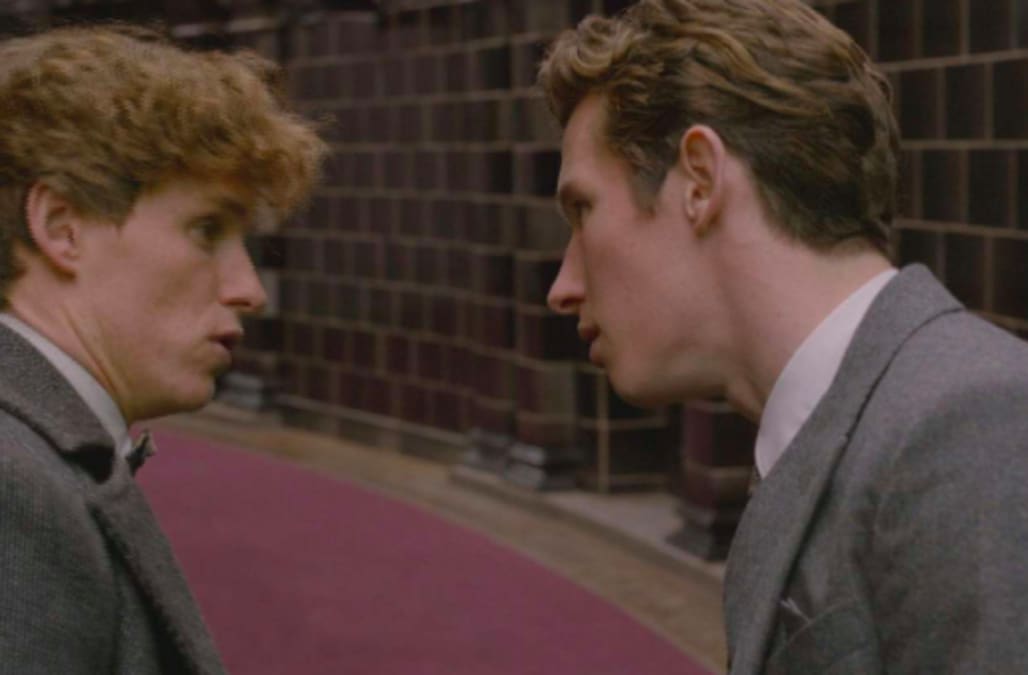 The latest installment in the Fantastic Beasts franchise, The Crimes of Grindelwald, takes Harry Potter fans on another thrilling adventure through the 1920s wizarding world -- trading in New York City for Paris as Newt Scamander (Eddie Redmayne) and his magical menagerie embark on a mission from Albus Dumbledore himself (Jude Law, stepping into the role as a dapper young Hogwarts instructor) to stop a rising dark wizard from conquering the Muggle population.

That wizard is Gellart Grindelwald, played this time around by a controversially-castJohnny Depp, who sports one ice-blue contact and a familiar fascistic take on how the magic-born population should take their rightful place as the rulers of their lesser, non-magical neighbors. Crimes of Grindelwald is all about first moves, from Dumbledore maneuvering Newt across Europe to the dark wizard's final, fiery recruitment ceremony, and while the film answered some questions remaining from the first -- and gave us more background on some of the new characters and plot points in the Potter canon -- as the second film in a planned series of five, it introduced far more loose ends than it tied up, dropping a massive amount of story into its 133-minute run time.

Here are seven of our biggest remaining questions, hopefully to be answered in the as-yet-untitled third film in the Fantastic Beasts series:

1. What is the true story of Credence Barebone’s identity?

Ezra Miller's forlorn orphan spent much of the movie in a single-minded search for the truth of his identity. And while Grindelwald's final reveal -- that Credence is, in fact, Aurelius Dumbledore, brother of Albus -- was meant to be the game-changer that springboards us to the mythology of the next Fantastic Beasts film, the logistical family ties already have Potter fans scratching their heads.

Through some timeline sleuthing, it seems less-than-likely that Albus' father, Percival Dumbledore, could have fathered Aurelius before he was sent to Azkaban and ultimately, his death, in 1890 -- Credence was born around the turn of the century and the film's present day is set in 1927. It's possible that Aurelius is a half-brother of some sort, though it's clear the mysteries of the Dumbledore family are only beginning to unravel.

Another popular theory is that Credence is not actually Dumbledore's brother, but that the Obscurus inside of him is somehow linked to Dumbledore's younger sister, Ariana, who died at 14 after a horrific attack left her traumatized for years. Is it possible her Obscurus somehow lives on -- and that Grindelwald is planning to use it in his vengeance against Dumbledore?

2. Are we ever going to figure out this timeline?

Apart from the question of Credence's parentage, there also seems to be some loosey-goosey math happening with the appearance of Professor McGonagall in the Hogwarts flashbacks, which happen almost a decade before the Minerva McGonagall we know from the Potter series was even born -- yet somehow she's already teaching? Perhaps this is a relative with the same first name, or maybe there are some Time-Turner antics at play, but whatever the case, fans will surely be on the lookout for answers in future installments.

3. What does it mean that Dumbledore now has the blood oath?

Newt's naughty Niffler may have saved the day once again by nicking the charm during Grindelwald's final reckoning, but what role will the precious stone -- which contains one drop each of Grindelwald and Dumbledore's blood -- play in the story moving forward? How will Dumbledore overcome the unbreakable oath and eventually dual and defeat Grindelwald?

Furthermore, will we get more looks at Dumbledore's desires in the Mirror of Erised as his relationship with Grindelwald moves towards its fated end?

This may just be wishful thinking on our part, but we'd only just met the mysterious and troubled witch (played by Zoe Kravitz), who shares a deep connection with both Newt and his brother Theseus -- befriending the former at Hogwarts but engaged to the latter in present day -- when she died, turning against Grindelwald's offer of acceptance before being torn down by the wizard's cerulean inferno.

Leta's death marks a significant loss for the brothers Scamander, surely, but it also pokes a hole in Potter canon that has some fans questioning if she's really gone for good. If Credence is truly a Dumbledore -- and not the last living Lestrange -- and Leta's brother Corvus did in fact die at sea, then her death would seem to mark the end of the family line. However, we know of at least a few more Lestranges who pop up throughout the following years, most notably Rodolphus, whose wife, Bellatrix, became the Death Eater who fought at Lord Voldemort's side -- and was portrayed by Helena Bonham Carter in the Potter movies.

So Leta, or some other member of her family, must live on. At the very least, her memory will almost certainly be called upon in future films to inform Newt's relationship with Theseus, as well as his budding new love, Tina (Katherine Waterston). Here's hoping she's around to see it.

What a bummer, to make one of the first film's most likable characters the one who first falls under Grindelwald's spell -- and to do it solely because she wants to be able to love a Muggle man without scorn from her peers? It's a noble, if loosely drawn, metaphor, but it falls a little flat here without the available screen time to examine Queenie's (Alison Sudol) pain or the draw she feels from the wicked wizard's message. (Her powers of Legilimency, meanwhile, seem to go almost unused in this movie.)

Still, despite her dark turn -- which was hinted at early in the movie with her willingness to use a love potion on Jacob (Dan Fogler) -- some fans still hold out hope that her new position in Grindelwald's inner circle is strategic in some way, a plant for the good guys. Time will tell how powerful the pull of the dark side has become on one of the franchise's brightest beams of light.

6. Will we ever get to learn more about Nagini?

Second to the controversy surrounding Depp's casting this summer, came some backlash after it was revealed that South Korean actress Claudia Kim would be playing Nagini, a Maledictus who eventually becomes Lord Voldemort's companion and eventual Horcrux -- doomed to carry a piece of the evil wizard's soul until her death at the Battle of Hogwarts.

In Crimes of Grindelwald, we meet Nagini's human form -- performing at the same circus as Credence, following his escape from New York City -- but that's about it. We're told that eventually, she'll be unable to escape her serpent form, and we watch her escape the oppressive circus life and join Credence on his quest for true identity, but we're given no time to examine how either of these things really affect her. The film did little to assure fans that there's an interesting story to be told here, a disservice to one of the franchise's few Asian characters, and future films will have some ground to make up in terms of showing how Nagini goes from dissenter-- standing alongside her fellow brave wizards on the bridge to Hogwarts after rejecting and escaping Grindelwald -- to villainous servant at the right hand of the next Dark Lord.

7. Did Grindelwald really say he could have stopped World War II?

It sure seems that way. With a drag on his skull-shaped magical hookah (seriously), Depp's malevolent leader made his case for magical rule by showing the gathered wizards visions of the horrors to come in the Muggle world -- including, as Jacob marvels, "another war?"

We know the Fantastic Beasts series has plans to span through 1945, which means some version of the massive, worldwide conflict will certainly be at least background to the future wizarding plot lines. However, the optics of a rising counter-government leader arguing for systemic suppression by saying he'll using it to stop the Nazis are perhaps not ideal.

A Love Letter to Leta Lestrange, the Unsung Hero of 'Fantastic Beasts'