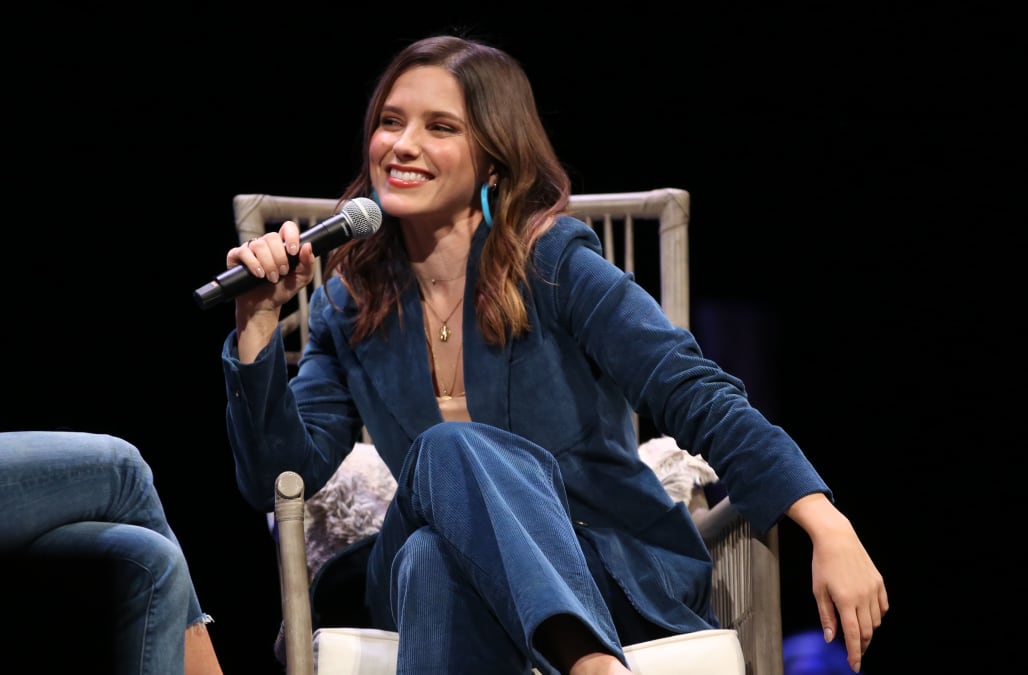 Forget the toys, candles, and scarves! Sophia Bush will make you rethink your holiday shopping this year.

"This year for me, I already warned all my friends and family and everyone that I work with. I said, 'all of you guys are getting donations to the United Way of Ventura.' We're going to support our community after these terrible fires in California. They are working all over the states to make sure that people have the resources they need and you'll get a charitable donation with your name on it and happy holidays!" Sophia told AOL in partnership with PayPal.

The "One Tree Hill" alum and vocal activist has teamed up with PayPal for #GivingTuesday to encourage easy mobile donations to over thousands of different organizations.

"One of the things I love about their initiative is I get so much feedback from people who say, 'okay you're an advocate,  you do all this charity work. where do you start?' I realized that starting can feel really overwhelming to people. And so when you go to PayPal.com/giveback, it has basically aggregated all of these charities for you," Bush explained.  "You can search by cause, you can search by area and find a charity that you know you can trust and you can make your donation through the site and so you know you can trust where your money is going as well. That all feels really good and feels like a great way to help people kick off their giving."

58 PHOTOS
Sophia Bush out and about
See Gallery

Aside from her charitable efforts, which include serving as the global ambassador for  St. Jude Children’s Research Hospital and The Girl Project, Bush is one of the most transparent and vocal celebrities when it comes to the importance of voting.

"I think that having a platform is an incredible privilege. And while I'm never going to tell anyone else how to spend their privilege and what to do with it, I can't imagine not using my platform to champion causes and to champion truth and to champion kindness. That all feels incredibly important, especially in this day and age," she told us.

From recently leaving her hit show "Chicago PD" after four years to developing a show of her own, which is currently in pre-production and set to come out after Christmas, the actress doesn't always have time for a traditional Thanksgiving celebration.

"It depends whether not I'm home because of work. It gets a bit crazy but my friends and I did start an annual tradition where we do our own sort of pre-holiday season kickoff. A little friends dinner party thing, which I love."