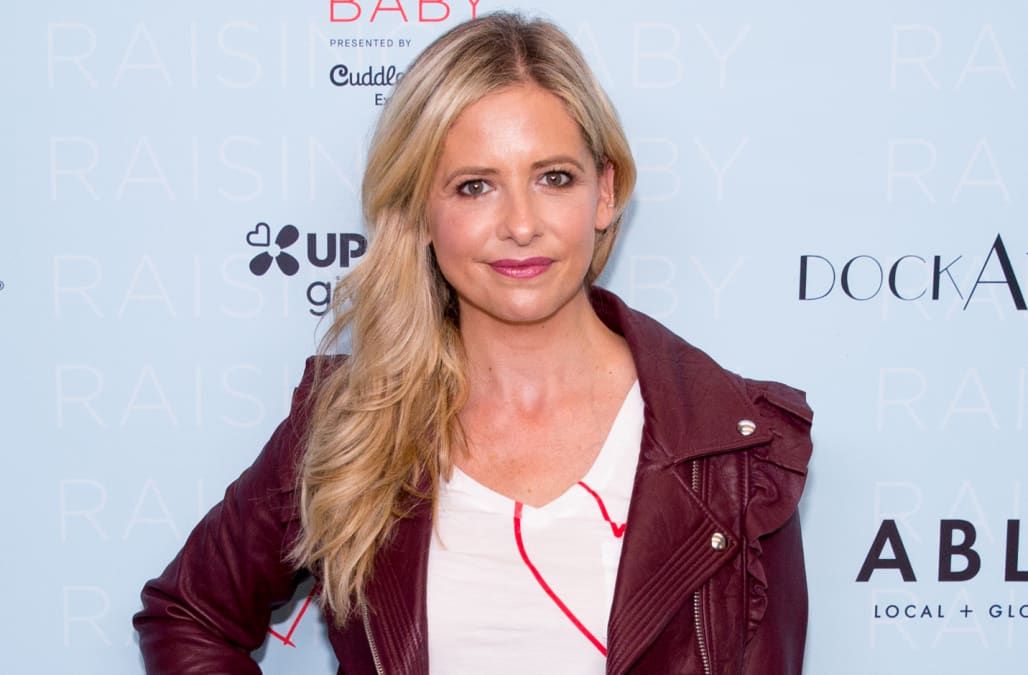 Sarah Michelle Gellar’s casual throwback over the weekend probably didn’t get the reaction she was hoping for.

The Buffy the Vampire Slayer star shared a series of pictures from an old photo shoot in which she wore black lingerie with a men’s white shirt draped over her shoulder, showing a glimpse of her killer abs. Gellar quipped she’s going to put the photos up around her house “as a reminder not to overeat” on Thanksgiving.

So why the uproar in her comments section? Everyone agrees she looks amazing, but many people were not OK with the perceived message behind it.

“Girl, eat whatever you want! Let’s all feel free to indulge without feeling guilty about it,” one person wrote. Another sassed: “Because women don’t have enough reminders to starve themselves and stress about eating…”

“This caption proves once more that diet culture is really everywhere and that so many women have internalized this kind of thinking,” said another commenter. “It’s really a shame.”

“Wow. Really shocked that a woman in a position of influence and a mother would post this s***,” one Instagram user wrote. “Is that where you place your value? On the size of your thighs? Or your protruding hip bones? Nothing positive comes from this post. Only narcissism and the bulls*** theory that women need to be skinny to be acceptable. You should remove this post. Immediate unfollow from me.”

“A little disappointed in this caption,” added someone else. “It’s fatphobic and sad. Enjoy your thanksgiving.”

The 41-year-old actress had some fans leaving messages of support as well. “I saw this and was like damn, I wish I looked like Sarah!” one woman wrote. “I’m also sorry people had to turn your post into a negative one.”

Many of Gellar’s famous friends also posted messages of support. “Is it weird if I pin these pics of you in my house too?” wrote Tiffani Thiessen, while Shannen Doherty simply commented with fire emojis.

Debra Messing wrote, “Are you KIDDING ME!?!”

Gellar, who has two children with husband Freddie Prinze Jr., hasn’t responded to the criticism, but it’s pretty clear she meant no harm by the caption.

• The nearly fatal first date of ‘Dancing With the Stars’ pros Val Chmerkovskiy and Jenna Johnson: ‘She almost ran me over’
• How Fox News’ Dana Perino met her husband by chance on an airplane: ‘He’s cute, and he’s not wearing a wedding ring, and he has a British accent’
• ‘GMA Day’ co-host Sara Haines met her husband on OkCupid — and he had no idea she was famous