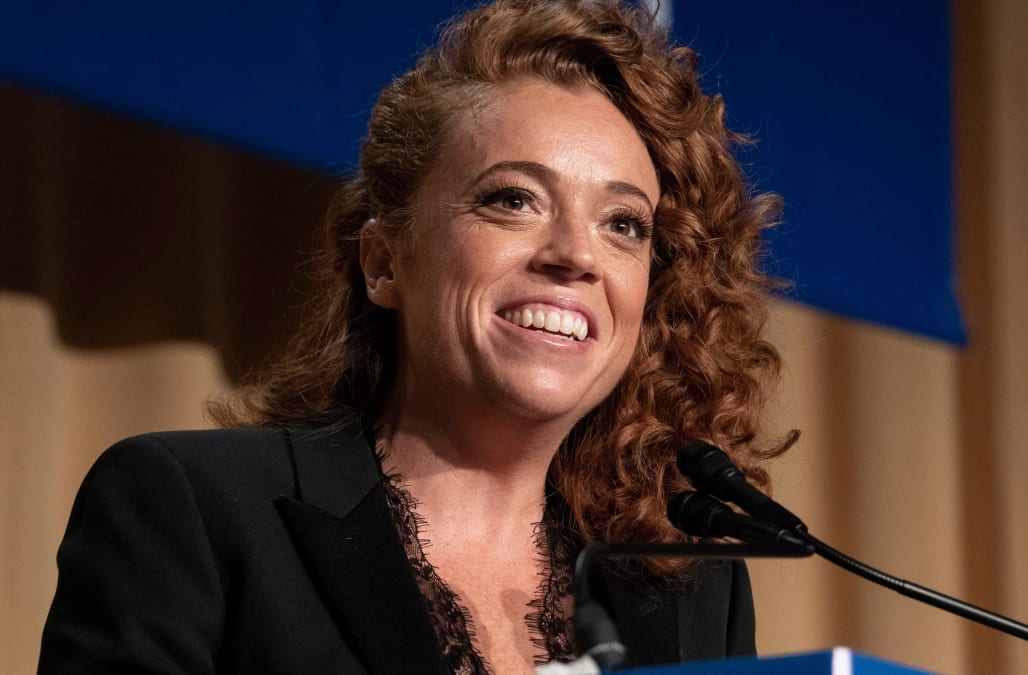 President Donald Trump might have skipped the White House Correspondents’ Dinner last year, when comedian Michelle Wolf was the featured entertainment. And in the wake of her controversial performance, the event’s organizers have made a big change.

In a release posted to Twitter Monday morning, the White House Correspondents’ Association announced author and historian Ron Chernow as the speaker for the annual event set for April 2019. And although the organization’s president Olivier Knox (who, full disclosure, previously worked for Yahoo News) made mention of the expectation that Chernow discuss the “importance of a free and independent news media,” many are arguing that this choice is an example of the exact opposite.

The @whca are cowards. The media is complicit. And I couldn't be prouder. https://t.co/OOIFGuZ731

Already people are praising Wolf’s tweet for speaking “truth to power” at the past dinner, and likely making the administration worried about putting another entertainer on stage.

Did you break the White House Press Dinner, Michelle? I think you did.

Michelle, I loved your speech last year and thought you did exactly what the media was supposed to do for the previous year: Speak truth to power. They failed, and continue to do so. Be very proud!

The act of removing a comedian by the WHCA is akin to cowering to the bullies in the WH. What next? Oh wait…taking away press credentials….

You’ve given up on freedom of speech. Congrats!

way to cave to the lunatic, humorless right.

Others are happy about the change, saying that a historian is the perfect person to present the irony between the current administration and America’s values. Some have even pointed out that Wolf’s comment about the media being “complicit” is just adding to Trump’s attack of the press.

Why do you have to say inflammatory things like "The media is complicit" in a time when the media is already under siege from those in power? The press has held Trump accountable more than other institutions in recent years and we should support them, instead of tearing them down

@realDonaldTrump is a threat to our democracy with his constant attacks of the press & his attempts to undermine their credibility.I think a historian is the perfect person to invite to the dinner to stress the dangerous place we find ourselves in the context of American history.

Still, some people are holding out hope that Chernow can maintain the tradition of satirical entertainment that the dinner has featured for decades.

Here's to hoping @michelleisawolf and @JenKirkman are helping Chernow write his material for the evening….

RELATED: See photos of Michelle Wolf out and about

19 PHOTOS
Michelle Wolf out and about
See Gallery