Demi Lovato reassesses inner circle after near-fatal overdose: 'True friends don't do interviews about you when you OD' 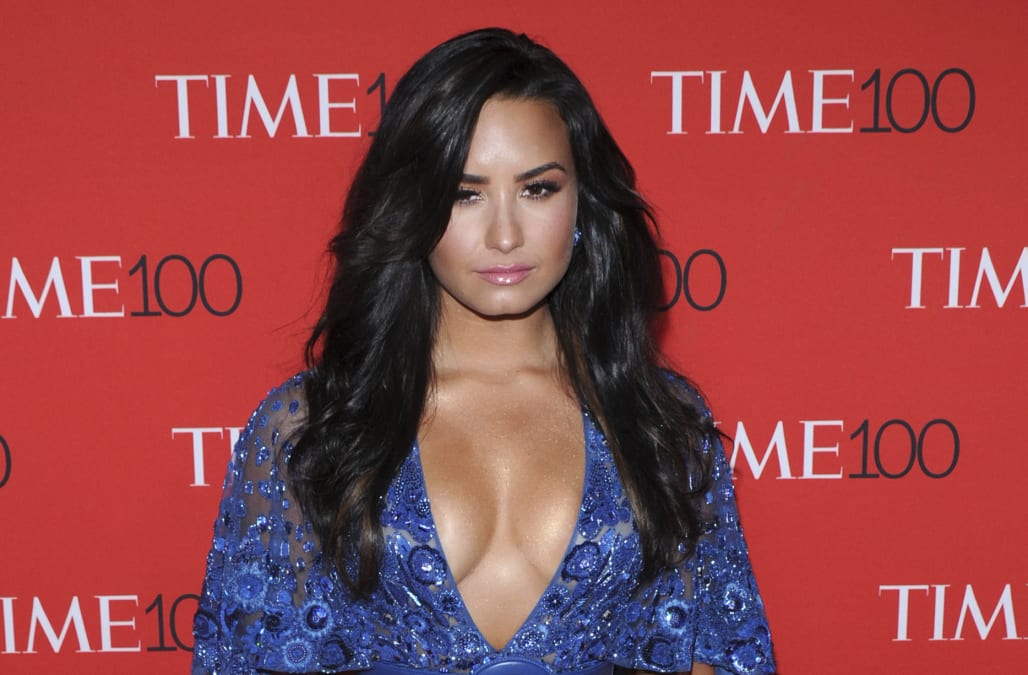 Demi Lovato’s near-fatal overdose has led to her reassessing who her real friends are.

Two weeks after she left rehab and returned to L.A., where she is splitting her time between her mom Dianna De La Garza’s home and a sober living facility, some Instagram comments she’s posted suggest she’s still sorting out her inner circle in a post-overdose world. That includes the “Sober” singer figuring out who her real friends are.

Over the weekend, a Lovatic posted about the singer’s team being “rotten” and claimed they “only care about her money.” The fan’s comments were related to Lovato axing her longtime trainer Danielle Martin, whom the fan said “really cares about Demi’s health” while claiming others she was friends with — singling Lovato’s dancers — didn’t have Lovato’s best interests at heart.

That prompted more than one response from Lovato, who wrote to the fan, “You have no idea what you’re talking about,” was the first. Lovato followed that with, “True friends don’t do interviews about you when you OD.” When fans speculated she was speaking negatively about former backup dancer Dani Vitale, the star quickly responded, writing, “I’m not talking about Dani Vitale,” making it clear she was referring to Martin.

Martin had just given an interview to tabloid Radar online saying she was deeply “hurt” by being fired (by text!) by Lovato, who overdosed in July from oxy-laced fentanyl. “I lost my job for speaking up for her, to be honest,” Martin said. “Pretty sad. I did nothing but empower her. Nothing bad to say. The people around her I’m sure were happy to run to her. They told her I was taking the situation and making it all about me. I’d never do that. Not ever. I was standing up for her. That’s all.”

Demi Lovato's close friend and personal trainer is deeply "hurt" after having been kicked out of the star's life following her overdose. https://t.co/dgMLPmiSlt

But Martin, who specializes in martial arts, had also spoken about Lovato right after the overdose in an interview with Inside Edition, saying, “She obviously admitted that she was relapsing. She had missed some sessions with me and it was upsetting and I knew why.” And those comments clearly stung Lovato.

For the record, Vitale also spoke out about Lovato’s overdose, denying rumors that she provided the superstar with drugs. “I have NEVER touched nor even SEEN a drug in my entire life,” the dancer wrote on Instagram in August. “I DO NOT DO DRUGS, nor would I ever encourage, or supply them to anyone I love.”

Last month, Lovato’s mom said in an interview that Lovato was 90 days sober, and a few weeks later the singer left rehab. But her loyal fans have been worried about Lovato — questioning if she should be back in Los Angeles, where she overdosed, as well as the company she’s been keeping, including controversial designer Henry Levy.

But all aspects of Lovato’s life are being scrutinized, it seems. After being photographed out in L.A., haters have also criticized her weight, suggesting that she gained some in rehab — as if her waistline was more important than her sobriety.

More from Yahoo Celebrity:
Billy Idol officially becomes a U.S. citizen: 'And he did it the proper way'
87-year-old 'Sopranos' actress living in apartment without heat amid 30 degree temperatures: 'I don't have anybody'
Brian Austin Green's ex Vanessa Marcil claims he hasn't seen their 16-year-old son in 5 years