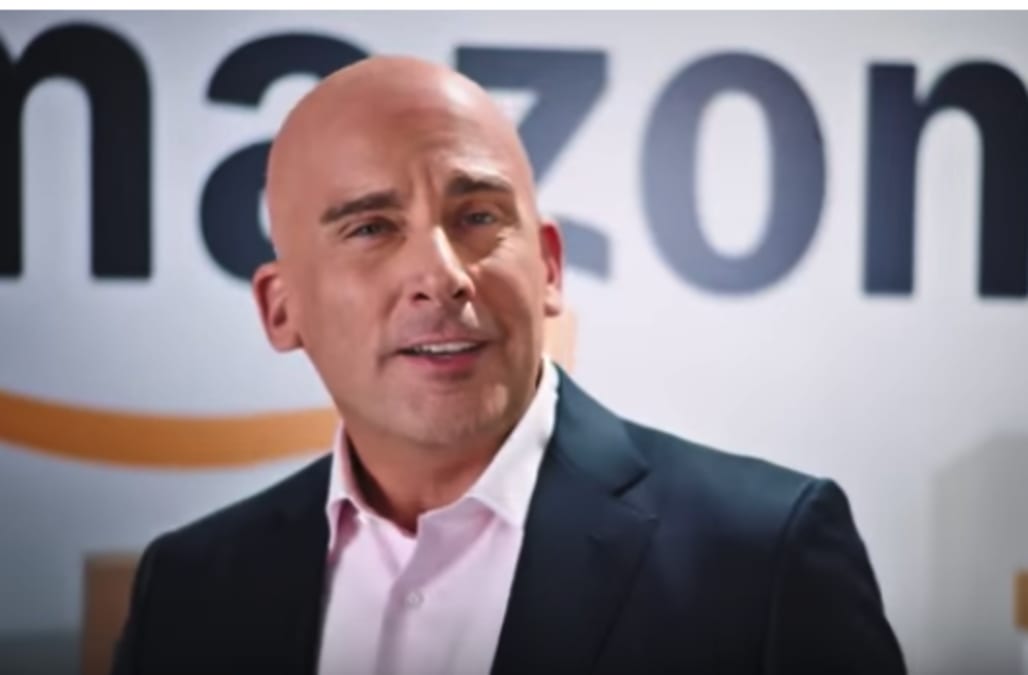 Carell’s Bezos managed to needle Trump that he was 100 times richer, smarter and funnier as he referred to Amazon’s recent decision to set up new dual headquarters in Queens and Arlington, Virginia.

“Some folks have speculated that I was somehow trolling President Trump by building one headquarters in his hometown of Queens and the other [near] his current residence of Washington, D.C., thereby overshadowing or humiliating him. But that’s simply not true,” Carell’s Bezos calmly explained.

Related: Steve Carell through the years

He then displayed several humiliating Trump headlines in his Washington Post — and announced his company’s latest post-office-free innovation: Amazon Caravan.

“Any package going to any Trump building will get delivered by hundreds of Honduran and Mexican immigrants and I’ll pick up the bill,” he explained, “unless you order [Trump’s book] The Art of the Deal, because that costs more to ship, because it’s heavier. I guess that’s the only book with four Chapter 11s.”

One last twist: The Virginia location will be close enough to Arlington National Cemetery so the company can “pay our respects to fallen veterans — even when it’s raining outside.”

Check out the video of the sketch above, and see if you can recognize the hair the Amazon delivery drones will be wearing.

More from HuffPost US:
Alexandria Ocasio-Cortez Blesses New Push To Oust Incumbent Democrats In Primaries
Steve Carell Teases 'The Office' Reboot During 'SNL' Monologue
Stacey Abrams Says She'll Run For Office Again: 'I’m Planning To Get Back Into The Ring'