Bette Midler under fire for Melania Trump tweet: 'YOU ARE OUT OF LINE!' 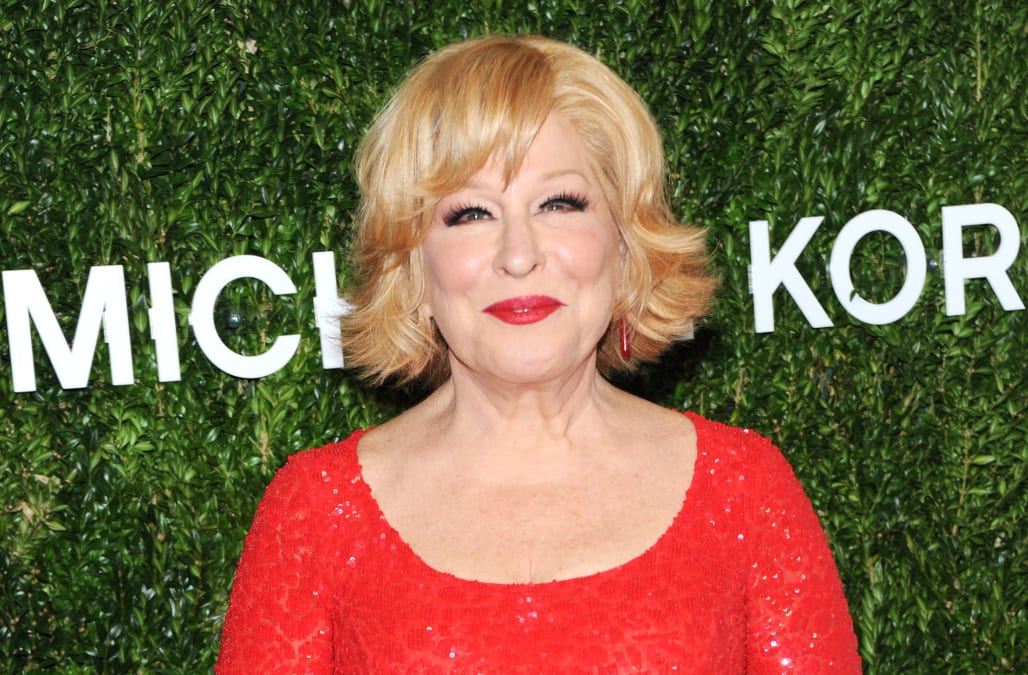 Bette Midler is feeling the heat.

The famed performer hurled yet another insult at First Lady Melania Trump on Twitter this week, and people are calling her out for being unnecessarily cruel to the former model.

"The dry cleaning bill for the upholstery on Air Force One must be insane. #FLOTITS," Midler tweeted, along with an incredibly revealing modeling photo of Trump. In the skin-baring snap, the future first lady is wearing a see-through one-piece look with silver bikini bottoms and tasseled mirrors dangling off of her.

"WOW, YOU ARE OUT OF LINE THERE!" one person wrote. "Don’t preach about respect and honor all women if you going to disrespect our FLOTUS not FLOTITS, get yourself educated! (I know it’s on purpose, but that’s just show how low is your IQ...SHAME ON YOU AND THE REST OF YOUR PARTY!!!)"

"How disrespectful to the #FLOTUS SHAME on you," another person responded. "Regular normal working Americans are very pleased with our President we have more jobs now, less taxes to pay & the economy is booming."

Though Midler got a lot of flack for calling out the First Lady, some of her followers supported her quip and lauded her for speaking out.

"Maybe I'm in the minority here, but I loved your tweet here," one follower tweeted. "It shows just how disgusting that family is, and she tries to take part of a role she's not qualified for; first ladies should have dignity. Melania obviously doesn't!"

"You're getting a lot of flack for this tweet from fans. Not from this fan," another person reacted. "I thought it was hysterical. Melania offers nothing for young women to inspire them."

Midler has yet to respond to the uproar.

A history of Melania Trump's most controversial outfits

As part of her first solo international trip as first lady, Melania visited Nairobi National Park in a white pith helmet, which drew criticism for its colonial-era past.

Melania Trump attended the General Debate of the 73rd session of the General Assembly at the United Nations alongside her husband. Her black dress was thought to be a slight towards President Trump as many people on the internet saw her outfit as a gesture of support for sexual assault survivors.

The Trumps welcomed Polish President Andrzej Duda and his wife Agata Kornhauser-Duda to the White House in September. The problem? Melania was wearing a wool coat while it was still 80 degrees outside. Furthermore, she didn't remove her coat while dining inside with the Polish first lady, which Twitter deemed not the best hostess tactic.

Melania Trump tried her hand at gardening for the second time to plant an Eisenhower Oak at the White House in August. The $4000 skirt and sky-high Louboutin heels she wore to dig soil sent the internet aflame.

"Melania is launching her new line of Gardening Attire, accompanied by the standard 4-inch heels," joked one Twitter user.

FLOTUS stepped out on August 20th in Maryland to promote her Be Best initiative and discuss cyberbullying. To the event, she wore the once-controversial pussy-bow blouse -- the same style she sported during the 2016 presidential debate after the Access Hollywood leak.

Arguably her most controversial outfit yet, Melania sported a jacket emblazoned with the words "I Really Don't Care Do You" to visit migrant children separated from their parents in Texas. The Zara jacket retails for $39.

Melania arrived at POTUS' State of the Union at the start of the new year in a white Dior pantsuit. Many members of Congress chose to wear black in solidarity with sexual assault survivors and in protest of the Trump administration: Melania stood out in all white.

Following Ivana Trump's controversial interview in October, Melania donned an emerald green shirtdress from British brand Cefinn to an official visit to Lily's Place to visit with families affected by addiction. It's the first non-profit infant recovery center in the world.

The dress was designed by former first lady of Britain Samantha Cameron. Is she reminding everyone of her status?

Alongside President Trump, FLOTUS arrived in Vegas in October to pay their respects to the 50 victims of the Las Vegas shooting. Her all-black, closed-off look drew some major criticism on Twitter.

"I'm making a public plea to Melania Trump: stop with the sunglasses (and the heels at disaster areas)," one Twitter user wrote.

Twitter had a lot to say about this picture of FLOTUS getting down and dirty in the garden established by former first lady Michelle Obama.

Her $1380 Balmain shirt wasn't the most appropriate choice for the event.

Though this photo was taken at the White House Congressional Picnic in June, the Trumps tweeted a photo from the event to wish the country a happy Labor Day the following September.

"We are building our future with American hands, American labor, American iron, aluminum and steel," POTUS wrote. Ironically, Melania's dress was designed by Mary Katrantzou, a Greek-born British designer. Twitter had *a lot* to say.

Off to help Hurricane Harvey victims, Melania made headlines when she boarded Air Force One in sky-high stilettos.

FLOTUS turned heads in a $51,500 floral jacket by Dolce & Gabbana for the G7 summit in Italy.

Wrote one user, "Melania cover your arms up, show some respect."

"Geez. The lambasted Michelle Obama for baring her arms and her is Melania Trump in conservative Israel with a sleeveless dress," said another.