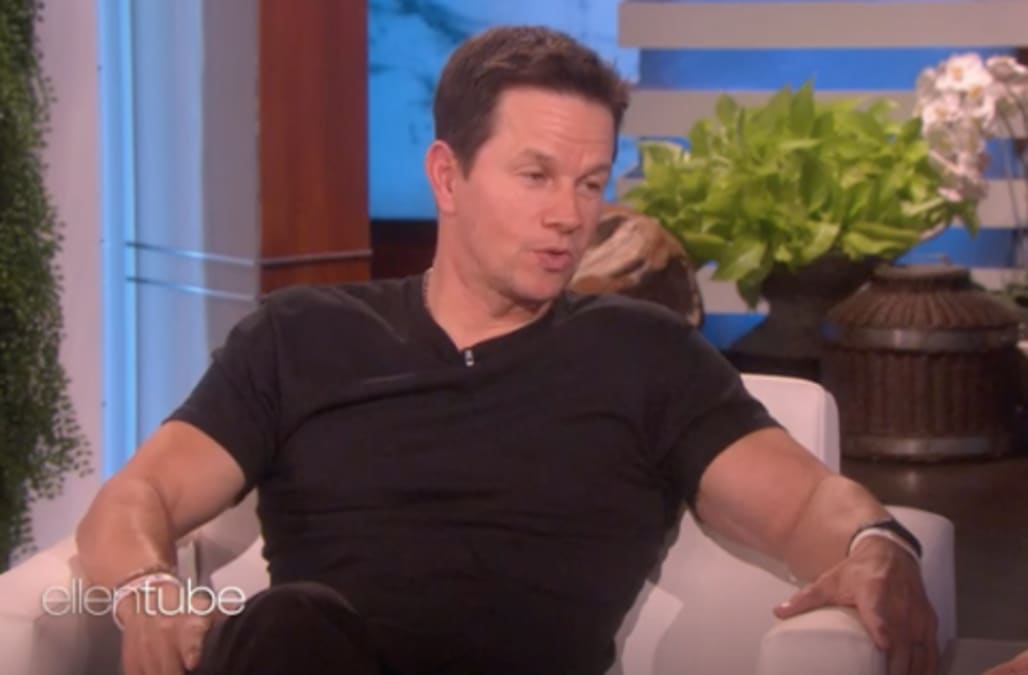 Alex Rodriguez is clearly a man of his word!

Mark Wahlberg paid a visit to Ellen DeGeneres’ talk show on Tuesday, where he revealed that he and the retired pro baller had a bet over who would win the 2018 World Series between the Los Angeles Dodgers and the Boston Red Sox. Wahlberg, being a New Englander, was naturally rooting for the Red Sox and when they won, Rodriguez had to honor his end of the bet, which involved working for the movie star!

“He had to come to Wahlburgers and basically do whatever my brother Paul told him,” the actor explained as video appeared behind them of Rodriguez working away at the family's restaurant chain. “So Paul basically started him cleaning bathroom floors. He was cooking on the grill, flipping burgers, making drinks.”

Wahlberg went on to add that Rodriguez, who played for the New York Yankees, decided to do this day of work at a location near Boston's Fenway Park, and his cheerful attitude charmed a lot of customers.

“You know what? He was doing it at our Fenway Park location and he really won over a lot of Red Sox fans, which is not an easy thing to do,” he stated.

DeGeneres also asked what Wahlberg would have had to do had the Dodgers won — and it definitely would have been more than flipping burgers!

“I made the mistake of saying that I would go and perform ‘Good Vibrations’ in my underwear at Yankee Stadium,” he revealed. “Thankfully I don’t have to deliver on that bet.”

Check out their chat in the video up above.

Jennifer Lopez Speaks Out About Alex Rodriguez's Past Doping Scandal