Joanna Gaines’ parents are the epitome of cool in throwback pic 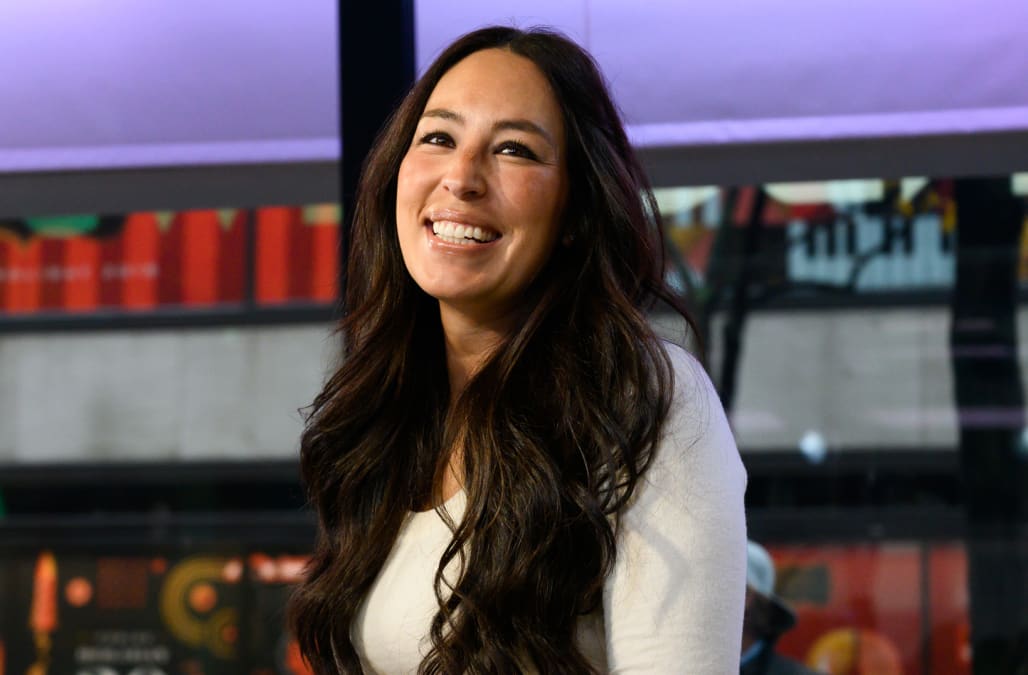 Joanna Gaines has great genes! The Fixer Upper alum shared a rare picture of her parents Nan and Jerry Stevens on Monday, November 12.

In the throwback photo posted on Instagram, a shirtless Jerry sat on top of a Jeep with Nan, who was sporting rose-tinted sunglasses. The snap was taken when Jerry was stationed in North Korea during the Vietnam War.

The couple met at a social gathering in Seoul, Korea, and tied the knot in 1972. “Interesting enough, the way my mother tells it, she spotted my dad sitting off by himself in a corner at that party and said to a friend of hers, ‘That’s the man I’m going to marry,’” Joanna, 40, revealed in her book, The Magnolia Story. “Her friends thought she was crazy, but she says she just knew.”

In her New York Times bestseller, Joanna revealed that Jerry and Nan weren’t always so happy together. “From what they’ve told me, they actually had a rocky marriage for several years,” the former HGTV personality wrote. “There were times, they say, when they didn’t think they would make it because all they did was fight.”

But the pair worked through their issues and in 2016 Joanna Instagrammed that “they’ve never been stronger.”

Joanna and husband Chip Gainesowe their marriage to Jerry! Joanna was working at her dad’s Firestone Tire Store in Waco, Texas, in 2001 when customer Chip, now, 40, walked into the shop! The couple tied the knot in 2003, and are parents of Drake, Ella, 11, Duke, 10, Emmie Kay 8, and 5-month-old baby boy Crew.

The former HGTV personalities announced earlier this month that they will be returning to television with their own Discovery network show. Fixer Upper premiered in 2013 and the finale aired in April 2018.

“I think we’re gonna really carve it out in a way that really makes sense to us and our family,” Chip explained on the Tonight Show Starring Jimmy Fallon. “It’s gonna be filmed a lot in Waco, Texas, so we don’t have to travel a lot.”

Celebrities who served in the U.S. armed forces
Well before he would become "Star Wars" villain Kylo Ren, Adam Driver served in the Marine Corps. He joined not long after Sept. 11, 2001. He has said that post-service, while studying drama at Juilliard, he had difficulty relating to other students and adjusting to a life outside the Marines. He now runs the non-profit Arts in the Armed Forces.
Actor-comedian Rob Riggle served in the Marine Corps Reserve for 23 years, during which time he was sent to Liberia, Kosovo, Afghanistan and Albania and became the rank of lieutenant colonel. By the time he retired in 2013, he had been awarded a slew of military achievement medals. Notably, he served even while starring on "SNL" and "The Daily Show."
Drew Carey enlisted in the U.S. Marine Corps in 1981 and served for six years.
Ice-T joined the army in 1977, where he served for more than two years in the 25th Infrantry Division. In 1979 he was honorably discharged because he was a single father.
After leaving college, "U Can't Touch This" rapper MC Hammer served in the U.S. Navy for three years before he was honorably discharged.
Morgan Freeman served in the Air Force starting in 1955, spending four years there and ultimately rising to the rank of Airman 1st Class.
Singer Shaggy enlisted in the Marine Corps in 1988 and served during the Persian Gulf War. He achieved the rank of lance corporal.
Before he would become one of the country's most beloved filmmakers, Mel Brooks served in the army as a corporal, where he defused land mines during World War II.
Johnny Carson joined the U.S. Navy in June of 1943. He was en route to the combat zone on a ship when the bombings of Hiroshima and Nagasaki ended World War II in 1945.
Willie Nelson joined the Air Force in 1950, serving for about nine months.
James Earl Jones was commissioned after the end of the Korean War. He became a first lieutenant.
"It's A Wonderful Life" star Jimmy Stewart had an extensive military career, and was already famous by the time he joined the armed forces. A talented flier, he became a war pilot before he was drafted in 1940. Initially rejected because he didn't weigh enough, Stewart beefed up before successfully enlisting and continued to serve well beyond the end of World War II.
Bob Newhart was drafted into the army and served during the Korean War.
Comedian Sinbad served in the Air Force while simultaneously perfecting his stand-up routines, he has said.
Sidney Poitier enlisted in the army during World War II and briefly served as a hospital attendant.
Tony Bennett was drafted into the U.S. Army in 1944 during the final leg of World War II. He was in active combat through the end of the war and was involved in the liberation of a Nazi concentration camp.
Playboy founder Hugh Hefner served in the army from 1944 to 1946 as a writer for a military newspaper.
Up Next

More from Us Magazine:
Jennifer Garner: My advice for talking to kids about the wildfires
Liam Hemsworth reveals ‘what's left’ of his house with Miley
California firefighters surprised with meal from Guy Fieri