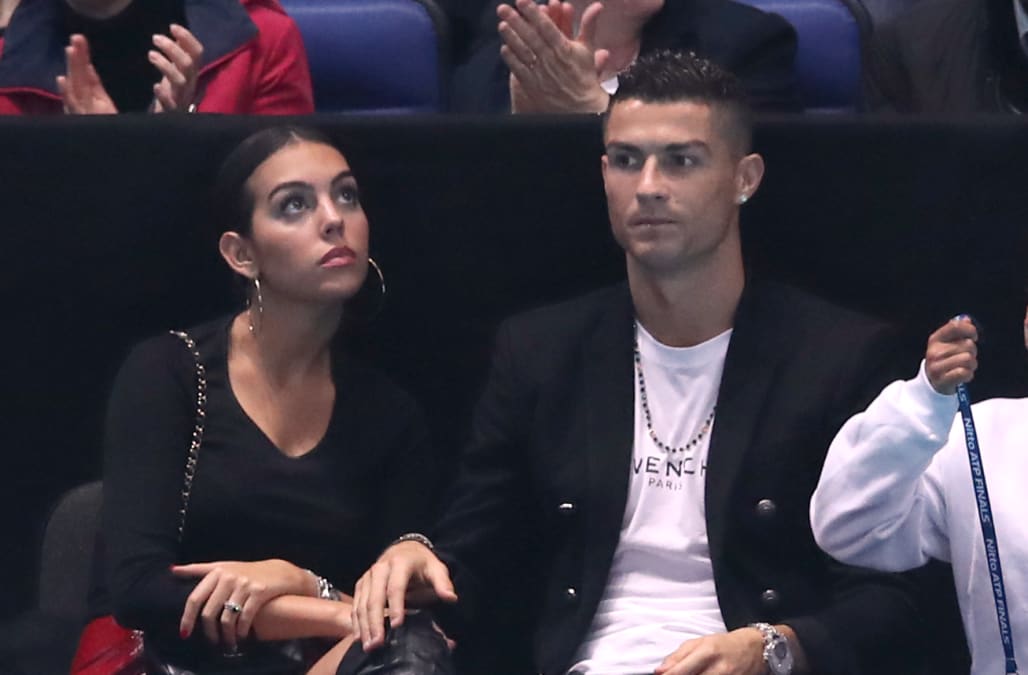 The 2018 Glamour Women of the Year Awards brought together some of the most inspiring women in show business on Monday night, where names like Viola Davis, Lili Reinhart, Chrissy Teigen and Ashley Graham stepped out for the celebratory affair.

Before heading to the awards, Teigen was spotted out and about with daughter, Luna, while Cristiano Ronaldo also spent some time with his son, at a tennis tournament in London.

More stars that stepped out this week were Goldie Hawn, Halsey, Jane Fonda and Gigi Hadid, who was greeted with flowers from fans after touching down in Tokyo!

Heather Milligan, Arnold Schwarzenegger, Rande Gerber and Cindy Crawford went on a double date to the Lakers game in Los Angeles on Wednesday.

Adam Sandler and daughter Sunny Madeline Sandler took a rare father-daughter outing to a Lakers game at the Staples Center in Los Angeles on Wednesday.

Goldie Hawn was fabulous in a shimmering silver ensemble at her charity event, Goldie's Love In For The Kids, at Annabel's in London on Monday.

Sofia Vergara rocked ripped jeans and chunky heels while out and about in L.A. on Tuesday.

Kendall Jenner attended the Chaos SixtyNine Issue 2 launch party in The Baptist Bar at L'Oscar London on Thursday in London.

"Riverdale" star Lili Reinhart was all smiles walking into the 2018 Glamour Women of the Year Awards on Monday night in NYC.

Gwen Stefani rocked clashing patterns while out and about grabbing coffee in Los Angeles on Monday.

Emily Blunt was chic as ever in an asymmetrical bodysuit on the "Jimmy Kimmel Live!" set on Wednesday.

Mariah Carey breezed through New York City on Thursday ahead of the release of her new album, "Caution."

Cardi B performed at Metro By T-Mobile Presents: Live In LA Powered By Pandora at Academy Nightclub on Thursday in Hollywood.

Gigi Hadid received flowers from fans upon her arrival at Haneda Airport in Tokyo on Tuesday.

Chrissy Teigen channeled her inner New Yorker with an all-black getup while stepping out on Tuesday.

Cardi B was positively glowing as she attended the launch party for her Fashion Nova collection in Los Angeles.

Ashley Graham was photographed walking into the Glamour Women of the Year Awards in New York City on Monday night.

Common was all smiles while getting gas in Los Angeles on Monday.

Olivia Culpo and Marissa Webb step out in NYC to launch the Designer Cocktail Series with Cointreau.

Lea Michele proved that she's holding out for warm weather in a fun polka-dot dress while running errands in Los Angeles on Monday.

Jordin Sparks attended the launch event for #FebrezeYourGear by Febreze at AKT Studio on Tuesday in New York City.

Kourtney Kardashian was spotted in an all-black ensemble while out and about in Los Angeles on Tuesday.

Sebastian Stan and Nicole Kidman attended a private dinner hosted by Audi for the film "Destroyer" during AFI FEST 2018 on Tuesday night at Public Kitchen & Bar at the Roosevelt in Los Angeles.

Halsey clutched a blush pink Chanel bag while walking through LAX on Monday.

Chrissy Teigen and John Legend were photographed heading out to the 2018 Glamour Women of the Year Awards hand-in-hand in NYC on Monday evening.

Emma Roberts stopped by the launch of Uber Rewards at an experiential pop-up in New York City. (Credit: BFA)

Viola Davis waved to fans after her appearance at BUILD Series in NYC on Monday.

Fresh off his big night at the 2018 CMAs, Chris Lane performed for fans at the Rock Bottom Restaurant and Brewery in Nashville.

Tessa Thompson was the epitome of cool walking into the "Jimmy Kimmel Live!" studio in Los Angeles on Tuesday.

"Real Housewives" star Lisa Vanderpump was all smiles while out and about in Los Angeles on Wednesday amid rumors that she's leaving the show.

Ashley Tisdale appeared on "Good Morning America" on Monday and rocked a chic leopard topcoat for the outing.

Michael B. Jordan greeted fans outside of the "Good Morning America" studio in NYC on Monday.

Lily-Rose Depp stepped out for the Chanel party at Annabel's in London on Tuesday night.

Gigi Hadid was photographed at Haneda airport before leaving Tokyo on Wednesday.

Connie Britton got all dolled up for a night out in Los Angeles on Tuesday.

"Real Housewives" star NeNe Leakes was 50 shades of green while out and about in Los Angeles on Wednesday night.

Rachel Weisz was all smiles walking into "The Late Show" in New York City on Tuesday.

Jenna Dewan was spotted on a run -- while carrying a bottle of FIJI Water -- in Los Angeles on Thursday.

More from Aol.com:
All the celebrities who stepped out for AFI Fest 2018
Liam Hemsworth reveals ‘what's left’ of his house with Miley
John Legend says 'women were rightly concerned' after Donald Trump's election (exclusive)